Get Nuts! New Research Proves That High Nut Consumption Is the Key to a Healthier Brain

Aphrodisiacs: Boosting Your Sexual Performance with the Right Food

All You Should Know about Grains | Healthy Eating Series

If you like to exercise, you know that the foods you eat can either make or break your workout. That’s because your body thrives on certain nutrients, and without them, it’s easy to feel sluggish and underperform.

Eating these foods kills your libido

Before we talk about the best foods to boost your sexual performance, let’s take a look at the foods that do just the opposite. Because as long as you continue to eat these, it can be difficult to amp up your sex drive even if you’re eating the right foods.

Your sexual drive is influenced by your hormone levels. And if certain hormones are too high or too low, it can kill your libido. One hormone, testosterone, is very important for a strong sex drive, and certain foods can actually lower your testosterone.

According to Dr. Michael Hirt, founder of California’s, Center for Integrative Medicine, “foods that are most likely to [lower testosterone levels] include cheese, yogurt, grains (bread, pasta, crackers, rice, cereals), chocolate, and alcohol.”

Why do these foods have a testosterone-lowering effect? Hirt explains that these foods increase the activity levels of an enzyme called, aromatase, which gets converted into estrogen.

Therefore, too much estrogen and not enough testosterone can interfere with sexual performance. So, while you avoid and lower the amount of those no-no foods, think about eating some libido-boosting eats. 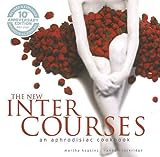 Could Spanish fly be an alternative libido-boosting method?

Spanish Fly is said to be one of the oldest natural aphrodisiacs that promises many things, starting from better blood circulation and ending with increased arousal.

The substance doesn't come without controversy though. The natural version is a product of blister beetles but the original potent version is also known for its severe health effects.

The product known as Spanish Fly and sold today as a natural aphrodisiac is not actually a product of blister beetles anymore. Instead, it usually consists of various herbal ingredients.

Herbal aphrodisiacs like the Spanish Fly might work for some but here's a word of caution: as with any substance, vigilance is necessary. Before consuming any aphrodisiacs like that or advising your partner to do so, consult with an expert and make sure you're 100% aware of any potential downsides.

Women and men need different foods to boost their libido. So, let’s find out what ladies need to really wow their partners in the bedroom. (And some of them might surprise you!)

As strange as it sounds, steak supports a woman’s zinc levels, and zinc helps to increase testosterone.

So, don’t be afraid to include some grass-fed organic beef to your shopping list and enjoy a steak with your partner. But if beef isn’t your jam, consider oysters. They’re also loaded with this mineral and make for a sexy dish.

The idea of fatty fish might not sound too appealing, but you probably already like this type of seafood. Salmon, for example, can help to improve the circulation surrounding the genitals thanks to it’s omega-3 fatty acids.

And along with increasing blood flow, it also helps to raise dopamine, which makes you feel good and maybe even sexy, too.

Along with salmon, try to consume herring, mackerel, trout and herring, all of which are rich in omega-3 fatty acid’s, too, which can support a healthy cardiovascular system and improve mood.

Foods rich in vitamin B6

Vitamin B6 is a wonderful nutrient to keep hormone levels stable in women, and it’s available in many animal protein sources, including the two foods we’ve already mentioned, as well as a bunch of others.

Poultry and eggs are another great place to get vitamin B6 to keep your hormones in balance so your libido can really thrive. 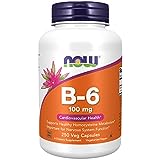 We don’t really need any justification for eating chocolate, but once you learn about chocolate’s aphrodisiac properties, you’ll feel even better about your chocolate craving. Dark chocolate contains phenylethylamine, a compound that actually releases the same endorphins that you release with lovemaking.

So, if you need to get in the mood, consider chocolate, but just make sure it’s dark chocolate, with little to no processed sugar or soy additives.

A healthy balanced is a healthy diet. So, along with steak and eggs, it’s important to include some fresh fruit and veggies with each meal to boost your sexual performance.

That’s because the antioxidants present in fresh produce can also improve sexual function, according to a study with included 59 women.

Those who stuck to a Mediterranean diet experienced noticeable improvements in their sexual performance. So, consider eating lots of berries, sweet potatoes, dark leafy greens, and tomatoes.

Peaches, cherries, and strawberries are a great choice as they’re high in vitamin C, which can boost a lady’s sex drive, along with pomegranates, which can help more blood flow in the areas surrounding the genitals.

The high levels of potassium in both bananas and asparagus can support healthy hormone production, making these good additions to your diet – just not at the same time!

And most importantly, eat with the seasons to get the most nutrients out of the local produce available to you.

There’s no more shame surrounding a big bowl of guacamole. That’s because avocados can boost the libido. What’s more, they give you a healthy source of fat so you can avoid processed and hydrogenated plant oils, which can have negative health effects.

Try these aphrodisiacs to boost your sexual performance

Apart from the foods mentioned above, there are some dietary aphrodisiacs that can work some magic in the bedroom.

The potent antioxidant in red wine called resveratrol can increase circulation, which we know by now, is key for a strong sex drive. Now, why don’t you pour a glass of wine along with your steak?

Not only does this plant smell sensual, but it’s also a turn-on. So, consider adding pure vanilla extract to your next batch of pancakes, muffins, or cookies. And if you don’t go crazy for baking, adding some vanilla to a smoothie can be a tasty way to enjoy this sweet aphrodisiac. 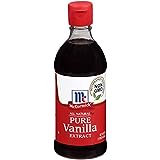 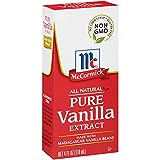 It should come as no surprise that hot chilies make it on this list of libido-boosting foods. But here’s why they’re great for your sexual performance. It contents a compound called capsaicin and this helps your body release epinephrine, or adrenaline.

So, these spicy peppers will amp up your circulation and get you feeling a little feisty under the sheets.

There are lots of foods to boost your sexual performance and increase your libido. Which ones are you curious to try?

Are You the Reason Your Husband Cheats?