Maybe your parents were strict disciplinarians. Or, maybe you resent certain aspects of your upbringing. That’s why you’re determined to raise your child differently.

But are all your free-thinking resolutions leaving you with your very own anarchist?

Children will rebel. It’s part and parcel of growing up. As parents, you have to find the fine line between allowing your children to become their own individuals, and making sure they respect social structures and systems.

To have peace and order, parents sometimes expect their children to follow rigid rules. If these go unheeded, punishment and shame usually follow suit. Other times, to prevent arguments and fighting, parents let their children have the run of the town.

In the first scenario, your child will inevitably rebel against you and your rules, and maybe even your beliefs and values.

In the second scenario, your child is already rebelling, and gets the impression that disrespect and disregard for others is not only allowable, but something that doesn’t have any serious consequences.

So, what’s the fine line that parents need to adhere to when it comes to raising respectful children, as opposed to little anarchists?

Sale
Have a New Teenager by Friday: From Mouthy and Moody to Respectful and Responsible in 5 Days
Audible Audiobook; English (Publication Language); Oasis Audio (Publisher)
−$2.50 $16.99
Sale
How to Talk So Teens Will Listen and Listen So Teens Will Talk
Audible Audiobook; English (Publication Language); HarperAudio (Publisher)
−$1.25 $16.99

Your Home is Square One

Your home is the first social system they come in contact with. This is where you set the stage for respect and obedience.

But it’s very easy for parents to fall into the trap of being a dictator and forcing children to behave a certain way simply because the parent demands it. “Because I said so” is the common justification for countless parenting directives.

But when parents demand behavior simply because they say so, it shows the child that wanting something is all that’s necessary for demanding and obtaining it.

If you want to raise respectful children, who respect not only people, but social systems in general, you have to empower your children with the reasons why respect is a good thing in the first place.

The first lesson you can teach them is that respect creates respect. This is especially true when you respect your children. Then, they will have an easier time respecting you, rather than fearing you.

Secondly, when there is a rule they need to follow, whether at home or out in public, explain to them why that rule exists, and why following it will help both him and others.

Or if he leaves his toys everywhere, many negative consequences can occur: he can lose his toys, his toys can become damaged, and other people can trip and fall over them.

What about when you go out in public? If your child doesn’t want to cross the road at the appropriate place and time, it’s important for him to know why he needs to follow traffic and pedestrian rules. It is not just for his safety, but for the safety of everyone else around him.

Divergent thinking is the cognitive skill children develop as they grow from infancy into childhood. It allows them to be creative and to think outside of the box. We all want our children to be divergent thinkers and to learn how to solve problems.

But how can we encourage creativity without inviting the problems of anarchy?

Instead of simply saying “No” to one of your child’s new, and possibly rebellious ideas, always accompany your “No” with reason. This will empower your child with rational thinking skills. Help your child see that rules are not just made to confine, restrict and limit.

Rules are necessary for certain systems and structures to keep people safe, to keep things fair, and to ensure that there is harmony and peace.

It’s your job to show that you don’t always have to agree with authority figures. However, just because you disagree doesn’t mean you can act irresponsibly.

The Problem with Permissive and Indulgent Parenting

Parenting is hard work. It takes a lot of resolve and commitment from both the mom and the dad to ensure that their child is acting respectfully. And sometimes, it’s just easier to let things slide and to turn a blind eye to rebellious behavior.

Without rules and consequences, children aren’t expected to meet high standards, and very often, they become low achievers. What’s worse, when children act out either aggressively, or in other negative ways, they don’t learn how to deal with emotions responsibly, and this can lead to abusive behaviors as they grow older.

You might not want to be “that” parent with strict rules – or any rules, at all! – but you are doing your child a big favor with rules. You’re impressing on them the importance of civil respect.

But what’s more, you’re empowering them with social skills that will support them for the rest of their life.

Sale
Have a New Teenager by Friday: From Mouthy and Moody to Respectful and Responsible in 5 Days
Audible Audiobook; English (Publication Language); Oasis Audio (Publisher)
−$2.50 $16.99
Sale
How to Talk So Teens Will Listen and Listen So Teens Will Talk
Audible Audiobook; English (Publication Language); HarperAudio (Publisher)
−$1.25 $16.99

Trouble with the Law

It might be easy to let your children get away with things when they’re younger. That goes for everything from eating unhealthy foods, high television exposure, bad behavior, etc. But permissive parenting can lead to higher cases of alcohol use, misconduct, as well as lower achievement at school.

No parent wants their child to get in trouble with the law. A bad record, full of misdemeanors and crimes, can seriously affect self-esteem, job opportunity and the quality of their life overall. So, don’t be afraid to be firm and lay down the law in your own home.

Your child is going to rebel, but you get to decide how to respond to their little bouts of anarchy. You might be tempted to shrug your shoulders and say, “Kids will be kids.”

But for everyone’s sake, don’t settle for less. Kids can either become upstanding individuals or the bane of your existence. Use your parenting skills to set them up for success. 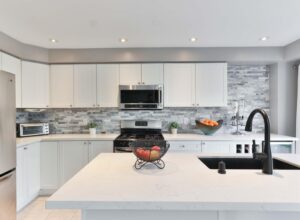 12 Most Influential and Successful Women Throughout the History

Why Are You Stressing Yourself Out? Psychology Behind Stress

Candy Danger: Find Out What Your Child Really Eats