But some sexual fantasies are totally fine, and it’s okay to broach the subject and talk about them with your partner. If you’re not sure how you’ll want to keep reading.

Do you remember the Friends episode, “The One with the Princess Leia Fantasy”? Ross and Chandler try to share their own sexual fantasies with each other. Ross likes it when women dress up like Princess Leia from Star Wars. Chandler reveals that when he’s having sex, he imagines beautiful supermodels, but unfortunately, images of his mother sneak into his mind and ruin the sex.

Not only does Ross totally judge Chandler for this, but he also starts to see his own mother when he spends time with his girlfriend, Rachel. In short, this episode is a funny confirmation that sometimes, when you share your sexual fantasies, things don’t always go as planned.

And if that’s happened to you in the past, it’s pretty understandable that you don’t want to risk getting hurt and rejected again.

But it doesn’t have to be that way. So, what are some sexual fantasies that you want to talk about (and even try), but are too scared to bring up?

What are sexual fantasies?

Sexual fantasies can be incredibly varied. It all depends on the individual. However, a lot of fantasies boil down to several prototypes: role-playing, power dynamics, partner fantasies, stories, and feelings.

When it comes to role-playing, one or both individuals act out specific roles, like a teacher and student. Or, a doctor and patient.

Power dynamics involve one individual having total control, while the other individual is submissive.

Dreaming of having sex with one specific person would qualify as a partner fantasy. And when it comes to story fantasies, you can have an entire narrative and scenario planned out in your head.

And if you’ve ever imagined how one sexual encounter would make you feel, that’s an emotional fantasy.

As you can see, there are many types of sexual fantasies and chances are, you’ve experienced one (or two) of them before. But what do we do about these fantasies?

If you feel guilty or dirty about your sexual fantasies, you probably don’t want to bring them up to your partner. So, it’s safe to say the first step you need to take when it comes to your own sexual fantasies is to acknowledge them and explore them.

So, the first thing to do is to acknowledge that – for whatever reason – you have these fantasies. The truth is, they are fantasies, and not real. And if you’re not comfortable with them, it doesn’t make you a bad person, and you don’t have to pursue them in real life.

But then, it’s also worth considering the worst thing that could happen if you do try them?

Finally, if you feel inadequate if your sexual fantasies are a bit low key and straightforward, compared to other people’s elaborate, voyeuristic fantasies, don’t. After all, a comparison is the thief of joy – yes, even when it comes to sexual fantasies.

How to initiate sexual fantasies with your partner

It’s intimidating to bring up sexual fantasies with your partner because you’re afraid of being rejected. This, in turn, implies that you know you’re about to tell them something that they may not be prepared for.

So, it’s a good idea to be a little proactive and set the scene a little – both for your sake and for his.

Give them a head’s up

If it’s taken you a while to come to terms with your own sexual fantasy, understand that your partner might not be totally prepared for it either.

So, do him a favor and let him know in advance that you want to talk to him about something important, and something that might take him by surprise.

Tell him how you feel

Focus on the fact that when you imagine your partner acting out your fantasy, you find it arousing. Most people like the idea of exciting their partner, and even if the fantasy comes as a surprise, the idea that it arouses you might make it easier for them to be open to it.

Be prepared for him to say no

He can say no, and even if that’s not the answer you want to hear, it might happen and that’s okay. It’s important to let him know how much you love him and the sex you do have with him – with or without the fantasies.

Be ready to explain why your fantasy is important to you

One reason why people reject sexual fantasies is that they don’t understand why it’s so important for their partner to experience them. So, if your partner isn’t attracted to the sexual acts in your fantasy, you could come prepared with why that particular act is important to you.

Obviously, we engage in sexual behavior because it feels good, but hashing out “why” it feels good can go a long way in helping your partner understand why one particular sexual fantasy is important to you.

Another way to explain your sexual fantasy is by showing how it brings out an attractive quality your partner already has.

For example, if your partner is adventurous in bed, maybe your fantasy allows him to tap into that even more. If he’s intimate, how does your fantasy give him an even greater opportunity to be intimate and reach high-octane closeness?

Sexual fantasies are just fantasies. Some of them are best left undone. But if you’re comfortable with them, try not to shame your sexuality or your fantasies. You can share them with your partner.

And who knows – maybe he’ll want to try them, and even share some of his own, too. 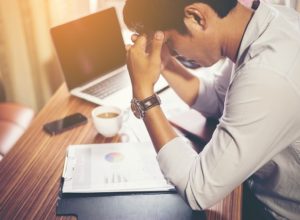 How to Cope with Routine in Spring

15 Quick Tips How to Get Better Orgasms