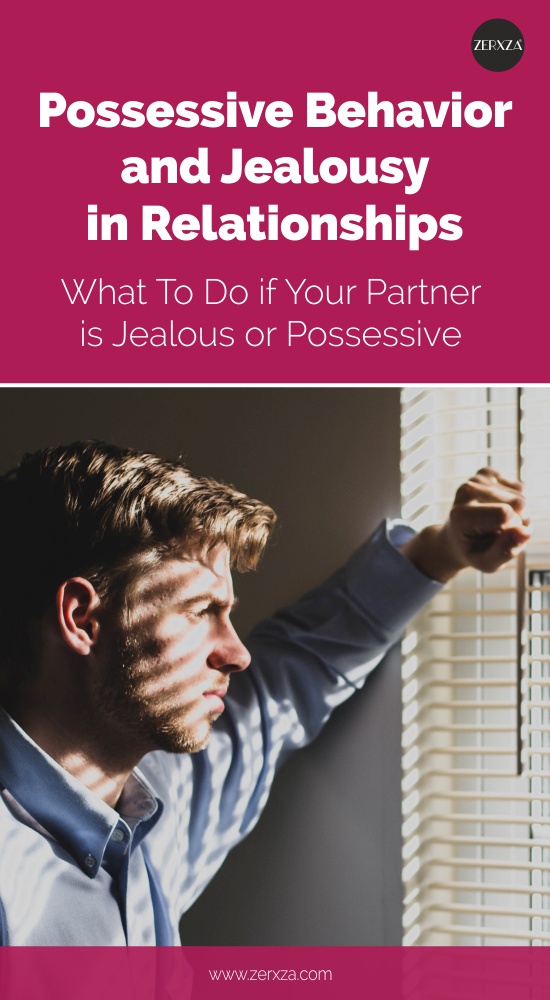 You want your man to want you, and it’s kind of cute when he gets jealous. Usually, it means he wants you all to himself and doesn’t want to share. That sounds pretty good, right? But sometimes this jealousy goes a bit too far and becomes obsessive and possessive.

How do you know when he’s no longer jealous and when he’s crossed the line into possessive behavior? And what the heck should you do about it?

It’s normal to possess things. In fact, you’ve been accumulating possessions for decades. We start out with small possessions like toys and clothes, and then our possessions grow and grow. When you’re an adult, you still have toys, but they’re just a whole lot fancier. Now, you play with an iPhone, and you drive a car. The same goes for clothing, accessories, homes, etc.

We get so used to possessing things that we assume we can possess people, too. We can never own anyone, yet sometimes, possessiveness sneaks into relationships, and it is absolute poison for any couple.

Enemies of the Heart: Breaking Free from the Four Emotions That Control You
Audible Audiobook; English (Publication Language); christianaudio.com (Publisher)
$14.95
Sale
Insecure in Love: How Anxious Attachment Can Make You Feel Jealous, Needy, and Worried and What You Can Do About It
Audible Audiobook; English (Publication Language); Tantor Audio (Publisher)
−$3.54 $20.95

Possessive guys can ruin your relationship. They make it hard for you to be yourself, enjoy yourself and feel free. Here’s how.

He tries to control what you wear

Possessive guys will give their unwelcome input about your outfit. Is it “appropriate”? Do they allow you to dress the way you want? Or, do they feel threatened when you look hot, sexy and attractive? This can be a sure sign of possessiveness.

He controls who, what and when

It’s cool to spend time as a couple with your mutual friends, but it’s also healthy to spend time apart with your own friends. It’s all a part of being an independent human being and having a healthy social life.

But a possessive boyfriend doesn’t see it this way. He always wants to know where you are, who you’re with and what you’re doing.

He might blow up your phone with endless text messages, or make you feel guilty if you go out without him.

He needs your constant reassurance

Possessive guys might come off powerful, and even overpowering, but the truth is, they are incredibly insecure. And they always need you to confirm that you like them and love them. This means a possessive guy is actually really needy and clingy.

He’s suspicious and he doesn’t trust you

Not only are possessive partners insecure, but they’re also pretty suspicious. They’re always assuming that someone is out to get them. Sometimes, that someone is you. Plus, they see other guys as one big threat.

If you’re dressed beautifully and look like a bombshell, instead of just appreciating and admiring you for your beauty, they will immediately wonder who it is you’re trying to impress.

It goes without saying that this kind of behavior makes it hard, if not impossible, to enjoy your time with both men and women.

When things get really dire, a possessive partner isn’t satisfied with your explanation about where you are, who you’re with and what you’re doing. Instead, they will downright stalk you to find out for themselves.

This means that check your messages, your phone, your inbox, your browsing history, etc. This is very damaging to the relationship on so many levels.

For one thing, it makes you feel trapped, and like he doesn’t trust you. Guess, what? You are trapped and not trusted.

He doesn’t respect your boundaries

After all the other signs of a possessive partner, this one comes as no surprise. A guy who checks your phone, reads your messages, and checks your computer clearly has no problem trespassing your boundaries.

For him, it’s the only way to be sure no one else “has” you. But his boundary-crossing doesn’t stop there. As we’ve seen, he’ll barge into your outfit choices and try to control what you wear.

If you stay with a possessive partner long enough, and things get really harmful, he will even try to control your finances, when you can leave the house, which car you can drive, etc.

So, if you notice any of the other possessive signs we’ve covered so far, consider leaving the relationship or addressing the issue head-on. Otherwise, you could find yourself in a really difficult situation later on.

He excuses his behavior as “love”

When you call him out on his possessive, out-of-control jealousy, he might excuse his behavior saying that it’s because he loves you. Sure, this sounds sweet, but don’t buy it for a minute.

It’s just a way to manipulate you, so rise above the trap. True and sustainable love isn’t about possessing, controlling or owning anyone. It’s about cherishing that individual and allowing them to be their true selves – this is a far cry from what a possessive partner does.

So, when he blames his actions on “love”, don’t settle for this excuse. Love is a whole lot better than that.

Enemies of the Heart: Breaking Free from the Four Emotions That Control You
Audible Audiobook; English (Publication Language); christianaudio.com (Publisher)
$14.95
Sale
Insecure in Love: How Anxious Attachment Can Make You Feel Jealous, Needy, and Worried and What You Can Do About It
Audible Audiobook; English (Publication Language); Tantor Audio (Publisher)
−$3.54 $20.95

Why are guys possessive?

It would be easy to say that possessive partners are the “bad guys.” But the truth is, and as we’ve already seen, possessive guys are actually incredibly insecure. And insecurity stems from a deep-rooted fear of abandonment and rejection.

He may have experienced both of these traumatic experiences as a child, or while growing up. And now, the way he copes with his fear is to try and control you so you don’t hurt him, betray him or leave him.

Unfortunately, possessive guys don’t realize that their behavior is actually the very thing that pushes their partners away.

This doesn’t make possessive behavior OK. It’s still wrong, but knowing what the potential cause is can help him deal with it. There are ways for guys to slowly build up their self-love and self-confidence.

Depending on your relationship, you might be able to support him in this. But sometimes, this responsibility shouldn’t fall on you. Take a deep look at your relationship and decide what’s best for you. Always remember: you deserve lots of love and respect, and sometimes, your role in the relationship isn’t to save anyone – even a possessive guy. 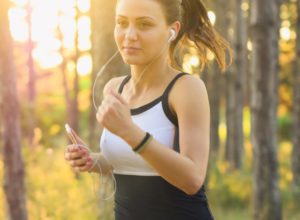 Your Complete Guide to Taking Care of Leather Clothes