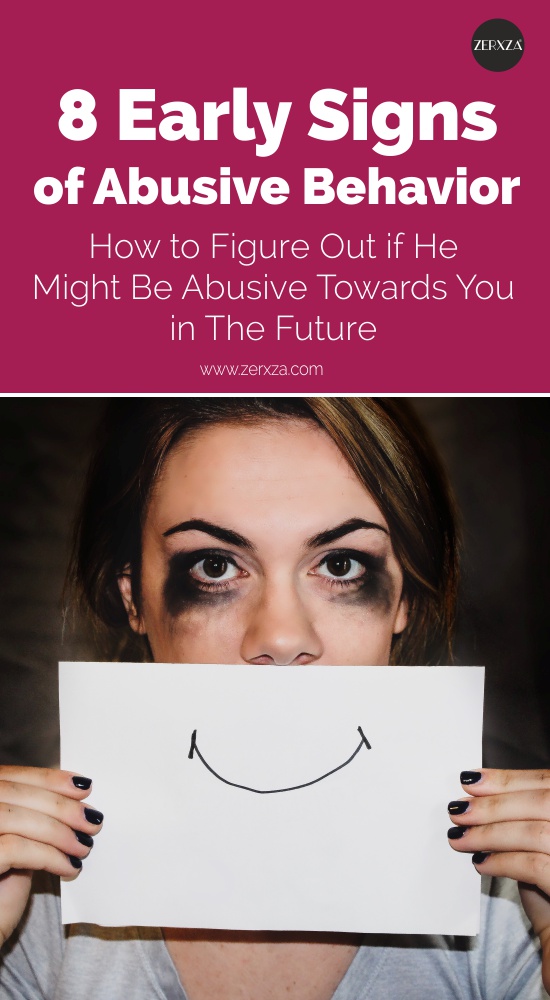 People with abusive behavior and tendencies don’t always seem bad. Most of the time, abusive people can mask their abusive qualities remarkably well.

Of course, we don’t want to assume that all guys are potential abusers, but it’s smart to know the signs of one.

If you see these red flags, run in the other direction.

Too often, abusive people hide their true selves in the early stages of the relationship. By the time you realize you’re in an unhealthy relationship, you’re attached, in love and stuck. Don’t let this happen to you.

Author and compassion expert, Steven Stosny, Ph.D., says there are ways to identify an abuser way before you get into a relationship with him.

First of all, ask yourself if the guy is a blamer. For example, does he blame all of his ex-girlfriends for being terrible partners? If so, you feel pretty good about yourself, but as Stosny warns, blame “eventually goes to the closest person.”

Sooner or later that close person will be you.

If you fall in love with a resentful person, you will eventually become the brunt of that resentment.

Another early sign of an abuser, according to Stosny, is resentment.

People who spend a lot of time and energy feeling resentful about their life and situation are actually blaming other people for all the “unfairness” they experience.

They also fail to take responsibility for their life situation and defend themselves by blaming and by being resentful. Watch out. As Stosny warns, “If you fall in love with a resentful person, you will eventually become the brunt of that resentment.”

Entitlement, combined with the other signs of an abuser, can mean he rushes into intimacy. So, he might pressure you to commit. This could mean the relationship itself, or to sexual behaviors, you’re not yet comfortable with.

If a man believes he’s entitled to have everything he wants, he can act super jealous and possessive of you, too. Yes, you want a guy to want you, but jealousy can get distorted and turn into an unhealthy obsession.

If you don’t notice this in the early stages of the relationship, look out for it if he wants to know who you talk to, or if he checks your phone without your permission.

He thinks he’s better than you

The fourth and final early warning sign of an abuser is superiority. Usually, it stems from a very low sense of self-esteem. As a result, these guys need to constantly feel good about themselves.

In order to do so, they need to put you down. They need to appear smarter than you, or more talented than you. Worst of all, they will make you feel bad about yourself. This might not show up in his physical behavior, but look out for it in the language he chooses.

For example, does he curse at you? Does he say hurtful things about your looks or your body? How about your accomplishments? If you achieve something, does he praise you, or does he put you down?

Ironically, when a guy thinks he’s superior to his partner, his insecurity needs to be constantly fed. So, guys who act superior can actually be incredibly needy.

An abusive guy will slowly but surely try to isolate you from your friends and family. He can be pretty manipulative and try to convince you that these people are bad.

This gives him the advantage since you’re only “allowed” to spend time with him and the people he chooses. This isolating and controlling behavior can escalate into him not letting you use your car, your phone or even leaving the house.

He has mood swings

Emotional regulation is necessary for a healthy relationship. Unfortunately, some men have not developed these essential skills and this can create an abusive dynamic between the two of you.

He may simply not know how to handle his emotions, and because of this, he will have quick mood shifts, making him unpredictable and untrustworthy.

Of course, these are real concerns, but it’s not up to you to fix him. In fact, staying with him and enabling this sort of behavior isn’t doing him, or yourself, any good.

Men who have poor emotional regulation skills also struggle with conflict. If he gets really fired up and overreacts during arguments, this could indicate that he is emotionally unstable, unpredictable and not safe for you.

Exploring your sexuality can be an exciting way to become even more intimate with your partner. But it should always – let me repeat – always be consensual and something you’re 100% OK with.

He makes you feel bad

All of these signs are super important in helping you identify a potential abusive guy. But one important sign is deep inside of you: your feelings. How does he make you feel? If you feel anxious around him, or if he makes you feel bad about yourself, this isn’t a relationship you want to pursue.

Or, if you’re afraid of getting into an argument with him because of how he will (over)react, end it ASAP.

Will he react badly? Absolutely. Remember, he’s a blamer, resentful, entitled, emotionally unstable and pushy already. So, he won’t magically stop being any of those things just because it’s you.

But the silver lining is that you’re not the problem. He is. And the sooner you free yourself of him – a potentially abusive guy – you are doing yourself a huge favor. In fact, it’s a brave and self-respecting act of love. 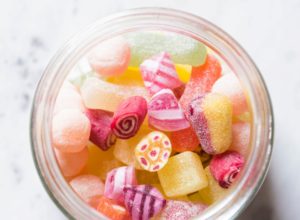 Is Glam Rock Style Making Its Way Back into Fashion?