Getting Married? 5 Things to Consider When Organizing Your Bachelorette Party

When a man cheats on you, it feels like a huge betrayal – a punch in the gut that can leave you feeling shattered and shocked. And while you never want to be paranoid and suspicious in a relationship and constantly looking for trouble, there are warning signs that can let you know that something’s up.

Some traits are pretty common across cheaters, and here are 13 that indicate that he’s probably a cheater. 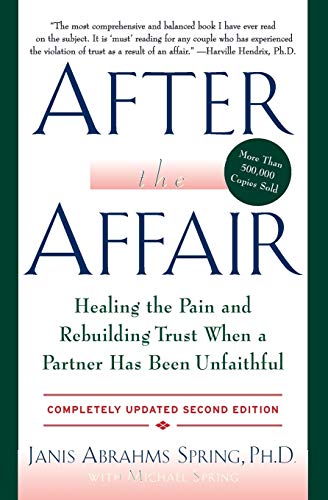 After the Affair: Healing the Pain and Rebuilding Trust When a Partner Has Been Unfaithful, 2nd Edition
$15.27

After the Affair: Healing the Pain and Rebuilding Trust When a Partner Has Been Unfaithful, 2nd Edition

Being insecure can make a man worry that he’s not good enough and make him fear rejection from you. And to assuage his insecurity, he needs a lot of attention from you.

Nonetheless, even if you give it to him, he may still feel insecure and want a back-up plan. That can come in the form of cheating.

Whether he’s cheated or not, if your partner is a cheater at heart, he has the urge and mindset to cheat.

But this can make him downright paranoid, and see cheating everywhere else – even where it’s not happening. Even in you.

For example, a cheater will accuse you of cheating if you smile at or compliment someone else – or doing anything benign like that. This paranoia, combined with their insecurity, will make them suspect you in a way that they expect you to suspect them.

Of course, not all flirtatious men are unfaithful men. But cheaters can and will flirt often, even in front of you. They don’t see anything wrong with it.

In fact, for them, it’s exciting, inviting and gives them a rush. Besides, it helps cushion their insecurity.

No matter how good he has it with you, a cheater always has hungry eyes for something better. He’s not afraid to splurge his options and feed his big appetite.

This trait goes without saying. If an individual is a good liar, it will be easy for him to deceive you when it comes to his affair.

What’s worse, he may not feel very guilty about it – after all, deception is part of his character.

Whether or not he’s a narcissist, he will share similar qualities with one. His feelings and his insatiable need for attention and admiration will trump your feelings and needs. They can be pretty greedy and think about themselves and what will make them happy.

When he and his mother are together, how does he treat her? Your partner doesn’t have to have the perfect friendship with his mother, but he does need to treat her with respect, and if he doesn’t, this should be a warning sign to you.

How a man treats his mother can indicate how he treats women – with or without respect. And just because your his girlfriend doesn’t mean he’ll treat you differently than all the other women in his life.

A cheater is able to cheat – and to continue cheating – because they don’t feel guilty about it. And if they do, it’s not enough to keep them from making poor decisions. You may observe his lack of guilt in other areas of his life and this can alert you to a potential cheater.

For example, if he doesn’t feel guilty when theft, slander, or deception happens, be careful.

We’re often influenced and impacted by our parents’ own relationship. And unfortunately, not all marriages are happy and/or successful. And if his parents’ struggled with infidelity, he may be more tempted to take that route, too.

Cheaters can be ravenous and passionate, always hungry for fresh love. That’s because it gives them a rush that committed love can’t. How can you identify these traits in him? One way to know is if his sex drive is always supercharged. Or, if he goes having on flirting with other women. Or, he’s always pushing you to have sex even when you’re not in the mood, or not comfortable doing so.

When a man starts cheating one of two things can happen. First off, he can lose interest in you, and become more distant. He may not respond to texts and calls, and his former forms of affection all but fade away into memory. That’s one indication that he’s cheating.

But the other one is a bit tricky. When a man cheats, he may feel guilty and will try to make himself feel better about it. To make up for what he’s doing, he may lavish you with attention and gifts, even though there’s no occasion for it – at least, not that you’re aware of.

It’s a bit of an oxymoron, but when a man is cheating on you with another woman, he can also be very jealous of you. That’s because he’s afraid that you’ll cheat on him, too. If a man pays you attention, or flirts with you, he can get enraged and super controlling of you.

It’s difficult for a cheater to spend a lot of time alone. Being alone means no flirting, no adrenaline rush, no attention and definitely no affairs. And this is not exactly the lifestyle of a cheater, is it?

Therefore, if your guy avoids being alone at all costs, this could indicate that he might cheat someday.

Then, take time to observe his behaviors and come to him with concrete observations, instead of wild suspicions. When it comes time to bring everything to his attention, be calm, open and honest. And tell him that you believe there are things that should be discussed and that you want to solve the issue together.

Even though you’ll want to come flying at him with insults, blame, and shame, try to take the higher ground instead.

Potentially, if you let him know that you don’t tolerate lies, but that you want to figure things out with him, you’re letting him know that it’s safe to be truthful with you.

After the Affair: Healing the Pain and Rebuilding Trust When a Partner Has Been Unfaithful, 2nd Edition
$15.27

4 Reasons a Female Lawyer Could Work Best for You

Have you considered hiring a female lawyer? How about an all-female law firm? There are matters in life where women only feel comfortable recounting...