7 Hairstyling Tips and Tricks Every Woman Should Know

Do You Even Know Why You’re Together with Your Partner?

Everything You Need to Know About Proteins

Oh, the man child. We love them in films, but in real life? They’re not always as fun as they seem. A man child is the guy who’s at once endearing and also frustrating. The life of the party and the one who drains the life right out of you. To find out if your boyfriend is a man child, keep reading for these 10 subtle signs. 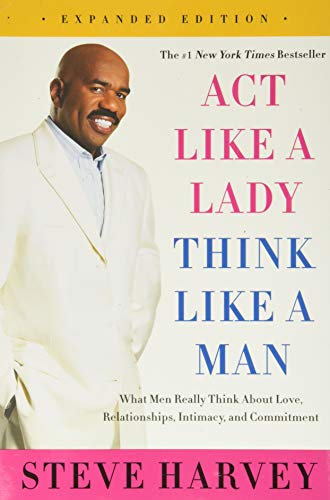 Act Like a Lady, Think Like a Man, Expanded Edition: What Men Really Think About Love, Relationships, Intimacy, and Commitment
−$5.06 $10.93

Act Like a Lady, Think Like a Man, Expanded Edition: What Men Really Think About Love, Relationships, Intimacy, and Commitment by Steve Harvey

Now, some of us are generally untidy, while others are good ol’ neat freaks. And obviously, there are pros and cons to both. But are you constantly picking up after your boyfriend – and not just his stuff?

A man child isn’t very responsible and often doesn’t have to be because you pick up after him: you pick up the bill, and you clean up his messes, both literally and figuratively.

It’s hard to step up to adult responsibilities when you’re still a bit of a child. And for that reason, a man child just can’t handle adult commitment like other guys do. Finances, starting a family, paying a mortgage – these are all steps a man child has no interest in taking.

So, if you notice him shying away from these conversations, or if these ideas of greater commitment make him run away, you may have a man child on your hands.

If you’re dating a man child, you tend to feel more like his mother rather than his girlfriend. That’s because he veers toward immature, irresponsible and unreliable behavior. And you feel like you need to stay on top of him to make sure he stays in line.

A man child’s inability to plan ahead can be because he’s just not thinking past the present moment. So, things as simple as your weekend plans aren’t important to him until the weekend strikes. Greater issues like insurance policies, financial savings, and important life decisions just get put off or ignored completely.

This forces you to step up to the plate and take on a more motherly, authoritative role, which is probably the last thing you want to do, but it feels as though you have no choice.

It’s not that a man child wants to be a jerk, but he can behave and come off as one because he’s just not thinking about the consequences of his actions. This can apply to drinking, drug abuse, being a spendthrift, flirting with other women, dropping the ball or even cheating.

Since a man child is pretty immature, despite his age, he tends to act like a middle-schooler – the guys you left behind long ago. According to Jill P Weber, PhD, “he can’t keep adult limits with alcohol, [he] abuses recreational drugs, participates in pranks or generally reverts to a middle-school sense of humor…” you on the other hand, feel like a “buzz kill.”

Because in a way, you are. You’re that motherly figure who feels the need to keep him in check. And for a man child, that’s why he’s with you: he relies on you to be the adult and to be the responsible partner in the relationship.

Some guys are just a bit absentminded and we can forgive them for that. But if your boyfriend is a man child, it goes far beyond simple absentmindedness.

For him, he just can’t commit or follow through. A promise sounds good, but it usually doesn’t come to fruition. Again, this often happens without him trying to be a jerk and trying to disappoint you. But since you’re an adult and he’s still a bit of a child, it’s inevitable that he’s going to drop the ball and leave you hanging, and probably hurting sometimes.

Perhaps one of the most frustrating characteristics of a man child is that after he acts like a middle schooler – instead of the 20- or 30-something man that he is – he doesn’t understand why you’re upset with him.

What’s worse, a man child is usually unaffected by your feelings – especially negative ones. He just ignores your negative emotions because dealing with them requires too much responsibility and commitment. It’s difficult having hard conversations, so he just avoids them entirely.

A man child can be a big dreamer, creating lofty plans and crazy adventures. And they sound fantastic. The only problem is, as much as he wants these dreams to happen, there’s a disconnect between the desire and the doing.

Sticking to a plan, making tough decisions, being disciplined and setting a schedule are a lot to ask of a man child. And for this reason, he usually dreams big but does very little.

It’s easy to see that if you’re dating a man child, you’re going to overcompensate a lot. In fact, you’ll feel like you’re pulling a lot of the weight to make the relationship run smoothly.

You’ll behave like his mother, and you’ll nag him to stick to his promises and agreements. You’ll try to have rational conversations with him about reasonable expectations, and it either goes completely over his head, or he’ll be way to apologetic for anything he’s done wrong.

And because it’s so hard to rely on him, you have to pick up where he left off to make sure things get done. Finally, he embarrasses you. So, you defend him by making excuses to your friends and family so they don’t come down hard on him.

As you can see, a man child isn’t a bad person. In fact, that’s what makes them so frustrating. They’re not out to hurt you, but their immaturity can cause you a lot of unnecessary grief.

Wearing Makeup Isn’t Bad, but Do It the Wrong Way and You’ll Ruin Your Skin Completely (or Even Permanently)

Smart marketing campaigns, beautiful packaging and branding, and gorgeous cover girls drive millions of women to cover their skin in makeup day in and...