Scared of Being a First-time Mom? 11 Reasons Why Parenting Classes Will Help You

No one wants to be rejected, especially when it comes to sex. Unfortunately, sometimes men don’t want to have sex with their wives. It’s hard to understand, and if you don’t know what’s causing his lack of interest, it can leave you feeling worried, insecure, suspicious, and angry.

But there are lots of plausible reasons why your husband doesn’t want to have sex. Here are eight of such reasons. 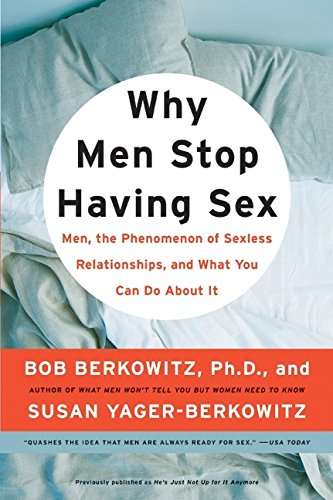 Why Men Stop Having Sex: Men, the Phenomenon of Sexless Relationships, and What You Can Do About It
$14.99 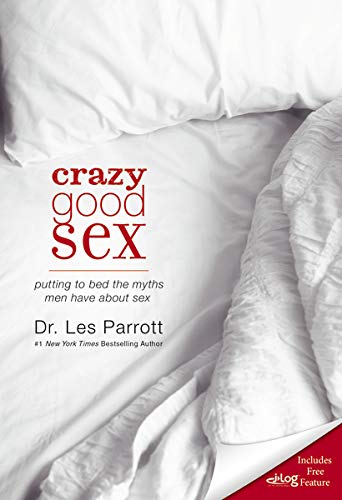 Crazy Good Sex: Putting to Bed the Myths Men Have about Sex
$16.99

He’s very involved with his career

According to a certified sex therapist, Laurie Watson, “When men are passionately involved with their careers, they can sublimate sexual excitement that would normally be directed toward their wives.”

So, what’s wife to do? One solution is to take a vested interest in his career and engage with him about his work. However, don’t be afraid to request “work-free” time when you can both focus on each other.

No woman wants their partner to think of her as a boring sex mate, but this may be the reason why he doesn’t want to have sex anymore. According to relationship expert, Dr. Bob Berkowitz, author of Why Men Stop Having Sex: Men, the Phenomenon of Sexless Relationships, and What You Can Do About It, boredom in the bedroom keeps men from having sex.

This can be devastating to hear, and chances are, your husband doesn’t want to tell you this either. Instead, he communicates his lack of interest by not having sex.

If this is the reason why he’s not having sex, is it possible that you can change that? For example, have you let your own self-care and self-love fall to the wayside?

Or, are there ways you can initiate sex more, try new sexual moves, or liven up your end of the bed? It’s easy to think that it’s the other person’s fault, but perhaps a little inner work can help him find you sexy again.

He’s having an affair

Men can cheat for so many different reasons. But one of them can be because they’re bored with their wife or their current relationship. Now, that’s never a good excuse to be unfaithful. However, it does help to explain at least one motivation for his affair.

And if his sexual needs are being met by another woman, it’s easy to see why he no longer is interested in sex with his wife.

Erectile dysfunction and ejaculating either too early or too late can threaten a man’s self-esteem, virility, and confidence in the bedroom. And as much as you want him to perform well when you’re intimate, it’s time to set aside your disappointment and be supportive of him.

While making love, try to react with kindness when he struggles with these things, and let him know that you’re there for him through thick and thin. This also means encouraging him to seek medical help either with sex therapy, coaching, etc.

According to new research, one in four men, over the age of 30, have low testosterone levels. This can lead to a low sex drive, erectile dysfunction, depressed mood and low energy levels.

How is it that 25 percent of men over 30 don’t have enough testosterone? Stress is one big factor. But so is a poor diet.

You might love to have one man to satisfy all your sexual desires. But for some men, depending on one individual for their sexual needs can make them feel weak and inferior.

Internally, he may wonder how he would deal with his desires if you’re not around, or if he loses you. These are all fear-based hypothesis, but they may drive his behavior. If pornography is the reason why he doesn’t want to have sex with you, it might seem like a lose-lose situation.

However, men can and do recover from this addiction, and you can help him do this by seeking counseling and therapy. You can also help him by giving him lots of love and support along the way to encourage him to change his behavior.

Why Men Stop Having Sex: Men, the Phenomenon of Sexless Relationships, and What You Can Do About It
$14.99

Crazy Good Sex: Putting to Bed the Myths Men Have about Sex
$16.99

Do you wait for your husband to initiate when it comes to sexual intimacy? If he’s doing the same thing, you could both be a stalemate, and then no one’s having sex, and everyone’s disappointed.

If you’re not showing him love and affection throughout the day, he may have little incentive to seek sex from you. Another reason why he’s not initiating sex is that he feels like you don’t enjoy it anymore.

61 percent of the men who Dr. Bob Berkowitz interviewed said their partner didn’t seem to enjoy sex. And if that’s the case, it might not seem worth it for him to initiate sex with you.

As you can see, when a husband doesn’t want to have sex, there are many reasons why. Maybe it’s one of these reasons, or maybe it’s a combination of several. The best way to know? Pay attention to his behavior, but also pay attention to your own behavior.

And as in all healthy relationships, be sure you’re both communicating and talking about this topic. That way, you can figure out the real reason why he doesn’t want to have sex. With open communication, love, and support, you’re both on your way to enjoying sex together again.

4 Amazing Ideas to Get Rid of Your Kitchen Mess

Doing the dishes is not a pleasant task for most people. However, those who leave them to pile up will struggle to keep a...