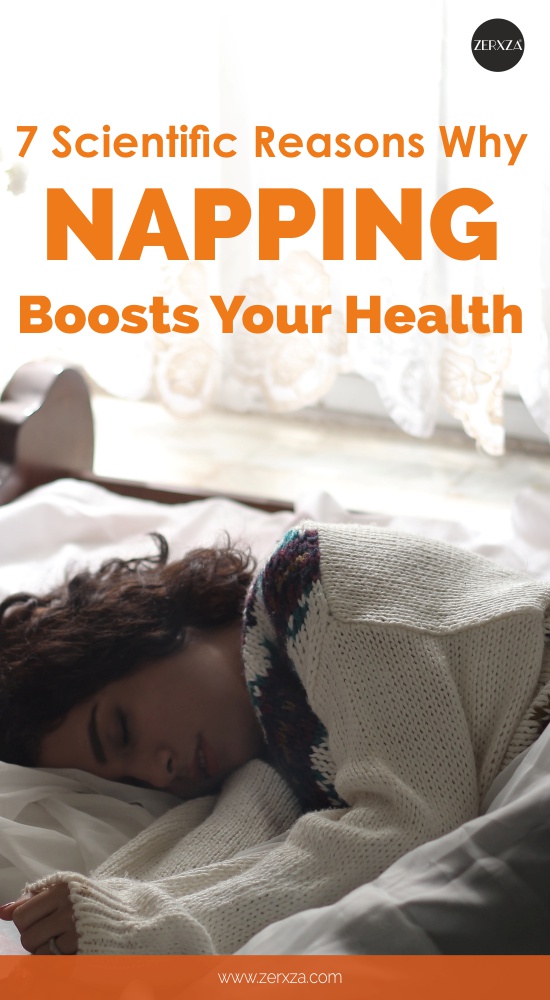 Sleeping on the job might actually save your heart as new research finds napping to bring significant drops in blood pressure, contributing to your heart’s health.

A new study “Mid-day Sleep Effects as Potent as Recommended Lifestyle Changes in Patients With Arterial Hypertension” discovered that the people who’ve enjoyed the habit of having a midday nap also appeared to have lower blood pressure in comparison to those who didn’t nap. The drop in blood pressure was comparable to other lifestyle changes that are known to bring down the blood pressure, like decreasing the salt and alcohol consumption.

Just a 60-minute nap seems to decrease the blood pressure by 3 mm Hg during a 24-hour cycle.

While these numbers might not seem significant, even a 2 mm Hg drop in blood pressure can reduce the risk of a heart attack as much as up to 10 percent, meaning that just a 60-minute nap is all it takes to keep your blood pressure at bay.

MORE FROM ZERXZA:  4 Hygiene Tips for Your Feet

“Even though both groups were receiving the same number of medications and blood pressure was well controlled, there was still a significant decrease in blood pressure among those who slept during midday,” said Kallistratos.

High blood pressure increases the risk of heart attack and stroke significantly, making it crucial for Americans to focus on their heart health. One of the lifestyle changes that has been cited as one possible factor that might help decrease the risk of heart problems is opting for the heart-healthy Mediterranean diet but napping plays a role in the Mediterranean cultural as well: people in that region are known for napping during midday, making it possible that their diet together with the tendency to nap are one of the possible reasons why Mediterranean people live longer.

Benefits of napping don’t end with lowering your blood pressure

If you have a daily napping habit, you might be doing yourself a big favor unknowingly. Napping is not just relaxing and energizing as researchers have found it to contribute to numerous health benefits.

Several studies have researched how sleeping affects our brain’s capabilities. One such study focused on naps and found that napping improved the participants’ cognitive capabilities significantly. As the REM sleep time also increased, there’s a good reason to believe that napping has a big role to play in helping to restore your body better.

As cognitive abilities increase, so does your ability to react quicker. A NASA study found that just a 40-minute nap improved the participants’ alertness by 100 percent. Our bodies tend to lose focus during the day which is often indicated by getting sleepier but a short nap breaks that cycle, boosting our bodies and “recharging” the brain, so instead of “lagging” through the day, you’ll be sharper than before the nap.

MORE FROM ZERXZA:  Science Confirms: Even Moderate Alcohol Consumption Can Harm Your Health

As you can see by now, napping does wonders for your brain. Napping improves the neural connections that are essential for forming memories. Essentially, napping helps to “reactivate” the gathered memories, making it easier to retain newly obtained information in the long-term memory.

A hormone called cortisol has a significant role to play in stress, but studies have shown napping to reduce the cortisol level, meaning it’s possible that just a quick nap will help to deal with stressful situations better and essentially make you feel more energized.

When combining the lower stress hormone level in your body with lower blood pressure, napping is a recipe for better heart health and less stress.

Some people are afraid to nap mainly because they’re afraid it will ruin their nighttime sleep, so they’ll end up wandering around the house without any sleep at night.

However, research proves that to be wrong. In fact, British researchers compared naps with caffeine as methods to get over the “afternoon sleepy hump”. And what turned out to be the most effective? The nap.

The reason for that might be related to our inner clock, also known as the circadian rhythm which dictates our physiological processes, including our sleeping pattern. While there are night owls and early birds, most of us have one thing in common: we tend to get sleepy during the afternoon. However, a quick midday nap might help that by accommodating the sleepiness and “resetting” your energy.

So instead of just dragging yourself through the midday sleepiness by drinking coffee, a quick nap might help to get yourself back to your energetic self.

It’s no secret that sleep is essential for a stronger immune system since our bodies are restoring itself during the night. One study showed that a quick nap during the day actually helps to restore the white blood cell count in our body, thereby helping to fight infections effectively. The same benefit wasn’t present in the participants who just had a regular 8-hour sleep, showing clearly how essential a quick nap can be.

MORE FROM ZERXZA:  Healthy Eating Series: How to Live with Nut Allergies

The health benefits of napping definitely don’t stop at these. The best part? Just a 10-20 minute nap is needed to enjoy these benefits. Experts suggest that even a couple of minutes help, but 10-20 minutes is the golden point where you can enjoy the best health benefits without any of the grogginess. Sleeping on the job is actually good for your health – and for your performance!

5 Activities That Strengthen Your Entire Body