Whether it’s Cyber Monday, Black Friday, or some other shopping madness, consumer society is hunting the western world and showing its ugliest side.

A frighteningly large amount of people are addicted to shopping, without even realizing that. To satisfy their shopping binge, many take additional credit or max out their credit cards, resulting in terrible debt.

Since so many people are having credit issues due to simple shopping habits, it’s important to understand why people even act that way. What makes you hit that “add to cart” button and spend money? Even the kind of money you don’t really have?

The reason is quite simple: spending money creates a certain feeling of joy or satisfaction.

The human brain works in mysterious ways. The thing is, our brain has a certain “happiness chemical” called dopamine which is triggered in the brain as a reward and making you feel good. With dopamine, your brain lets you know that whatever you just did is something you should do more (so you’d get your next “dopamine hit”).

Scientists have found that shopping is one of the triggers that makes your brain release dopamine.

Of course, things are not really that clear-cut. Clearly, people have impulse control and no one opens their purse strings without giving it some thought. One 2007 study explored this further to see how the brain reacts during shopping. When people were shown different items they could potentially purchase, the “happiness center” in the brain activated.

However, when participants were told the price of those items, other parts in the brain activated. Those parts were the decision-making ones together with the pain center.

In other words, the study found that when you realize you have to spend your hard-earned money, it kind of even hurts your brain. Or at least that’s how your brain translates the situation and therefore, stops you from spending aimlessly.

All of us have perfectly functioning impulse control in our brains. But why is shopping addiction such a wildly spreading problem?

The thing is, for some people, the instant satisfaction resulting from the dopamine is so great that it simply outweighs the negative sides. Some people might also have overly active dopamine receptors that create too much dopamine.

If you feel happy after shopping, it’s actually just because your brain released dopamine. However, this reward system might also lead to shopping addiction. 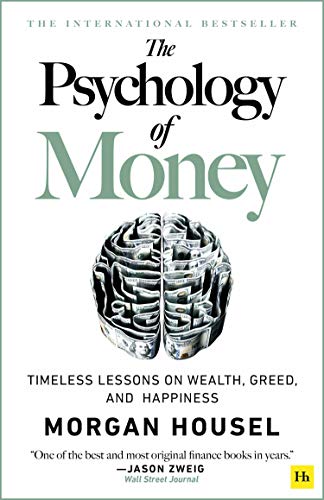 Though the dopamine reaction is purely physical, you can’t deny that shopping makes you happy due to several psychological reasons. Here are 5 such reasons that might make you shop more and more.

1. You feel as if you can control things better

Has your boss ever yelled at you, though you did nothing wrong? There are many moments where you might feel as if you have no control over your life. This is especially true in 2020 when it feels as if the world is constantly throwing curveballs on your way.

As a result, you might feel angry, stressed, and sad.

To gain back some control in their life, some people start shopping since the whole act of shopping kind of gives whole control to your hands. Need another size? Ask customer support to solve every issue! You can simply control the outcome completely.

For that reason, shopping gives you a certain satisfaction and restores your self-confidence.

2. Shopping gives you back hope for the future

One of the reasons why people feel anxious, sad, or stressed is the fact that they feel as if they’ve lost all hope.

Now imagine scrolling through an online shoe store. While watching shoes, you probably imagine wearing some pairs with your favorite outfits. This idea gives you positive anticipation, especially if you decide to buy the shoes and anxiously wait for the package.

Even if this feeling of hope seems so frivolous, it gives you something positive to wait for. In very stressful situations, even these small rays of hope can be hugely powerful.

3. You can solve problems

While shopping, we’re all solving small problems. Your dining room table looks ugly? A new table cloth might help. Sitting on the couch is uncomfortable? New cushions might come in handy. Your hands are too dry? Beauty stores probably have a solution.

Solving even trivial problems helps to increase your confidence. After all, if you can solve tiny problems, you can definitely conquer bigger obstacles!

Imagine you saved money to buy high-quality shoes, so you could go to an important meeting. While wearing those shoes, you’ll probably feel more confident and more willing to tackle important things.

Shopping might release dopamine but if you use that reward system strategically and only from time-to-time, your confidence might increase as a result.

5. It helps to break the routine

Have you ever felt as if every day looks the same? Feeling as if you’re stuck in your life? Routine can be weary.

Shopping puts you in a new situation and a new environment. This small refreshing change of pace may help make you more productive and, in general, happier, just because you changed your daily routine.

A little shopping trip during your lunch break might be the exact thing that the doctor ordered!

Why does spending money make you feel guilty sometimes?

Shopping can create controversial emotions. On one hand, you might feel great but on the other, you might feel extremely guilty. How is it possible that spending your money on yourself can torture you, instead of making you happy?

So how to get rid of that nagging guilt? By making a proper budget. With a budget, you can avoid useless spending and impulse buying. But at the same time, if you designate a certain amount as “fun money”, you never have to feel guilty if you spend that money to pamper yourself or go out.

With a clear budget, you never have to feel guilty because you know exactly how much impulse buying you can afford each month. 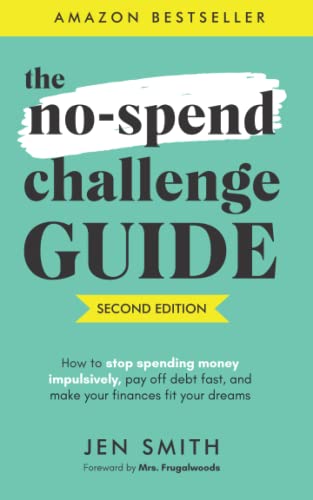 Thousands of Americans dream of hitting those Powerball numbers, hoping that a big win will make them happy. “If only I would have a new car and a new house… I’d be so happy,” they muse.

Studies have shown that a bigger income might not necessarily bring that happiness. Dopamine bursts are momentary, not permanent.

What higher income might do is “buy” more time. For example, if you order a cleaning service, you don’t have to spend your own valuable time cleaning your house. A 2017 study found that people who spent their money on time-saving services were more satisfied with their life.

New fancy shoes might not make you happy but if you spend your money on useful services, you might find more satisfaction in your life. A bigger income might indeed decrease stress because it’s easier to solve problems. But the fact is, happiness comes from within, not from your wallet.

Should you hunt that dopamine high? No, not really. Instead, create a monthly budget and don’t sneak past it. This way, you can avoid spending too much money and keep your hard-earned cash on things that are truly worth buying.

6 Durable and Resistant Fashion Items for Your Next Outdoor Adventure

Autumn is a favorite time for many people. The crisp, cool weather, along with all the vibrant colors of the harvest season are easy...