When Diy Goes Too Far: Is It Fair to Copy Any Brand?

How to Wear Hazelnut in Winter

Valentine’s Day: Is It Really About Love Nowadays?

Valentine’s Day is coming on February 14th, but it seems like it can’t come soon enough for many of the stores and shops. In fact, it seems that as soon as Christmas is over, the stores fill up with Valentine’s Day products all about love and romance.

But is it really about love nowadays? Let’s take a peak at the history of this holiday to see how it began and what it is now.

Valentine’s Day was actually a pagan feast in ancient Rome

Valentine’s Day is sometimes also referred to as Saint Valentine’s Day, and that’s because it was named after a Catholic saint – Valentine, who lived around 300 A.D. But this holiday had already been a pagan feast with the Romans celebrated long before Valentine.

The original celebration was of Lupercalia, and it celebrated fertility and agriculture. And according to some legends, Roman women would randomly choose the name of the a local bachelor and these pairings sometimes ended in marriage.

But who is Valentine? There are many different stories and legends surrounding the original Valentine, but the most popular one is that Valentine was a man who tried to help Christians escape persecution.

Because of his actions, he was imprisoned by the Roman, and while he was in jail, he sent a love letter and signed it with the words, “from your Valentine”. And this legend is now the origin for our own tradition of exchanging valentines with or friends and family, but it took many years for this tradition to take root.

Valentine’s Day becomes a romantic holiday during the Middle Ages

Even though Valentine lived in around 300 A.D., his holiday didn’t become a romantic day until many centuries later. And by the 18th century, people in the United Kingdom, Canada, Australia and even France and Mexico celebrated this holiday with handwritten notes, filled with affectionate and loving messages.

Soon, printing technology improved and people were able to use already-made cards and in the United States, mass-produced valentines became available in the 1840’s. And this has continued to this very day.

But as you know, a Valentine’s Day card is now just one of the many gifts people are expected to give and receive on this romantic holiday. In fact, even though Americans spend up to $1 billion on Valentine’s cards, these items take a backseat to the other costly displays of affection.

People give flowers, jewelry, and candy on Valentine’s Day

Gifts are a thoughtful gesture to show your love to someone, but with the Valentine’s Day industry, giving someone Valentine’s day gift can be very expensive. Consumers in the United States actually spend billions of dollars buying flowers and other gifts every Valentine’s Day.

For example, a dozen long-stemmed roses – the stereotypical bouquet which over 60% of consumers purchase- can cost as much as $140. All in all, Americans can spend up to $2 billion on Valentine’s Day flowers!

Jewelry is another popular gift for Valentine’s Day in the United States, and an estimated 20% of consumers reach for silver and gold on February 14th. According to the National Retail Federation, they can spend over $4 billion.

Candy might seem cheaper than both fresh-cut flowers and high-quality jewelry. And it is, but with the amount of money spent on chocolate and candy – close to $2 billion – it’s another costly gift for your sweetheart.

In the end, Valentine’s Day is centered around the idea of love and romance, but usually, consumers get caught up in materialism and spend lots of money to sow this love with items, some of which are valuable and others which are disposable.

With so many people buying on Valentine’s Day, it’s easy to feel peer pressure to do the same. Conversations at work and among friends about Valentine’s Day gifts can often become a comparison game and you might feel like you have to prove yourself to your partner with an expensive display of affection.

But many of us are still recovering from an expensive holiday season and the financial stress and peer pressure can make this holiday anything but the romantic, affectionate day it’s supposed to be.

So, how can you and your partner celebrate Valentine’s Day without all of the commercial pressure that comes along with it? Here are some simple ways to exchange your love.

A little bit goes a long way and surprising your partner with his favorite breakfast in bed is a thoughtful way to make his day a little more special. And don’t feel tempted to make an Instagram-worthy breakfast. Just make him what he likes and he’ll love it.

Instead of picking up a pre-made Valentine’s Day card, why not write lots of little notes with sweet little nothings written on them and put each one inside a balloon. Then, decorate your home with these inflated balloons to create a fun atmosphere with a surprise note in each one. 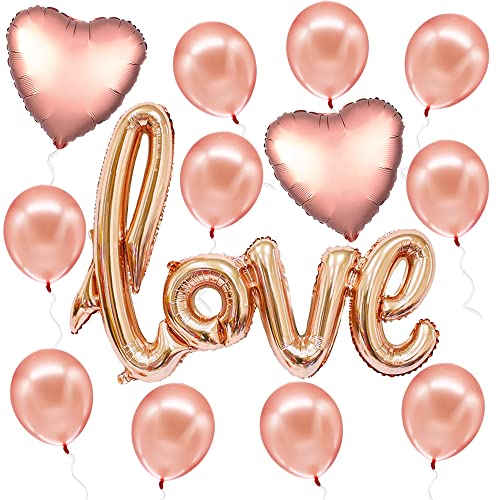 Your partner probably looks in the mirror every morning while he’s getting ready for work. So, why not make that mirror the backdrop for your personalized messages?

Take sticky notes, and for each one, right down one thing you love about him. It can be everything and anything – the more the better! And you can even try to cover the entire mirror with your love and affection. Believe us, he won’t mind!

If you’re on a tight budget, or just don’t want to buy into the mass consumerism surrounding Valentine’s Day, you can fill a mason jar with love coupons. For each slip of paper, write down one coupon he can use.

Some examples are a special dinner you make, a surprise date to his favorite place, a back rub or massage, or whatever is perfect and relevant to your relationship.

Couples can spend an arm and a leg this Valentine’s Day – all to keep up with a very consumeristic holiday. But you don’t have to. In fact, you can show your love in many ways that are just as meaningful even if they don’t cost a lot.

During your child’s younger years, they tend to do a lot of exploring and try to test the limits. Sometimes, this can lead to...