The Future of Fashion Industry: Where Is the Textile Industry Heading

Do You Know What Makes Your Child Hyperactive?

If your child is hyperactive, your first thought might be ADHD (Attention Deficit Hyperactivity Disorder). It’s a common diagnosis given to thousands of children throughout the United States. And medications are often necessary to help these kids function normally and comfortably in diverse social settings.

However, this medical condition, along with other diagnoses, might not be the reason why your child is so active.

So, before you place your child on strong medications, which may or may not be safe for long-term use, consider these other viable causes for their hyperactivity.

An intolerance to gluten can actually interfere with neurological and psychiatric functions.

In fact, Celiac’s disease often shows up in children with ADHD. So, if your child is both very hyper and consumes lots of gluten, you might consider feeding your childless gluten-containing foods.

You can replace wheat with gluten-free grains like rice, quinoa, amaranth, buckwheat, and millet. A simple dietary change like this could make big changes in your little one’s behavior.

Does Your Child Have a Leaky Gut?

What does the gut have to do with mental health?

Well, Dr. Michael Gershon calls our gut the “second brain” because the health of our gut is deeply connected to brain health.

Leaky Gut is a condition in which the lining of the digestive system is damaged. This means that toxins and proteins that usually stay within the digestive system leak out into the body. The body sees these foreign substances as a threat and tries to defend itself. This can lead to physical and mental problems.

When the digestive system leaks toxins and proteins into the body, your child’s mental health can be impaired. That’s because an important neurotransmitter, dopamine, goes out of balance when the body is trying to fight food intolerances and allergies. Dopamine is connected with attention, focus, and motivation. 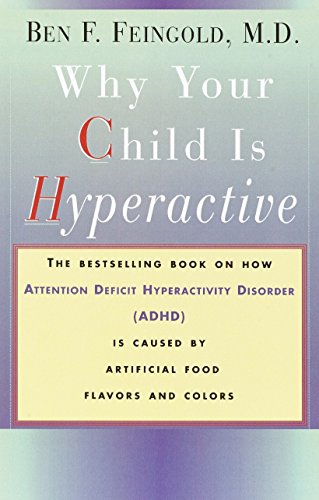 Why Your Child Is Hyperactive: The bestselling book on how ADHD is caused by artificial food flavors and colors
$17.00
Sale 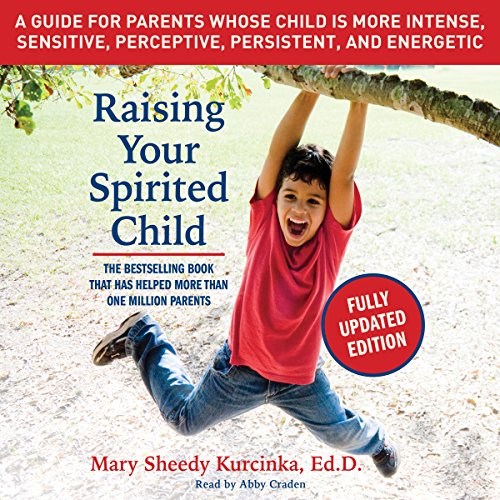 Raising Your Spirited Child, Third Edition: A Guide for Parents Whose Child Is More Intense, Sensitive, Perceptive, Persistent, and Energetic
−$2.25 $15.74 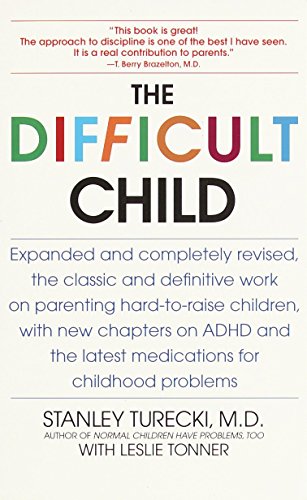 How does anyone end up with leaky gut?

It can happen when there’s not enough good bacteria or gut flora. It can also occur when there’s too much stress, antibiotics, steroids, a diet high in processed foods and genetically modified foods, and inflammatory foods like sugar, gluten, dairy, and soy.

If you suspect that your child may be suffering from leaky gut, there are many health experts that offer safe and natural healing solutions to restore both physical and mental health.

It might also be worth having allergy testing done to rule out foods that might be affecting your child’s behavior.

All of your child’s constant fidgeting, moving, talking and interrupting can be the result of all the sugar he’s consuming. This is especially true if your child’s diet is full of processed foods, which is where most of our dietary sugar hides.

Most medical resources debunk the sugar and hyperactivity connection. Their findings may be correct, but since the sugar industry is highly profitable, it’s worth asking who’s funding these research projects and whether the findings are in any way biased.

On the other hand, Dr. Mercola still holds that too much sugar can increase insulin levels, which means blood sugars inevitably crash. This condition, called hypoglycemia can lead to feelings of anxiety, agitation, depression, anger, and even panic attacks.

Dr. Mercola reminds us that sugar does lead to chronic inflammation in the body, and too much sugar can negatively impact mental health.

Joel Nigg, a professor of psychiatry, pediatrics and behavioral neuroscience at the Oregon Health and Science University co-authored this study in 2012. In it, he observed that color additives have an impact on hyperactive behavior in children.

The European Union now requires that products using six of the potentially harmful dyes must label the product saying that it “may have an adverse effect on activity and attention in children.” As of now, the FDA doesn’t see the need to include this disclaimer on any products, which is unfortunate.

Even the highly reputable scientific journal, The Lancet, published this study, which found that food colorings do lead to increased levels of hyperactivity in children. Plus, countless parents are now demanding color-free foods for their children.

Soda, juices, candies, cereals, Macaroni and Cheese, baked goods, frosting, and icings. These are only some of the places where colors are added.

Do You Discipline Your Child?

Some parents shy away from being tough, but loving disciplinarians, because they don’t want the inevitable fight, tantrum and meltdown. But if you don’t take the time and make a concerted effort to discipline your child, you’re condoning detrimental behavior.

Diane Ehrensaft, Ph.D., and author of Spoiling Childhood says that “If you’re continually a pushover, there’s no incentive for your children to comply. As a result, your children listen to you less and less, and their misconduct gets worse and worse.”

Unfortunately, this worsening misconduct doesn’t stay within the confines of your home. This learned behavior accompanies your child to school, social events and even into adulthood.

What’s worse, if parents don’t discipline their child properly, she can be mistakenly diagnosed with ADHD, and start taking potentially harmful medications.

Why Your Child Is Hyperactive: The bestselling book on how ADHD is caused by artificial food flavors and colors
$17.00
Sale

Raising Your Spirited Child, Third Edition: A Guide for Parents Whose Child Is More Intense, Sensitive, Perceptive, Persistent, and Energetic
−$2.25 $15.74

Sure, teachers and parents want compliant kids because it’s just easier to deal with them. But sometimes, younger, or masculine or simply more active children are misdiagnosed and medicated because it’s more convenient for others.

Allen J. Frances, M.D. suggests that we replace words like “hyperactivity” with words like, “energy” and “enthusiasm”. He says that in many cases, that’s what you’re really dealing with. This might require more interaction and engagement from parents, but it’s a healthier approach in the long run.

Handling your hyperactive child requires a lot of responsibility from parents. It’s easy to resort to conventional medications, but with some attention and patience, you can help them behave in a way that benefits both themselves and others.

Now that sweater weather is back, it’s time to pull out your faux leather fashion items. They’re the perfect way to transition in and...