Fashion is exactly like four seasons. Each year is a little bit different but in the end, the circle will repeat itself again and again.

2019 spring/summer fashion week which put down a landmark on how fashionistas all over the world are going to redefine their wardrobe proved once again that fashion repeats itself. Sooner or later, old trends are revived and will reign stronger than ever. You might think your mom's wardrobe looks funky right now, but in a few years, you'll yearn for those exact clothes – because soon, your mom's and grandma's wardrobe will be all that you'll want to wear.

What exactly should you keep an eye out for this year? Below we'll introduce 11 trends that made their way to the 2019 spring/summer fashion week runways but are actually as old as… well, your mom's wardrobe.

Neon has been on-and-off on the fashion trend radar these last few decades but as many of you know, it all started in the 80s when people started dressing more freely.

Neon started making the waves primarily due to pop music icons like Madonna or Boy George and soon, everything was neon – clothes, shoes, accessories. Madonna is the one true 80s fashion icon and neons were good for her, they sure are for us!

Neons aren't the only trend that originates from the 80s. Welcome back, big shoulders! Jackets with big shoulders are the quintessential 80s “thing”. You've probably seen those hanging in your mother's closet and wondered how could something so strange be worn. Shoulder pads, really?!

Well, think again because numerous fashion designers point towards that direction. Big shoulders are a thing again and we can't say we don't like it.

Get the look: Rock hot pink in your office with this HyBrid & Company blazer jacket. 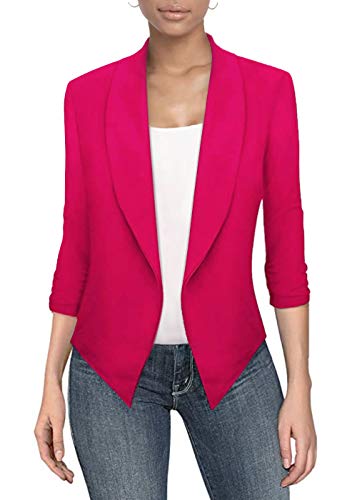 Chloé's feminine chic style reigned on this year's catwalks as well but this time, the modern boho influence was stronger than ever, hinting a possible boho revival. For a while, it was believed that the new boho wave is dying but Chloé might be on to something with their feminine take that suits perfectly for busy modern women.

Get the look: Get comfy with this MAKEMECHIC maxi dress that literally suits for anyone. 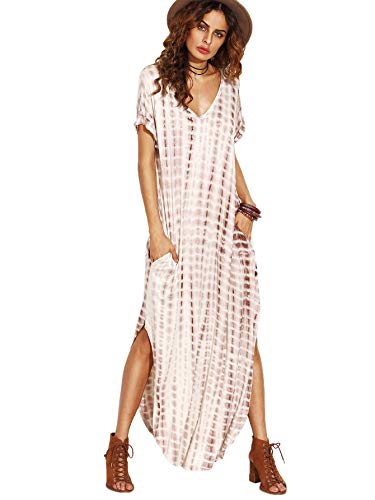 The nautical style made a huge comeback this year, but in addition to striped shirts and chinos, fishnet pattern found its way back as well.

Though fishnets are traditionally associated with lingerie, this new trend applauds a wider pattern that isn't quite the same mesh-style you're used to. Instead, designers are loving the big-knit style.

It's not the first time the fishnet pattern becomes a thing outside the lingerie department though. From Gwen Stefani rocking a funky fishnet top in her “Hey Baby” music video to countless punk-chic girls rocking a mesh top over their bra. Fishnets are funky, rebellious and just ridiculously cool.

Get the look: Enjoy the hot sun with this beach dress from Kistore in Amazon. 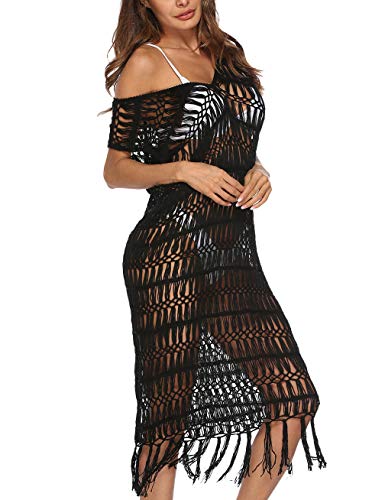 The polka dot pattern is quite likely one of the most empowering trends out there. This chic strong look gives a clear impression of you being an independent woman who doesn't take no for an answer and goes through life with her head held up high.

Polka dots are, in a way, like the little black dress – timeless, always in our mind but not so clearly trendy. This is about to change though since 2019 spring/summer fashion week was loving polka dots more than ever.

The love of polka dots began in the 20s when Miss America posed in a polka-dot patterned swimsuit after which the lovable Minnie Mouse took a certain place in our hearts with her feminine red polka dot dress. The pattern has always been somewhere in the designer's hearts, representing femininity and strength. Considering the empowering movements in today's society, polka dots are exactly what fashion needs!

Get the look: Look like you mean business with this Malaven polka dot jumpsuit. 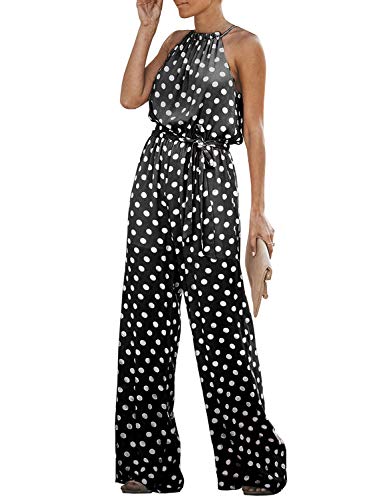 “Florals? For spring? Groundbreaking,” said Miranda Priestly in The Devil Wears Prada. Elie Saab, as well as several other designers, was bold enough to indeed go for florals and it turned out to be the best decision ever. Femininity was a recurrent theme in 2019's fashion week, so it's no surprise the beautiful full skirt also found it's way back in our hearts.

Influenced by the 50s, the midi full skirt is perfect when combined with a little crop top and your favorite pumps. If your heart yearns for a feminine look, this style is for you.

Get the look: Want to look like a true 50s diva? This GRACE KARIN high-waisted pleated midi skirt will do the trick. PS: it doesn't even cost $20! 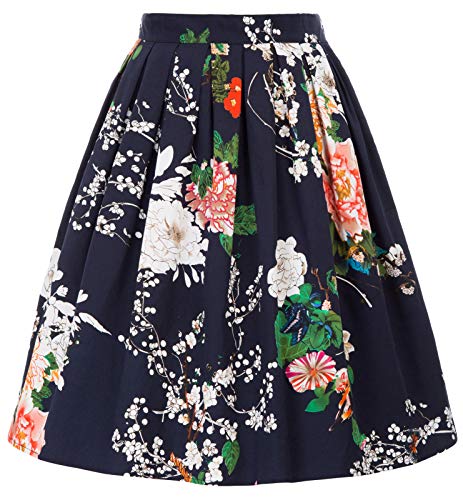 6. Everything shiny (and with big shoulders, preferably)

Big shoulders and puffy sleeves rocked on the Isabel Marant show, but this time in combination with a shiny silver tone. Metallic tones also dominated in 2019 spring/summer fashion week makeup styles but looks like silver and gold will find their way into our wardrobes as well.

Similarly to neons and big shoulders, metallic clothing also gained its initial popularity in the 70s-80s when disco and pop music spread widely. The shinier, the better – that's the motto of the disco era and looks like it's going to be this year's new catchphrase as well.

Get the look: Bring some shine to your days with this comfy Allegra K stretchy metallic top. 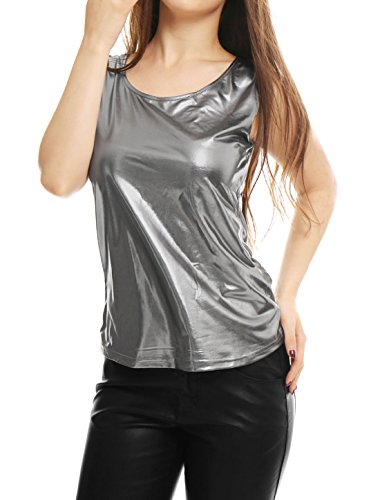 From boyfriend jeans to boyfriend jackets – basically, you could loot your boyfriend's whole closet to be the chicest fashionista on the block.

In addition to puffy sleeves and wide shoulders, big structural jackets were all the rave during fashion week. As Louis Vuitton showcased, the oversized jacket could be combined with feminine details to create an interesting balance.

Get the look: Look stylish yet comfy with this SheIn oversized boyfriend blazer. 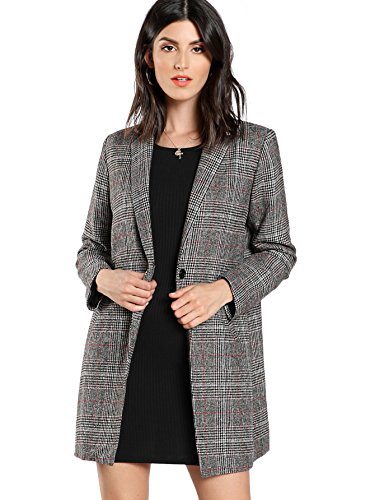 As much as neons and shoulder pads are an 80s thing, tie-dye shirts are a 60s thing.

Tie-dye shirts were an unshakeable part of the 60s hippie movement but the actual origin of tie-dye goes back to ancient China where a technique called shibori was used as early as in the 8th century. Shibori was used to create beautiful patterns on kimonos by either stitching elaborate patterns on the fabric or wrapping the fabric around wood or rope before dyeing.

Psychedelic tie-dying which you might know better became popular after several stars (including Janis Joplin) wore it. Now, this trend seems to be back for summer 2019.

Get the look: There are tons of fun tie-dye tops out there but we're loving this Romwe's sleeveless tie-dye tunic top that you might just want to wear whole summer long. 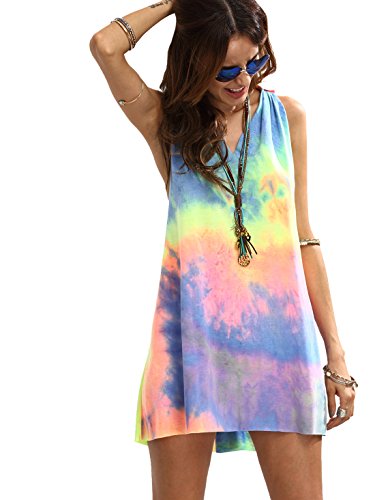 Glam rock style, of course, is nothing new, but up to 2019, it mostly lived on in glam rock followers. This rock music style originates from the United Kingdom in the early 70s when artists like David Bowie, Iggy Pop, and Slade reigned the charts.

Leather pants, androgynous style, glitter, and gold – expect to see these all over the shops soon.

Get the look: Look like a real rockstar with this ASMAX gold sequin romper. 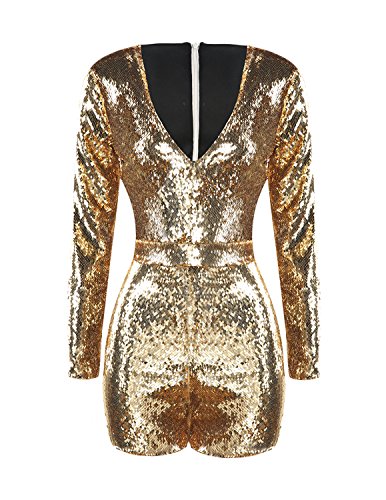 From crochet bags to crochet dresses – knit patterns are huge this year. Similarly to several other 2019 fashion trends, crochet clothing became more popular with the boho movement. Expect to see crochet dresses that you can just throw on your bikinis! Comfy and chic – what else could we wish for?

Get the look: Similarly to tie-dye tops, crochet dresses are not hard to find. Take your pick from these Amazon bestsellers: 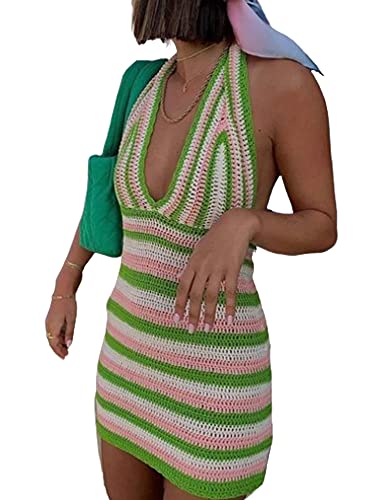 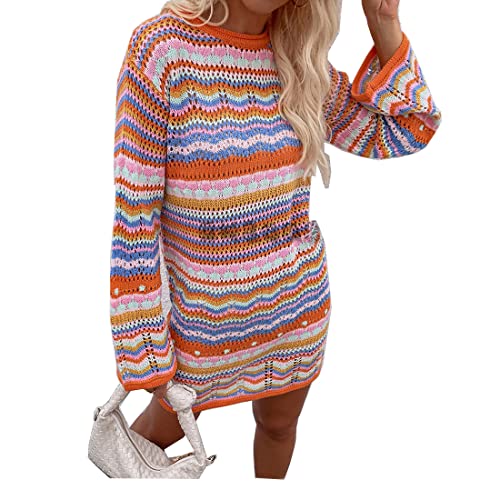 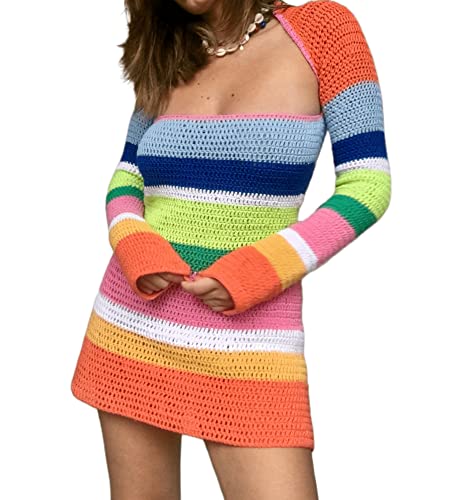 Alexander McQueen has always been romantic and extravagant but looks like this year they took some inspiration from the romantic Victorian era style. Tiny corsets, creamy tones, high collars, and frills – this romantic style looks good for any occasion! As a little twist, these Victorian details are matched with pants, showing how you can combine something from both worlds – something old and something new.

Get the look: Give a Victorian vibe to your outfit with this romantic shirt with ruffles. 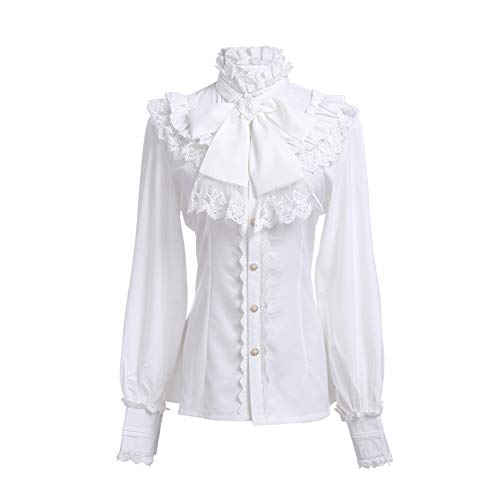 6 Smart Pointers on How to Choose a New Sport

As December approaches, many of us face a troubling question: what's the best Christmas gift for your partner, especially if your partner already has...