6 Reasons to Start Working Out as Soon as Possible

How you raise your child today doesn’t just matter right now. Your parenting style with impact your child for the rest of his or her life. That’s why it’s important to become aware of how you parent to ensure that your child develops into the person he or she is meant to be.

Co-dependent parenting is one common form of parenting, but it’s a very detrimental approach. In fact, it will ruin your child. Here’s why. 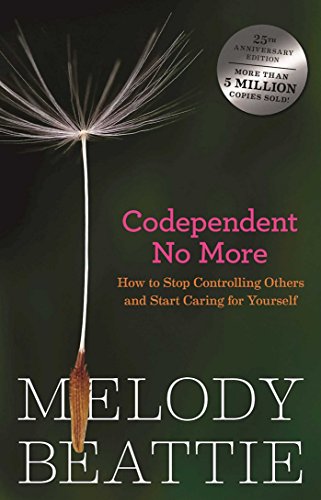 Codependent No More: How to Stop Controlling Others and Start Caring for Yourself
−$14.93 $2.02

Codependent No More: How to Stop Controlling Others and Start Caring for Yourself

What does co-dependent parenting mean?

Co-dependent parenting is a bit of a paradox. Normally, we think of children as being the ones who are most dependent on their parents. But in the case of co-depending parenting, it’s the other way around.

Here, parents are “primarily dependent on the other person’s dependence on them”, according to Leon Seltzer, Ph.D. And while this creates an unhealthy relationship for both the parent and child, it’s especially damaging to the child.

Here’s how the co-dependent parenting style can negatively impact a child.

Co-dependent parents will give everything up and sacrifice everything for their child in order to feel like their life has value and purpose. But what does this do to the child? It places a lot of pressure on a child to meet the needs of the parent so that they feel fulfilled.

If a child puts his or her needs before the parent’s, or even just expresses needs, co-dependent parents tend to fight back with things like silent treatment or outright verbal attacks.

Because children learn that their parents’ needs are more important than their own, they grow up repressing and censoring their own needs, ideas and feelings.

This may not seem like a big deal when they’re so young, but it will become more and more evident as they grow older. They will have a difficult time identifying who they are and what they actually want in life.

Because childhood is spent seeking the parent’s constant validation – often at the expense of the child’s own happiness – these individuals grow up with very low self-esteem and struggle to feel good about themselves and their decisions.

Because these children grow up believing that their personal values aren’t worthy or good enough, they can be very good at giving them up altogether – especially if it means securing their place in a relationship and avoiding being abandoned or rejected.

And as they grow older, fear keeps them from setting boundaries. Unfortunately, this makes adult children over-compensate, become push-overs and allow people to abuse them.

Children of co-dependent parents have learned to place their self-worth completely on the approval and conditional love of the parents.

Because of this, they do not have an innate sense of self-worth cultivated from within themselves. For this reason, they are easily hurt, highly sensitive and can over-react.

Perhaps a parent didn’t have the chance to pursue certain goals. If so, it can fall on the child to follow their parent’s unfinished path, rather than forge one of their own.

Because children of co-dependent parents feel immense pressure to fulfill their parents’ lives and make them happy, they often become mini-adults and miss out on a healthy, playful childhood.

Because co-dependent parents are never wrong, a child learns very quickly that it’s not safe or wise to disagree or object to what the parent is saying. But this is a communication trait that the child will carry with him into adulthood, especially when it comes time to interact with managers or people in authoritative positions.

This can apply to medical care providers, employers, or anyone who is perceived as “powerful”. Since the child learned that his earliest authority figures were never wrong, it’s difficult for him to challenge (even politely and kindly) another individual.

One of the key characteristics of a co-dependent parent is that they are master manipulators and do so ever so subtly. In the end, the child (or even adult) can feel confused and like they’re going crazy, as they try to make heads or tails of the situation.

They may or may not see that they’re being taken advantage of or manipulated, but one thing’s for sure: they see themselves as the problem, the “bad guy”, and the one to blame.

One of the first ways to have a healthy relationship with your child is to recognize whether you’ve adopted a co-dependent parenting style. These following traits can indicate this type of parenting:

Co-dependent parenting is very damaging to the child, but as you can see, it doesn’t support the parent’s wellbeing either. While it may be difficult to break old habits and work through personal blocks, it’s well worth the effort. That’s because it allows the parent-child relationship to be free of co-dependent patterns and instead be filled with respectful and loving behavior instead.

What I Learned from Living in a Tiny Portuguese Village

Portugal has become somewhat of an expat paradise for many people, especially those who are already living in the European Union and hence, could...