When you first meet someone, you might fall head-over-heels “in love.” But are you really in love, or you really in lust? There are key differences between these two “L” words and it’s so important to be able to identify them. Where you stand in the relationship all depends on love and lust.

What is lust and what is love?

Let’s start with lust. What is it exactly? It’s a strong sexual desire based solely on physical attraction. It’s a shallow interest but the passion goes deep.

How about love? Love is both a feeling and decision. The feeling is intense affection. The decision? To care for someone, to help them become their best selves, and to always have their best interests in mind. 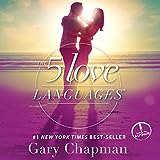 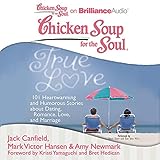 Lust and love in the brain

Lust and love activate different areas of the brain. MRI scans reveal that when an individual feels lust, the same brain areas that are activated when a drug addict gets a hit of cocaine light up with lust. It’s the area activated by pleasures, like food and sex.

Love, on the other hand, activates brain regions associated with rewards and behavioral conditioning.

When love and lust happen

Lust happens first. It’s a total focus on how someone looks and their physical body. It’s an intense desire for sex that may fade after a while – especially when you get to know the person better. Lust is the fantasy and when the fantasy wears off, love can follow, but it doesn’t always happen.

Love happens gradually – slowly but surely. You can certainly feel lust first, but the longer you know someone, you get to know them on a deeper, more intimate level. And this can lead to romantic love. The lust doesn’t have to go away with love. In fact, the best of both worlds is to have steady love and fiery lust.

For the luster, the priority and focus is sex, sex, and more sex. There’s no interest in deeper connection (at least, not at first). If you want a deeper, emotional connection, this may indicate you’re more interested in love rather than lust.

And if that’s what you want, it’s important that your partner wants that, too.

A great sex life, is well, great, but if there’s no emotional connection behind it than it’s most likely lust. One way to tell if it’s love or lust is to pay attention to the conversations you have. Are they shallow and surface level? Do they avoid relevant and meaningful topics? If so, this is probably lust.

Love, on the other hand, is willing to open up, get vulnerable and share. Love wants to support and feel supported, too. Keeping a wall up and preventing this from happening is lust, not love.

Lust isn’t about commitment, but love certainly is. Love is curious to try new things and invest in the other person. So, if a relationship is staying put and not growing, is it just lust? Chances are, yes.

But if two people love each other and want to take the next step and grow their relationship past just sex, this mutual interest and commitment is a foundation for love.

Being real, open and honest about your feelings is a vulnerable thing to do – and this is what lovers are brave enough to do. They’re willing and interested in discussing emotions, feelings, wishes, and desires. They’re willing to be real.

Lust is all about the fantasy. People who lust are more interested in fantasizing about the other person. So, don’t try bringing them down to earth. They’re not interested. And as soon as the person is no longer fun to fantasize over, they move on.

There’s absolutely nothing wrong with wanting to have hot, steamy sex with the person you love. But love goes further than sex. Love wants to spend quality time with that person. Love wants to get to know the person’s interests. Love wants to meet the other person’s friends and family.

But the definition of quality time for lust is simple: sex.

Love is all about “We”

Lust is pretty selfish if you think about it. It’s one person wanting another person for the sexual pleasure they provide. That’s pretty much it. But love is interested in giving to and investing in the other person. It’s not just about “me” with love.

Instead, it’s about “we.” You start thinking about what works for the two of you – not just you. This works both inside and outside of the bedroom.

Lust won’t sacrifice, but love will

This is not something that happens with lust. Why? Because lust isn’t interested in the other person per se. They’re interested in sex and fantasy. Sacrifice is a bit too real for lust.

Love can grow into deep love and attachment

Love is really amazing because it evolves. It can begin as lust, then mature into attraction, and finally blossom into deep love and attachment. Lust, on the other hand, also stops exactly where it starts: with sex.

That’s up to you to decide. Sometimes, you don’t want a committed relationship, and you’re perfectly fine with lust. But other times, lust just doesn’t cut it and you want something more. To help you find love, keep in the mind the differences between lust and love so you can find it.

Everything You Should Know About Fibers | Healthy Eating Series

Do Your Shoes Really Speak Volumes About You?

Before You Jump From Casual Dating to a Serious Relationship, Check up on These 4 Details