Is there such thing as a strictly platonic relationship between a guy and a gal?

After you watch movies like, When Harry Met Sally or Made of Honor, the answer would seem to be a clear and resounding, “No” But can you really trust Hollywood? Or was there a sliver of truth in these big screen stories? 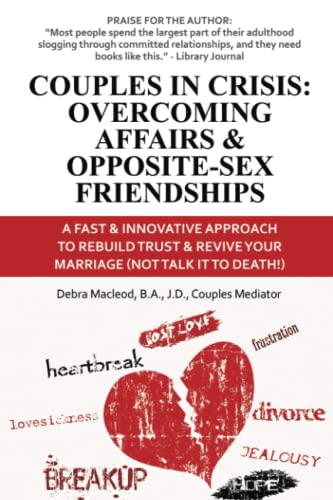 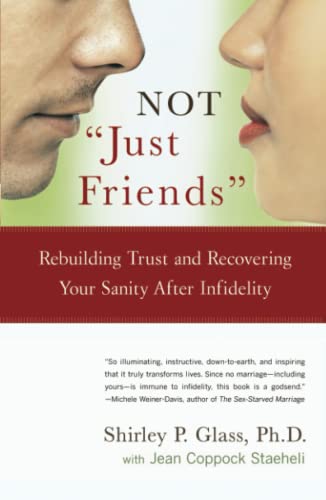 Not "Just Friends": Rebuilding Trust and Recovering Your Sanity After Infidelity
−$4.31 $13.69
Sale 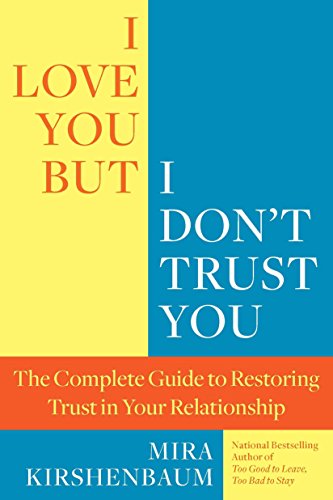 In the western civilization, it’s still a relatively modern thing for men and women to spend so much time together in the workplace.

Up until a hundred years ago, or so, men generally spent time with men, while women engaged with other females. In fact, some experts believe it wasn’t until the suffragette era that men and women started to develop non-romantic relationships.

That is until you got married and shared your time with someone from the opposite sex. But even after marriage, men and women didn’t have many opportunities to develop friendships with people of the opposite sex.

Thanks to the shifts in society, men and women now can develop relationships that are neither sexual nor romantic.

What Sociologists Found About Cross-sex Friendships

The question is, even if these kinds of relationships are possible, can men and women ever be just friends? Women seem to think so, but that might not always be the case for their male counterparts.

Sociologists have studied these cross-sex friendships. What they’ve found is that women can usually be in a relationship without any expectations or sexual attraction.

Men, on the other hand, were attracted to their girlfriends and secretly wanted the relationship to progress and evolve into something romantic.

Your Life Situation Can Influence Your Cross-sex Friendship

The younger you are, the easier it is to have friends of the opposite sex. There is less pressure to be in a relationship, to have kids, to get married, etc.

But as you move through your 20’s and 30’s, it can become increasingly more difficult to have cross-sex friendships.

Society expects people to hook up, date and pair up with someone. So, even if you’re happy in your platonic relationship, you may feel pressure to move it to the next level.

Furthermore, unless the communication is very transparent and open, it might be unclear if you’re both happy in the non-romantic relationship, or whether one of you wants to take it a step further.

Is it Impossible to Have Friends of the Opposite Sex When You’re Married or Have a Partner?

Perhaps one of the hardest times to have cross-sex relationships is when you’re in a committed relationship. It can be very difficult for women to watch their husbands or boyfriends spend time with another woman platonically.

Fashion vlogger and influencer, Lily Pebbles, says that she has no problem with her husband spending time with his female friends (or vice versa) because she has no reason to suspect him.

Clearly, trust is an important factor in your relationship. And perhaps the more trust you have between the two of you, the easier it is to make room for friends of the opposite sex.

The only trouble is when your marriage/relationship goes through a difficult time. Then, it can be all too easy to turn to these cross-sex relationships for support. This support can come in the form of sexual and romantic exchanges.

And while no one wants to think that their spouse or partner would ever cheat on them, it’s important not to put yourself in the position where cheating is not only easy but natural.

Cross-sex relationships could make infidelity attractive, especially when your marriage or committed relationship is struggling.

You might have a close male friend while you’re simultaneously looking for a romantic relationship in the form of a boyfriend, fiancé, and husband. This platonic guy friend might actually deter potential suitors from approaching you.

That’s because it may be unclear to them (and even you!) about your position in the cross-sex relationship, and potential suitors may move on and look elsewhere.

Men and Women Can Feel Unsatisfied in Cross-sex Relationships

Do you remember how men usually hoped for a sexual or romantic outcome with their gal friend? And that women, on the other hand, were fine with a platonic relationship?

Well, this study showed that when men didn’t end up with a sexual relationship, they felt rejected in their cross-sex relationships. These situations left women feeling uncomfortable since they didn’t reciprocate these sexual feelings.

It’s true that men may not go into a cross-sex relationship with sex and romance in mind. But these feelings may grow as the relationship develops, and this can put a lot of undue pressure on the woman.

Similarly, if there is sexual activity in an otherwise platonic relationship, it can leave one of the two people feeling used or unfilled since they’re not looking for an exclusive, romantic partnership.

You Can Be Friends with Your Partner’s Friends

Obviously, both you and your partner will have friends of both sexes. And as you grow together, your friends’ circle will also grow. It is only natural that you’ll start to develop friendships with your boyfriend or husband’s guy friends.

The same goes for your partner and your girlfriends.

Some people suggest in these situations, it’s better if everyone spends time together, rather than spending time alone with friends of the opposite sex. This can help keep suspicions at bay and prevent issues surrounding trust and respect from coming up.

Not "Just Friends": Rebuilding Trust and Recovering Your Sanity After Infidelity
−$4.31 $13.69
Sale

How to Be Just Friends in Your Cross-sex Relationships

If you’re in a cross-sex relationship and want to be just friends, it’s important that both you and your friend stay very open and honest with each other. If you’re both okay with a “friends-with-benefits” arrangement, then at least you’re both on the same page. If you two want to simply enjoy each other’s company and pass the time with one another, then make sure everyone’s clear on that, too.

The problems usually arise when the feelings aren’t mutual, and when people have different expectations.

Do you think men and women can just be friends? Depending on your relationship, expectations, and goals, the answer might be, “No!”

The basic mechanics of weight loss seem simple enough: eat less, be more active and those pounds will just magically drop. But what if you're...