5 Ways to Find an Apartment That You Love

“Am I Really Just a Pretty Face”? Knowing Your Self-Worth

Our culture places a very high premium on a woman’s appearance. Without even realizing it, we reinforce the idea that the only way a woman has any self-worth is if she’s pretty, beautiful and attractive. It starts at a very young age, and it continues up into adulthood.

But appearance is only one aspect of who and what a woman is. Unfortunately, many women grow up believing something very different.

You might think that body image issues are a problem for teens and adult women only, but that’s not true. Studies show that even nine-year-old girls focus on body image and weight, and in particular on being thin.

And there are things most of us do to encourage this hyperfocus on an image.

We often do it without trying to be harmful or disrespectful. However, many of us are guilty of focusing on what a girl looks like and telling her so: “You’re so pretty”, “What a doll”, “Beautiful”, “How cute”, etc.

On the one hand, telling a girl she’s pretty doesn’t seem like a bad thing.  But there are so many reasons why focusing on outside appearance is terrible for a girl’s self-esteem and self-worth. 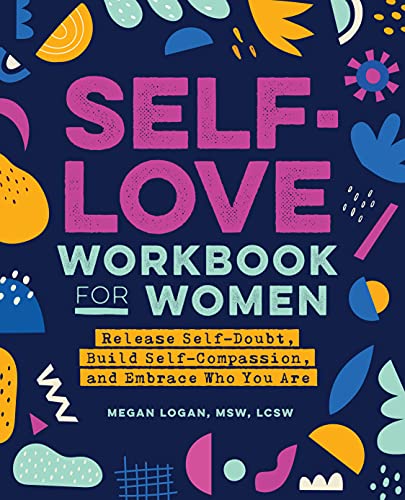 Self-Love Workbook for Women: Release Self-Doubt, Build Self-Compassion, and Embrace Who You Are (Self-Help Workbooks for Women)
−$6.40 $9.59
SaleBestseller No. 2 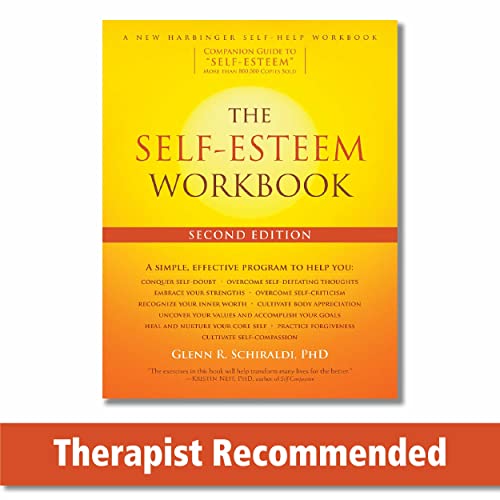 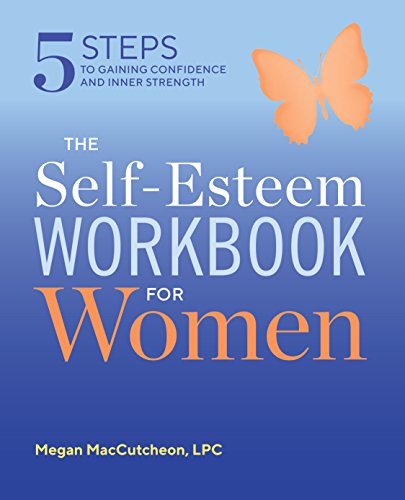 The Self Esteem Workbook for Women: 5 Steps to Gaining Confidence and Inner Strength
−$3.65 $13.34

Problem #1: What you look like is the first thing we notice

When we comment on a girl’s beauty, it teaches her that appearance is the first thing we notice about her.

What’s more, it teaches girls that their appearance is the main thing we value about them.

Problem #2: Be passive, rather than active

Another reason why focusing on a girl’s outside appearance is a problem is because it teaches them to be passive and just be a “pretty face.”

In the meantime, it creates this idea that men are the ones who need to act and get stuff done.

Just think back to the classic Disney princess. She was the pretty and passive recipient to what happened to her. The prince was the hero.

Problem #3: You’re either pretty or you’re not

Yes, there are ways women can actively influence their outward appearance. Things like cosmetics, clothing, and style all come into play.

However, most of the time people think you’re either beautiful or you’re not. It’s something you’re born with, and that’s it.

In short, how you look on the outside is pretty random and completely up to chance. So, what happens if you’re not born “beautiful”? It’s basically like saying there’s nothing you can do about it.

Research shows that girls as young as six-years-old believe women aren’t as smart as men. In the study, young girls associated men, rather than women, with traits like “brilliance” and “intellect.”

One plausible reason why young girls think men are smarter than women is that we are constantly focusing on what women look like, rather than what women think and what women do.

“Pretty” and “beautiful” places focus on your outside appearance, but it does more than that. Research confirms that it makes women feel bad, rather than good, about their bodies.

For example, when women were shown thin models, their weight-related anxiety increased. And let’s face it, most of the women we see in media are thin, edited and completely unrealistic portrayals of the human body.

Problem #6: Women focus on why they’re not pretty

You might think you’re supporting a woman’s self-image and self-worth by telling her she’s “pretty” and “beautiful.”

But if a woman doesn’t believe this about herself, hearing positive comments about her body can make her think of all the ways she’s not pretty, beautiful and attractive.

Problem #7: Women apologize for being other than pretty

Finally, when women are always reminded of their outside appearance, it creates this deep belief that their outward appearance is something they owe to others.

If they don’t live up to the “pretty” and “beautiful” standard and expectation, you feel that you have to apologize for your “shortcomings.”

Think of how often you’ve heard women – including yourself – apologize for how you look, or for being self-deprecating.

How to build a woman’s self-worth

Self-Love Workbook for Women: Release Self-Doubt, Build Self-Compassion, and Embrace Who You Are (Self-Help Workbooks for Women)
−$6.40 $9.59
SaleBestseller No. 2

The Self Esteem Workbook for Women: 5 Steps to Gaining Confidence and Inner Strength
−$3.65 $13.34

How are we supposed to counteract our culture’s focus on beauty and appearance? There are actually a ton of ways to help women learn that their self-worth doesn’t depend on being beautiful or not.

Tell women they don’t have to be beautiful

Guess what? The idea of being beautiful just might be overrated and it might be a great relief to tell women that they don’t have to be beautiful to be valued, appreciated and loved.

Tell women everything else they are

Sure, a woman might be beautiful, but without a doubt, she is many other things, too. Tell her that! Some examples include:

Beautiful women are everywhere, but so are brilliant, talented and funny women, too. Make sure you focus on these women.

Be an example of self-worth

It’s up to women to support each other, and we can do this by modeling better behavior.

For example, it’s time to talk yourself up, and not down. It’s time to stop apologizing all the time, and to say “Thank you!” instead.

It’s time to stop being so darn self-deprecating, and instead to admire yourself and give yourself the credit you deserve.

In this way, women can focus on their worth in a way that isn’t focused on looks at all. Instead, it moves the attention from the outside to the inside – to all that women have deep within them.

Selling an Investment Property? Here Are Some Useful Tips

An investment property market is a viable option for those who want to earn huge profits from their money. You can invest in some...