5 Ways to Improve Your Posture at Work

But believe it or not, that’s not necessarily what men are looking for during sex.

If your reaction to this first idea is “Boooring”, think again. A study from Indiana University entitled Romance and affection top most popular sexual behaviors found that romance and affection were the two things that men wanted most when it comes to sex.

Yes, you read that right: romance and affection.

Lead author of the study, Professor Debby Herbenick says, “Contrary to some stereotypes, the most appealing behaviors, even or men, are romantic and affectionate behaviors….These included kissing more often during sex, cuddling, saying sweet/romantic things during sex, making the room feel romantic in preparation for sex, and so on.”

Romance and affection are simple, and that’s what men want. Luckily, ladies usually want it, too.

One word of advice: Enjoy affection without the goal to end everything with a hot, steamy orgasm. Just enjoy affection and see where it takes you. 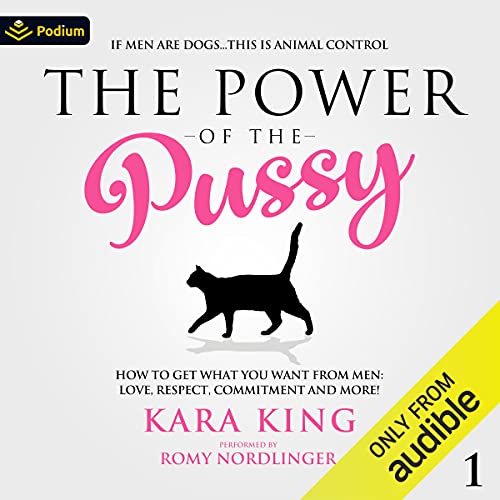 Believe it or not, men want to please you during sex. And the moment he turns you on is very satisfying for him and you!

The only problem is, a woman’s sexual needs change from day to day and month to month. Sometimes, it depends on where she is in her menstrual cycle.

At this point in your life, you probably know what turns you on, but you need to communicate that with him.

How? Give him clues. Give him direction. Ask him to try something right then and there and in the moment. Use your hand to guide him.

This way, he can please you as well as he can. This will make him feel like a legit King, and you will feel pretty darn amazing, too.

#3: Men want to know it doesn’t have to be groundbreaking sex every single time

A guy sometimes thinks that his partner won’t be satisfied unless he’s making a big deal of sex every single time. For example, there has to be a big build up, or sex has to be a big triathlon. Or, he has to make better sex than the last time.

But sex doesn’t haven’t to be a triathlon every single time. Heck, it doesn’t even have to be a marathon. So, let him know that. It might be just what he needs to hear on a stressful, tired day. #4: Men want to feel hot outside of the bedroom

Don’t compartmentalize sexuality. Sure, the most common place to have sex is on the bed. But take your intimacy elsewhere. If he looks at you and it turns you on, tell him. Yes, even in the grocery store.

Send each other flirty text messages. Kiss each other before you go to work. Tell him how much you liked what he did. In short, create sexual tension outside the bedroom and enjoy some foreplay all day long.

We all have insecurities, but don’t advertise your bodily insecurities to him. Why? When you draw attention to them, you also draw his attention to them. And even if he doesn’t care one bit about your love handles, he might start to notice them because all you do is point them out.

He just wants to admire your beauty. So, please let him.

#6: He wants you to desire him

You might think that when it comes to men and sex, it boils down to this: men are dominant and it’s all about the sex, sex, sex. But that’s not always the case. In fact, sex therapist and host of the Podcast, Foreplay – Radio on Sex Therapy, Laurie Watson, says men want to be “nurtured sexually.”

Watson says, “Sexual release makes men feel like they are finally home. After the world’s hurts and challenges, sex embodies love and care and provides soothing and support. While he may be accused of “only wanting sex,” most men want and feel a much more emotional connection than as simple bodily release. Making love literally creates a deep feeling of attachment to his partner and spurs relationship with generosity, faith, and optimism. Being desired by his partner can be the single most reassuring part of his relationship.”

In a nutshell, men actually need to be cared for and sex is one of the ways women can provide that.

According to clinical sexologist and author, Dr. Dawn Michael, “Men are expected to perform all the time and that’s not realistic. They don’t always want to be the one to initiate sex.”

Sometimes, there’s nothing more enjoyable than not having to be in control and call all the shots.

Being stressed, tired or distracted can make a man lose his erection. So, don’t take it personally, and whatever you do, do not make him feel bad about it. He already feels pretty bad about it, and your disappointment won’t help his confidence one bit.

Instead, say something like, “It’s OK babe, I still really love what we did tonight.” If the reason why he’s struggling sexually is that he’s stressed, tired or burned out, support him in establishing more balance and relaxation into his life.

Not only will his life become infinitely better, but he’ll perform much better sexually, too. So, it’s a win-win for both you and him.

Do you remember the first time you spotted the iconic Louboutin stilettos? For many fashionistas, it’s love at first sight when it comes to...