These Design Tricks Will Give Your Home a Fresh Look

What to Do When Your Child Tells You “I Hate You”

5 Questions to Ask Yourself before Getting Cosmetic Surgery

Buying a fan isn't really rocket science. Most of us have done it quite successfully over the years without even putting much thought into it. After all, if it rotates and provides the much-needed cool breeze, that's all you really need, right?

Well, as technology has progressed, so have fans. From fans with timers and different programs to ultra-quiet rotation – even the most simple table fan has evolved to something much greater.

The good news is that even if the fan comes with all sorts of extra gadgets, the prices are still fairly friendly. A simple table fan or tower fan really doesn't need to cost over 100 bucks to be worthwhile and function perfectly for years to come.

Even though buying a fan isn't a complex issue, we went deeper into the available selection and uncovered 7 models that have excelled in their functionality and have been received by consumers with a warm welcome. 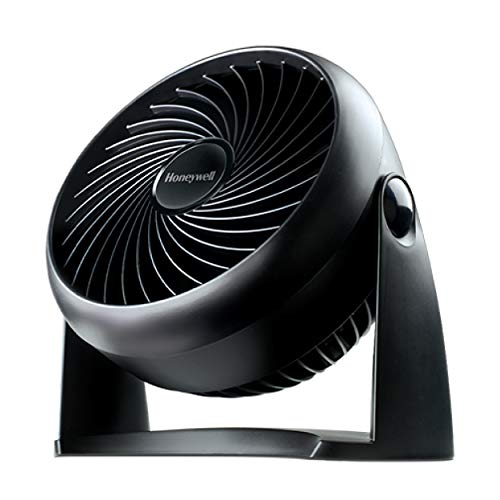 With almost 15 000 reviews in Amazon, Honeywell's table fan has well earned its title as a best seller among table fans.

Honeywell is no stranger to most of us, especially considering the company was founded more than 100 years ago. But what makes this fan so popular? Most likely its price and size. This affordable table fan comes with a 90-degree pivoting head and 3 speeds and has been noted for its relatively quiet functionality.

To top that off, Honeywell Turbo Force Air Circulator promises to be eco-friendly, saving up to 20% on summer energy bills. It's just simplicity in its finest! 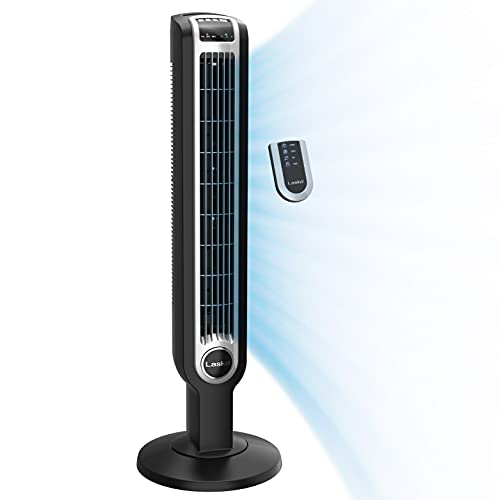 If a tiny table fan just doesn't cut it, Lasko's tower fan might do the trick since it's mostly described with one word: powerful. Lasko’s 36″ Tower Fan comes with a wireless remote control which is largely one of the fan's greatest perks. However, the design itself is something to notice, especially if you're not a fan of traditional smaller table fans which might look clunky around the house. Lasko's tower fan looks simply stylish and fits perfectly with modern decor, without leaving a strange vibe to the room.

As a true modern-age fan, it has a built-in timer and it's considered to be a relatively quiet fan – something that many fans tend to lack. 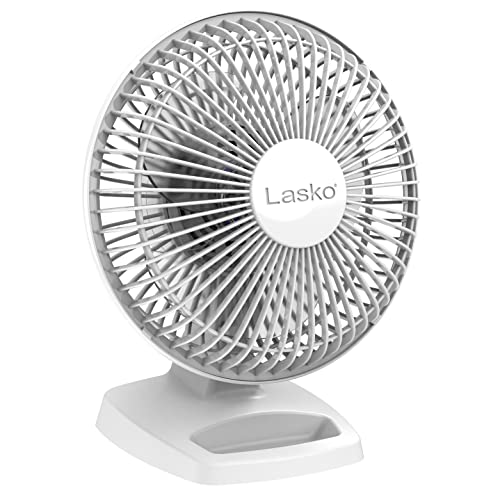 And we're back to Lasko and table fans! This Lasko's personal fan is the very definition of what we imagine when we think about fans – white, minimalistic, moderately quiet and completely capable of creating a nice cold breeze throughout the whole day.

One very notable feature of this fan is its noise. According to many reviewers at Amazon, it seems to be a rare find when it comes to noise since it tends to be rather quiet – even so that many use it at cubicles. Considering the low price, it's probably one of the best investments you could make for the upcoming summer. 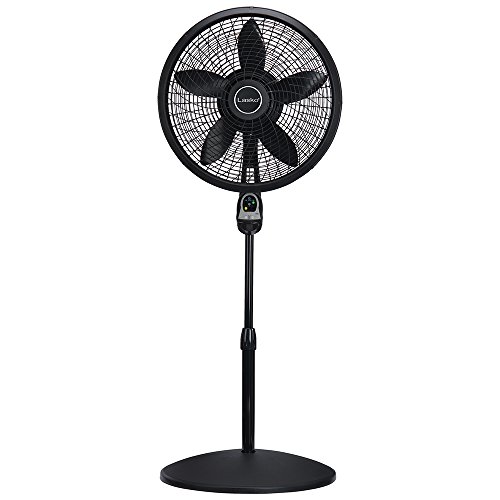 You might notice a trend here – people really love Lasko's fans and for very good reasons. This pedestal fan packs all the features you need from one perfect tool: it's reasonably priced, wireless, with a built-in timer and has a very wide oscillation.

It doesn't seem to be the quietest fan out there but considering its powerful functionality and durability, the noise might not be such a problem. For the price, you'll get a true beast! 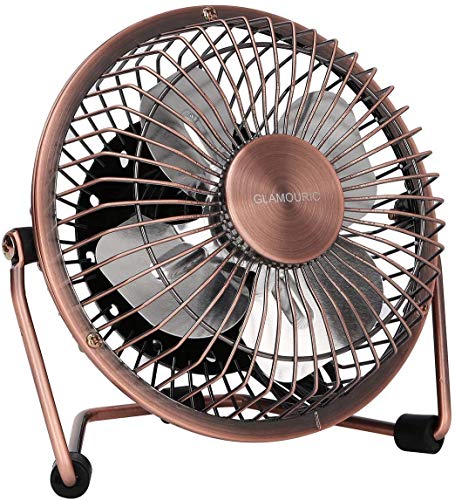 Most fans are just plain and ugly. They're clunky, big, inconvenient and in general, when it comes to design they just don't tend to fit the rest of the decor.

That's where GLAMOURIC comes into play. In its essence, it's a regular desk fan, but with a little twist: it has a retro copper finish which makes it look great in modern industrial-style homes or offices. It's more of a decoration than a fan, really!

The coolest part is its size. It comes with just 4-inch blades and you can plug it in your laptop, making it the perfect companion for those who need some cool air while working behind their desk. 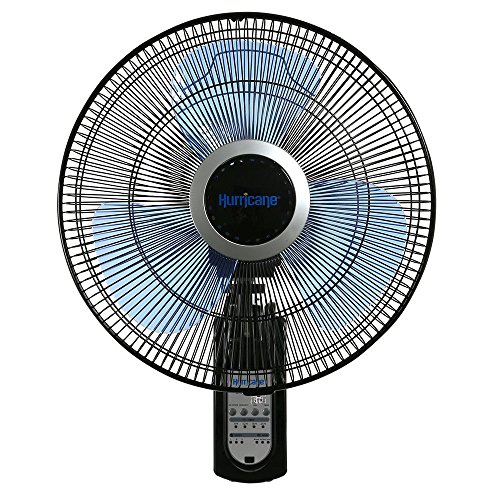 Hurricane fans are notorious for their durability and reliability – that's what they're built for. This wall fan is a great example of Hurricane's fans, in case you haven't encountered these before. As a wall fan, you can just set it and forget it – it will do the job quietly on the background, all thanks to easy remote control.

The Super 8 digital wall fan has a sturdy metal construction which makes it even more reliable. This one is just built to last! 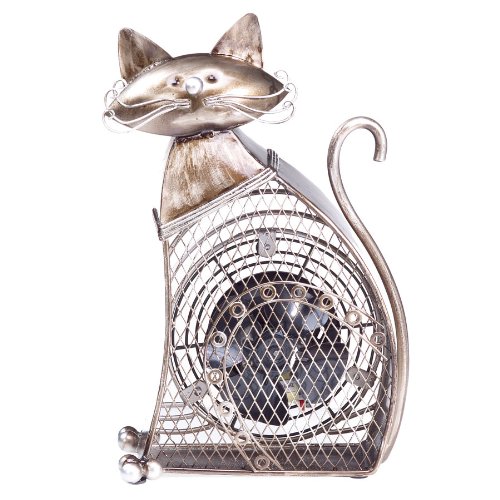 If you thought it's just not possible to consider fans cute, then this one will make you rethink. It's a cat-shaped fan – what could be cuter?

Behind the cute facade runs a tiny 4″ fan with a single speed 20-watt motor. It's not much, but it does the trick, plus it's a great conversation piece!

The creator of the fan is a company called DecoBREEZE that actually specializes in creating unique figurine fans. From flamingos and peacocks to cats and cars – they have a fan for every taste.

So how to choose the best of the best? These 7 fans have stood out for their price, durability and general great functionality, so each of these can become your new favorite fan. No matter if you need something compact and stylish or something that resembles a true beast – these seven models will probably do the trick.

Fiber is an often-joked about food that facilitates your bathroom visits, but it does so much more than keeping you regular. It’s a necessary...