The Dark Side of Breast Pumping: Something Every Mom Needs to Know

Breast milk is a wonderful source of nutrition for infants and babies. In an ideal world, a baby can drink milk directly from the breast whenever they need to.

But that’s just not the reality for many moms and their children. Most moms return to work shortly after giving birth and aren’t able to breastfeed. However, many still want their babies to drink this natural nourishment. So, they turn to breast pumping.

It seems like the logical next step to ensure that the baby’s early diet isn’t interrupted by the mom’s busy schedule. In fact, a good 85 percent of breastfeeding women use the pump in the US. But there’s a dark side to breast pumping that few moms know about. So, if you’re considering breast pumping, you might want to keep reading. 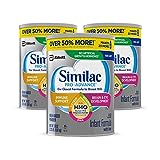 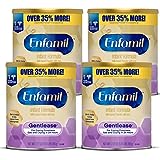 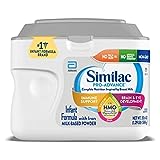 Breastmilk isn’t just about the milk

Breastmilk is an important way for infants and babies to receive top nutrition during the first year of their life. However, breastfeeding is so much more than just food. It’s a way for the baby to connect with the mother.

It also helps the baby feel safe, secure, and loved. And while there isn’t enough research conducted on this topic, it’s worth considering.

Sure, breast pumping is a convenient solution for both mother and child. However, is it depriving the child of the added emotional and psychological benefits that come from breastfeeding?

In the Journal of Human Lactation, Donna Chapman wrote that while it’s true pumped breast milk “is recognized as far superior to infant formula, the lactation community has begun to question whether [it] confers similar protection to that derived by directly breastfeeding.”

The lactation community has begun to question whether pumped breast milk confers similar protection to that derived by directly breastfeeding.

If this concern proves to be true, feeding infants and babies pumped breastmilk could leave them vulnerable to many health problems, such as digestive illnesses, asthma, diabetes and upper respiratory infections.

In fact, for bottle-fed babies, they may experience more coughing and wheezing in the first year of life, according to this study.

Another concern is that replacing breastfeeding with breast pumping can also encourage overweight and obesity.

Why pumped breastmilk can encourage overweight and obesity

One reason for this may be that it’s easier for babies to obtain milk from a bottle than from the breast. What’s more, breastfeeding is believed to help babies stop drinking when they’re full.

Many moms need to freeze pumped breastmilk to preserve it for future feedings. However, even this may decrease its nutritional value. For example, freezing the milk can break down immunological cells – the cells which help boost the baby’s own immune system.

Freezing the milk can also break down the lipids, or fat cells in breast milk, along with the proteins, Vitamin D, and antioxidants.

When the milk is refrigerated, breast milk loses some of its ascorbic acid, or Vitamin C content, along with its antioxidant content.

What’s more, by thawing or warming milk in a microwave, it’s believed that some of the anti-infective properties in the milk are lost.

Mothers take care to clean and sterilize pumps, bottles, and other tools involved. However, the risk of contamination is always present.

In fact, there is usually more bacteria in pumped milk than in breastmilk drawn out with a hand.

Mold can also grow in the valves of breast pumps, especially in the open system pump. And this can cause illness for the baby.

Therefore, even if the mother does clean the pump frequently, it’s still best to replace the pump regularly to avoid mold and contamination.

When the baby is fed pumped milk via a bottle, he or she is at greater risk for developing bottle rot.

This is especially risky if the baby is given the bottle for long periods of time, or overnight. When milk gathers in the mouth, it can cause tooth decay. In some cases, the teeth must be removed or capped.

Breast pumping can lead to too much milk production

When a woman pumps too much milk from her breast, it triggers the release of hormones in her body. This can lead to even more milk production, which in turn can leave her with engorgement (ouch!), and milk spray (not a good look).

Of course, this all depends on a woman’s own milk production and how much she actually pumps.

However, over-pumping can throw off a woman’s natural milk production and make this convenient solution a bit inconvenient.

On the flip side, breast pumping can also make a woman’s milk flow dry up.

You see, when a woman breastfeeds, the baby suckles at her breast and stimulates the nipple. This sends a message to the brain that it needs to produce more milk for the hungry baby. However, when a pump replaces the baby, the nipple isn’t stimulated and the brain doesn’t get the same message.

In some cases, the milk supply will decrease. This can be a problem if the woman doesn’t pump frequently enough.

Either way, this problem can make it more difficult to pump enough milk for the baby. What’s more, the mom’s body can retain “baby fat” and have a harder time losing weight since the child isn’t drinking enough breastmilk.

The great thing about pumps is that they do a very efficient job of pumping milk out of the breast quickly. However, if the settings are too strong, the pump can actually damage the woman’s breast or nipples. This will make future pumping a problem, too.

For many mothers, breast pumping is the only solution to feeding breastmilk to their baby. And while there are risks involved with pumping, it doesn’t mean it’s something you should stop doing.

However, it’s important to know about these risks so you can take steps to reduce problems and complications down the road. That way, both you and your baby will be safe and healthy.

The ABC of Defrosting a Freezer: What You Need to Know

5 Reasons to Own or Rent a Winter Home in Idaho

How Soon Is Too Soon to Get Married? Is the Key to Long-Lasting Marriage the Length of Dating?