Is there REALLY Such Thing as “Beauty Sleep” or Is It a Big Hoax?

Even if you're a night owl, you know the importance of sunshine – it's the source of vitamin D, one of the most essential vitamins. While the “sunshine vitamin” has been praised for years, scientists from the University of Edinburgh have uncovered yet another important benefit: vitamin D affects the immune system even greater than thought.

The scientists explored how vitamin D interacts with our immune system, most specifically with dendritic cells that activate T cells.

When a person has an autoimmune disease such as MS, these cells, however, start to attack the body's own tissue. The team found that vitamin D inhibited the activation of T cells, meaning that the body is less susceptible to autoimmune diseases.

Professor Richard Mellanby, of the University of Edinburgh's Centre for Inflammation Research, stressed that reduced vitamin D count is known to be a significant risk factor when it comes to autoimmune diseases but the study shows a possible connection between vitamin D and our immune system.

What does this mean for you? Very simple: it means that if you get your daily vitamin D, you might be far less prone to developing autoimmune diseases. 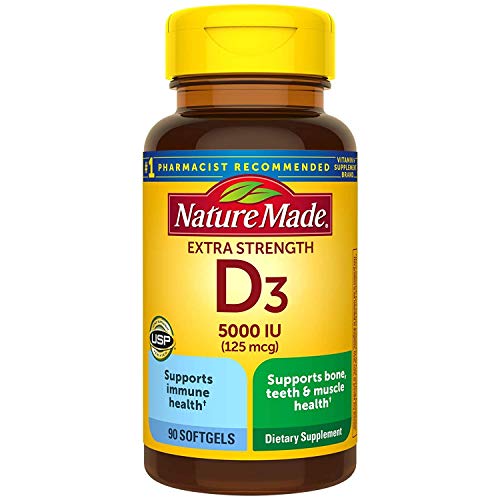 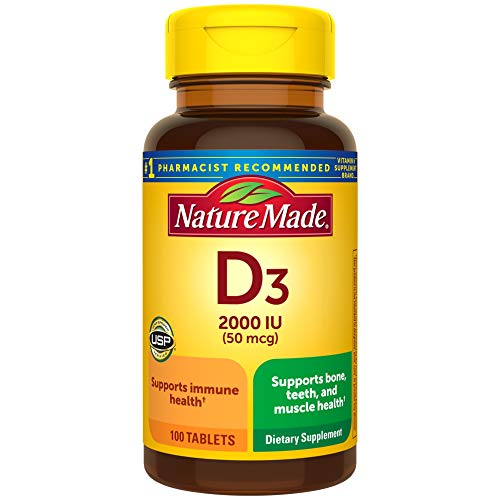 Vitamin D deficiency taunts many Americans, especially in the northern regions where you might not see clear sunlight that often. Once you realize the extent of health benefits vitamin D has, you might reconsider night owl ways since it's essential to hit your daily vitamin D level. Here are the benefits you can reap:

We all know that calcium is necessary for healthy bones but there's one vitamin that's often forgotten from that mix: you guessed it, it's vitamin D.

To actually absorb calcium from our food and use it for our bones, we need vitamin D to do that heavy lifting and to absorb calcium. If you don't get enough vitamin D which would help your body to retrieve the much-needed calcium, it would just pass through the system. Vitamin D deficiency can result in weak muscles and bones, leading to an array of health troubles, especially in older age.

2. Reduces the risk of diabetes

In the age of type 2 diabetes becoming more and more common, vitamin D plays a significant role. Several studies have shown that vitamin D deficiency may inhibit insulin secretion, thus contributing to the development of diabetes. Vitamin D is known to support insulin production and therefore it has a clear connection to lowering the risk of diabetes.

As the latest study regarding vitamin D and the immune system proved, vitamin D is a key component when it comes to regulating our cells. In fact, vitamin D is known to influence more than 200 human genes. Now imagine the harm vitamin D deficiency could pose in itself.

Some studies have shown that vitamin D can also reduce the progression of some cancers, it might increase cancer cell death and reduce metastases.

To put this in perspective, it has been noted that people who live in the north compared to people from southern states have much higher prostate and colon cancer rates as well as cases of autoimmune diseases. This means that the lack of sunlight, thus lack of vitamin D, may contribute quite significantly to developing serious health issues.

4. Reduces blood pressure and the risk of hypertension

Some studies have explored how vitamin D affects blood pressure. One such study noticed that when vitamin D levels in the body increased, high blood pressure normalized and the risk of hypertension faded.

The reason for this possible connection lies in how vitamin D interacts with a certain hormone (renin) that has a role to play in hypertension.

5. It may help you live longer

Ever thought why people in some regions live longer? Often, those regions happen to be sunny.

It might not be much, but it's just one small contributing factor that might, in the end, give you a few more years under the sun.

Besides clear physical perks, vitamin D might influence your mental health as well.

Researchers have noted that vitamin D deficiency is related to a 50% increase in suicide rates and a much higher tendency for depression in general. Though it's not that clear as to what exactly vitamin D does to benefit our mental health, one possible reason might be serotonin which is essentially our “happiness hormone”.

What's clear though is that higher vitamin D level correlates with a lower chance of developing depression, preventing it completely or reducing the symptoms.

Vitamin D interacts with various hormones in our brain, some of which are related to synthesizing essential proteins that keep our brain cells from deteriorating.

Studies show that vitamin D deficiency is related to issues such as impaired memory and orientation, dementia, psychotic experiences, and depression.

While the exact connection and extent of vitamin D's perks for our brain are not so clear yet, it's clear that the lack of the sunshine vitamin can do no good for your brain.

How much sunlight do you need to get enough vitamin D?

While all of the above might have made you think you should run outside right away and stand under the sun for hours, that's not the way to go.

You see, vitamin D is tricky – you need to get enough vitamin D without overdoing it. Vitamin D gets stored in our fat which means there's a storage of sunshine vitamin in our bodies. If you get too much vitamin D, the storage “fills up”, meaning your body might start to absorb too much calcium, leading to hypercalcemia.

David J. Leffell, MD, Yale Medicine dermatologist and chief of Dermatologic Surgery, stresses that you actually don't need daily sun exposure nor excessive tanning to have proper vitamin D level since we consume vitamin D with our food as well. He recommends supplements and vitamin D-fortified foods instead since UVB-light causes skin cancer and hence, hunting vitamin D can hurt you, instead of helping you.

However, it should be noted that it's virtually impossible to hit a normal vitamin D level without any sun exposure since there's just too little of this vitamin in the food – even if you consume fortified foods. Experts suggest exposing your skin during midday when the sun is highest – and just 10 minutes 3 times per week is enough.

Dr. Michael Holick, a professor of medicine, physiology, and biophysics at the Boston University Medical Campus, recommends getting sun exposure between 10 a.m. to 3 p.m which are the optimal times. 10 minutes and you're good to go! Just remember to keep your skin safe during longer sun exposure and if needed, opt for supplements as well – in that case, consult your doctor to make sure you're not overdoing with vitamin D.

It’s hard to believe that Christmas is almost here. And even though it feels like its a bit of a way away, the truth...