The paleo diet has become all the rage in recent years. You could be a fancy A-lister or just your average Joe. It doesn’t matter because, on the paleo diet, everyone eats the way our ancient ancestors did.

To some experts, it’s the one and only healthy diet. For others, it’s yet another fad diet that will lose its momentum before long. Is the paleo diet something you should consider, and can it increase your health and wellness? Let’s find out.

What is the Paleo Diet?

You’ve heard the word “paleo” before. It’s taken from the word, “Paleolithic” which refers to a very long time ago – over two million years ago! – when our ancestors were busy using stone tools.

Therefore, the paleo diet is a diet that is designed to follow the diet our Paleolithic ancestors would have eaten.

According to leading paleo expert, Robb Wolf, “The Paleo diet is the healthiest way you can eat because it is the only nutritional approach that works with your genetics to help you stay lean, strong and energetic!”

That sounds great, but is it too high a claim to make for one diet and countless individuals around the world? Everyone has their own nutritional needs. Could one diet really work for everyone, including you? Especially a diet that was used thousands of years ago by hunters and gatherers?

Why Do People Choose to Follow the Paleo Diet?

Because the paleo diet excludes all grains and dairy products, it can be a smart approach for people with these food allergies and intolerances.

Others find it appealing because it limits the number of processed sugars and low-quality fats that are rampant in the standard American diet. Legumes are also avoided because of their anti-nutrient properties, like phytates and lectins.

Unfortunately, the modern diet has incorporated many foods that were simply not available to our ancient cavemen cousins. The availability of these foods and their fixed place in our modern diet are believed to be the cause of many serious health issues, such as cardiovascular disease, neurological disease, obesity, diabetes, and inflammatory problems.

Therefore, some people seek to live with a paleo diet to escape the dangers within the modern diet. It’s how they seek to reduce inflammation, find relief from allergic reactions and obtain overall health and wellbeing.

What Can You Eat On the Paleo Diet?

Imagine what it would be like to eat without any grocery stores, food manufacturers and advanced technology.

This can help you situate yourself in the world of the paleo diet, and understand why certain foods are allowed and why others aren’t.

On the paleo diet, you can pull up a chair at the hunter and gatherer’s table to enjoy the following foods:

As you can see, it is a very basic and primal group of foods.

However, the power of this diet lies in its simplicity. Without added and refined sugars, and inflammatory foods to complicate this basic diet, some argue that you’re able to thrive.

Why?  Because you’re eating what your body is designed for.

What’s Off Limits on the Paleo Diet?

Now that you know what’s allowed on the paleo diet, it’s probably pretty easy to understand what food groups aren’t.

If a caveman couldn’t get his hands on diet coke and a bag of chips, you probably shouldn’t be eating them either. At least, that’s what paleo proponents advise.

Even though the paleo diet is believed to be the best diet for everyone, there are some modifications to it. Let’s look at a few popular takes on paleo in the 21st century:

If your aim is to address specific health issues, like weight loss and cutting back on carbohydrates – even healthy ones, like fruits and vegetables – this diet can help you do that safely and healthily.

If you want to include milk either because of personal preference or to meet nutritional needs, going lacto-paleo is a good option.

Just be sure that you’re consuming high-quality dairy products, that are full-fat and organic from grass-fed animals. Cultured dairy, such as yogurts and kefir, are also great ways to support your gut health while still following a paleo diet.

This primal diet can help people with more serious health concerns so long as they adjust it accordingly. For people with an autoimmune disease, their body will actually attack itself, and certain foods trigger this autoimmune response.

For these individuals, it’s best to adjust your diet and avoid eggs, nuts and nightshade vegetables, which includes tomatoes, potatoes, eggplants, and peppers.

The paleo diet sounds pretty straightforward, and quite frankly, healthy for everyone. It’s safe to say that we could all clean up our standard diet from time to time, right?

But the paleo diet does come with some risks. Let’s look at some of them to help you avoid any unnecessary trouble.

As long as you cook most of your meals, it can be easy to follow a paleo diet. However, eating out can be tricky and this can limit your social life.

Even though you might value and appreciate a diet that is completely organic, with grass-fed meats and free-range chicken eggs, the more practical question is this: Can you afford this in the long run?

Sure, you might be able to swing it for a couple of months or even a couple of years. But is the paleo a sustainable lifestyle you can commit to in order to obtain the health benefits attributed to it?

Claire Hewat, chief executive of the Dietitians Association of Australia, says that “A recent search of the published studies looking at Paleolithic diets revealed no more than 10 studies, all with very few participants over very short time frames – most less than three months.

And many people dropped out of the studies, claiming the diet was difficult to follow.” Therefore, it’s worth asking if we’re putting too much stock into a diet which has very little scientific backing.

Is it safe and/or necessary to eliminate entire food groups, like grains and legumes? Especially if there’s evidence that our Paleolithic ancestors actually consumed them?

What’s more, scientists have discovered that the anti-nutrient properties in legumes can be cooked away, leaving us with a healthy food group that can actually provide anti-inflammatory and anti-carcinogenic properties.

Because the paleo diet encourages frequent servings of meat, it’s possible that you can create more health problems. It’s true that hunters and gatherers did eat meat.

However, the type of meat was much different than what is commonly available in today’s supermarkets. Furthermore, they also ate far less meat each day than we’re able to.

According to Dr. Mercola, a diet too high in protein can lead to yeast overgrowth, weight gain and even cancer.

But it’s not all bad on the paleo diet. In fact, there are many known benefits that people can obtain by following a paleo diet. Let’s look at some of them here.

In one study, people with heart disease and diabetes and pre-diabetes were placed on either a paleo diet or the Mediterranean diet. Those on the paleo diet not only lost 70% more body fat than the other group, but their blood sugar levels also normalized.

Due to the amount of protein and the type of high-quality fats consumed on this diet, people report feeling more satiated than they do on the Mediterranean diet.

Processed sugars, grains, certain oils, and other modern food items can cause inflammation throughout the body. Inflammation is thought to be at the root of all disease, according to Dr. Axe. Therefore, it might behoove us to at least remove some of these inflammatory foods to make room for healthier ones.

Because you’re cutting out all those inflammatory foods, you’re giving your gut a chance to populate with healthy, beneficial bacteria. This also can prevent harmful conditions, like leaky gut.

Because the paleo diet includes a wide variety of foods – and high-quality foods at that – it’s relatively easy to meet your daily nutritional needs by eating the diverse selection of foods allowed in the paleo diet.

Because the paleo diet eliminates a lot of common allergens, like eggs, dairy and soy, chances are, you’re going to eliminate not only allergic foods but allergic reactions, too. Say goodbye to skin breakouts and say hello to clean, smooth and glowing skin.

How to Meet Your Nutritional Needs with Paleo

Some people feel amazing with the paleo diet. Others report feeling tired and fatigued. If your energy levels drop on the paleo diet, consider increasing your carbohydrate intake.

And as always, consult with a primary care physician or dietician to discern any nutrient deficiencies.

Cookbooks and Other Fun Resources

If you’re interested in trying the paleo diet but not sure if you can dive in completely, here are some colorful and informative books to get you started:

The Paleo diet might be millions of years old, but it’s certainly a popular choice in modern kitchens. If you’re looking to address certain health issues like inflammatory diseases, weight gain, or allergies, this might be a good place to start.

If you’re not ready to adopt this diet just yet, why not consider cutting back on processed foods and replacing them with whole grains and healthy carbohydrates instead? 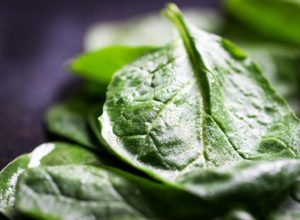 Healthy Eating Series: How to Stay Healthy on the Paleo Diet

What Does It Really Take to Make Tofu?