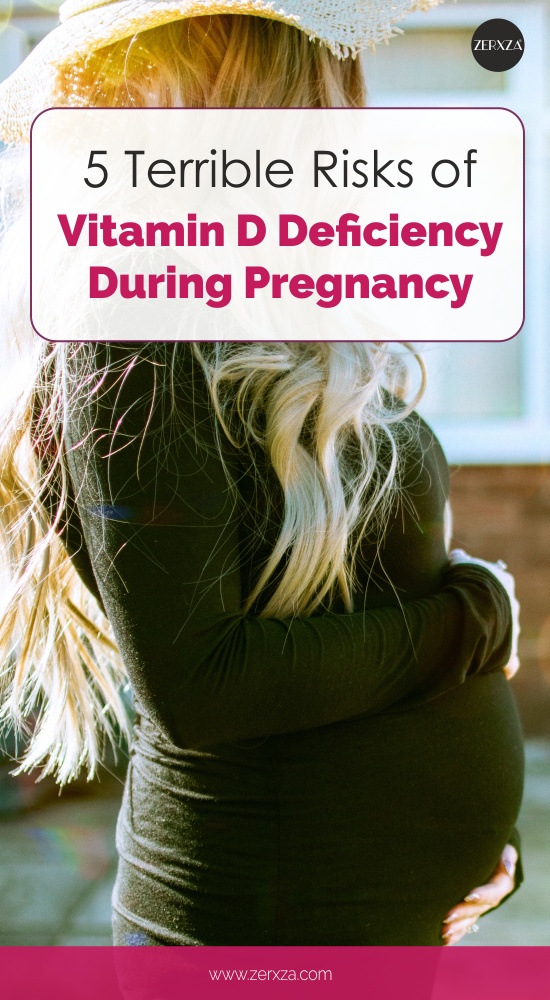 Vitamin D deficiency is a nationwide issue that seems to grow every year. According to a clinical review published in the Journal of the American Osteopathic Association in 2017, almost 1 billion people worldwide suffer from vitamin D deficiency. ‘

The problem deepens as people spend the bulk of their time indoors in front of their computer screens or smartphones and don’t get enough sun exposure. Even if they go outside, they wear sunscreen which eliminates any chances for the body to produce enough vitamin D.

Vitamin D deficiency is dangerous for anyone but when it comes to pregnant women, it’s even worse.

Not only does vitamin D deficiency hurt the mother, but it will also most likely put the unborn child at terrible risk and might even cause serious health issues for the child in adulthood, as several studies have proven.

What happens if you’re vitamin D deficient during pregnancy?

Vitamin D is one of the most complicated vitamins, being responsible for numerous functions in our body. But what happens to your child if you’re deficient in vitamin D during pregnancy? Research has some answers.

Preeclampsia, a dangerous condition that might lead to the death of the mother or the child, is one of the most horrific things that could happen to an expecting mother. Unfortunately, it also happens to be somewhat of a medical puzzle and so far, the only known way to “cure” it, is to deliver the child which will most likely mean a premature birth or cesarean.

Preeclampsia is so dangerous that it’s said that about 18 percent of maternal deaths are related to that.

One study, led by Lisa Bodnar, an MPH/Ph.D. assistant professor of epidemiology at the University of Pittsburgh Graduate School of Public Health, found that there’s a very strong link between vitamin D and risk of severe preeclampsia. By getting enough vitamin D, the risk of developing severe preeclampsia decreased by a staggering 40 percent.

Bodnar’s team researched the connection further in another paper where they focused on preterm births. According to their findings, about 30 percent of premature births might be avoided by getting enough vitamin D. The researchers drew a clear conclusion: there’s a strong connection between vitamin D deficiency and preterm births that have been caused by an inflammation in the placenta.

If the mother has been vitamin D deficient during pregnancy, it’s more than likely for the child’s skeletal frame to be underdeveloped and manifests several severe conditions, including rickets (similar to osteoporosis) and osteopenia (bones are weaker than they really should be).

Another study found that vitamin D deficiency is related to the newborn infant having bigger weight and length but their bone mass is lower for that bodyweight.

This imbalance can clearly cause issues for the newborn child – and even issues that might manifest in later life.

Though at first look it seems strange to connect the “sunshine vitamin” with asthma, several studies have found a strong link between vitamin D deficiency and asthma.

Vitamin D can help to smooth muscle contractions, reduce inflammation in the airways and it’s even known to regulate lung growth in the uterus. Some other researches have shown that children who are vitamin D deficient (vitamin D level <30 ng/mL) have lower lung function than those who have enough vitamin D.

Research has even found a frightening correlation between vitamin D deficiency during pregnancy and your child being at risk of developing type 1 diabetes.

One Finnish study found that children who received vitamin D sufficiently every day for the first year of their life had an 80% lower risk of type 1 diabetes. Contrary, if children were vitamin D deficient, the risk of developing type 1 diabetes was 2.4 times greater.

5. Higher blood pressure during childhood and even later in life

Recent research, published in the American Heart Association journal Hypertension, found that if a child is vitamin D deficient from birth, there’s a greater risk of having higher blood pressure both in later childhood and even in adolescence.

If a child has high blood pressure, it might lead to similar problems and possibly cardiovascular disease in adulthood as well.

What can you do to keep your vitamin D level during pregnancy normal?

As an expecting mother, the aforementioned issues can be frightening. No mother wants their children to suffer from asthma, weak bones, diabetes or high blood pressure.

The good news is, you can reduce the risk of developing any of those problems if you keep your vitamin D level high. To do that, you have 3 options:

As one study stated: “Vitamin D supplementation is simple and cost-effective with a low likelihood of toxicity.” When you can’t get enough sunshine during the darker colder months, add more vitamin D rich foods in your daily diet together with vitamin D supplements.

How much vitamin D should you consume when you’re pregnant?

Experts recommend increasing vitamin D consumption during pregnancy to around 2000 IU, though some sources say that about 4000 IU is even better.

One thing remains sure though: prenatal vitamins don’t contain nearly enough vitamin D, so it’s essential to keep the sunshine vitamin in mind. It’s important for both you and your child’s health.

Nordic Naturals vitamin D supplement is one of the most recognized options thanks to the supplement’s cholecalciferol form which makes it easy to absorb the supplement.

Besides that, the company is known for sustainable and ethical production methods, which is a significant perk.

Caltrate’s supplement is especially important since it includes both calcium and vitamin D. For that reason, the supplement suits the best for those who’d like to increase their calcium levels – by using this supplement, you ensure that calcium gets absorbed nicely and you get the best out of the supplement. 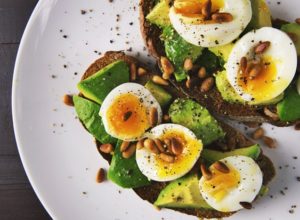 Healthy Eating Series: Vitamin B and All You Need to Know About It

Is there REALLY Such Thing as “Beauty Sleep” or Is It a Big Hoax?

How to Create the Perfect Mother-Daughter Relationship