As a parent, you must take a stand: to vaccinate your child or not. Whatever decision you choose, you will certainly find like-minded parents. But you will also find parents who completely oppose your decision. There’s no way around it. Vaccines are an incredibly controversial issue.

That’s why it’s important to get informed and understand the pros and cons of vaccination, and this article explores just that. This way, you can make an informed decision that feels right for both you and your child.

There are no federal laws that say vaccinations are mandatory. But the Centers for Disease Control (CDC) does advise children to get 29 doses of 9 vaccines, along with a flu vaccine, between the ages of 0 to six.

All 50 states within the U.S. require children to be vaccinated to enter public schools. However, many of these states do offer exemptions, including philosophical, religious and medical exemptions.

You will meet little resistance if you choose to follow the CDC’s recommended vaccine schedule. However, if you decide to delay vaccines, or forgo them altogether, what are your motives? The following list of vaccine pros and cons can help you decide. 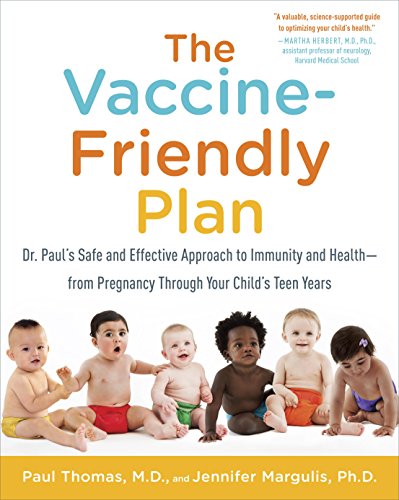 The Vaccine-Friendly Plan: Dr. Paul's Safe and Effective Approach to Immunity and Health-from Pregnancy Through Your Child's Teen Years
$9.99 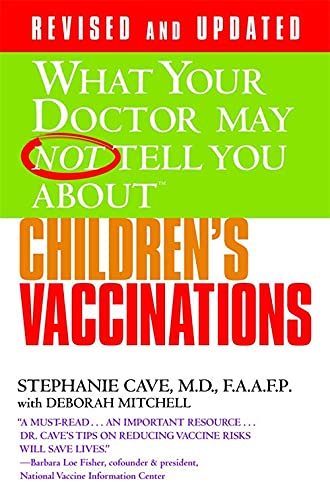 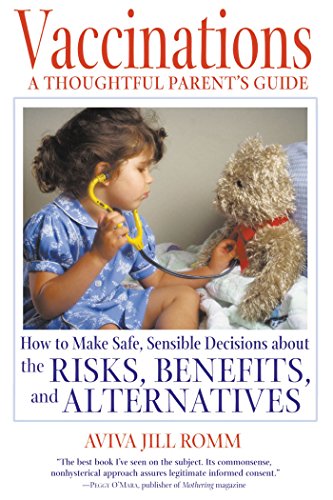 Vaccinations: A Thoughtful Parent's Guide: How to Make Safe, Sensible Decisions about the Risks, Benefits, and Alternatives
−$3.78 $13.17

Vaccine pro: Vaccines can be lifesaving

According to the American Academy of Pediatrics, “Vaccination prevents an estimated 2.5 million deaths each year. This is due to the fact that childhood vaccines are “90% to 99% effective in preventing disease”.

These diseases include measles, mumps, rubella, hepatitis, polio and more.

Vaccine con: Vaccines can have serious and deadly side effects

While childhood vaccines are highly effective in preventing certain diseases, they can also come with side effects.

Mild side effects include a low-grade fever or soreness at the location of the injection. However, the CDC admits that certain vaccines can pose serious threats to children, too.

For example, the DTaP vaccine can cause serious allergic reactions and even permanent brain damage. However this is rare, and the CDC states, “Getting diphtheria, tetanus, or pertussis disease is much riskier than getting the DTaP vaccine.”

The rotavirus vaccine side effects include intussusception, which is a bowel blockage that must be treated in the hospital. The risk is small. However, it’s still something to be aware of.

People argue that vaccines are generally safe because they’re studied and strictly controlled before being introduced into the market. However, vaccines may not be as transparent as they seem.

According to the National Vaccine Information Center, CDC officials admitted that they “omitted statistically significant information” about MMR vaccine risks and “did not follow the final study protocol.” And one has to ask how often this sort of thing happens.

If so, what we’re told about vaccine safety may be only just one part of the big picture. And the founder of the National Vaccine Information Center, Barbara Loe Fisher, has something to say on that matter:

“The truth is, nobody knows how many vaccine victims there are in America, how many of the 1 in 6 learning disabled children, or the 1 in 9 with asthma, or the 1 in 100 who develop autism, or the 1 in 450 who became diabetic, can trace their chronic inflammation, disease, and disability back to vaccine reactions that have been dismissed by public health officials and doctors for the past century as just “a coincidence.”

Vaccines include ingredients such as thimerosal, formaldehyde, and aluminum. While these ingredients are harmful when we’re exposed to large amounts of them, vaccine proponents argue that because the quantity in vaccines is so small, they are not harmful to the children who receive them.

Thimerosal is one controversial ingredient that has raised a lot of concern. It’s a type of mercury, called ethylmercury, which is a red flag for many people.

However, the CDC argues that thimerosal is different from the other type of mercury, methylmercury, which can be toxic to people. It explains that because ethylmercury can be “cleared from the human body more quickly than methylmercury, [it is] therefore less likely to cause any harm.”

Why is this type of mercury used? It helps to prevent the growth of bacteria in vaccines.

Above, we saw that although vaccines do contain harmful ingredients, such as thimerosal, formaldehyde, and aluminum, they do not pose a serious health threat due to their small quantities.

However, some people do not accept this argument. Instead, people oppose aluminum in any amount, since it can increase the risk for neurological damage.

Formaldehyde is also unwelcome in vaccines because it is a known carcinogen, according to the CDC, and which can impact cardiac function, as well as the nervous system.

To know exactly what ingredients are in each vaccine your child receives, please refer to “Vaccine Excipients & Media Summary”, published by the CDC.

It shows which “excipients” are added to each vaccine. These include preservatives, adjuvants, stabilizers, antibiotics, cell culture materials and inactivating ingredients, such as formaldehyde.

Herd immunity is the concept that if enough individuals in a given community are vaccinated against contagious diseases, the disease will be less likely to break out in that community.

This phenomenon was noted when five, unvaccinated Amish children tested positive for the polio virus. However, since the communities in the surrounding areas of Minnesota were vaccinated against this disease, it did not spread or lead to a polio epidemic.

The Vaccine-Friendly Plan: Dr. Paul's Safe and Effective Approach to Immunity and Health-from Pregnancy Through Your Child's Teen Years
$9.99

Vaccinations: A Thoughtful Parent's Guide: How to Make Safe, Sensible Decisions about the Risks, Benefits, and Alternatives
−$3.78 $13.17

Certain groups of people believe they should have the freedom to choose whether to vaccinate or not. In the polio case mentioned above, the Amish avoid vaccinations because they believe that they weaken the immune system.

The Catholic Church has also spoken out against the use of vaccines which contain the cells of aborted fetuses, saying that “there is a grave responsibility to use alternative vaccines.”

This may place some parents in a difficult situation if their child’s school requires specific vaccines, or if they don’t feel supported by their family physician in seeking out alternatives, etc.

As you can see, vaccines are a contentious subject. On the one hand, they offer protection against deadly and contagious diseases. On the other hand, they can bring serious side effects.

Some people say that although harmful ingredients are present, the amount is too small to cause a significant impact. For others, mercury, formaldehyde, and aluminum have no place in vaccines.

Before you vaccinate your child, be sure to do your homework so that you know the pros and cons of each vaccination.