When you have a teenager in your home, you'd probably like to write off the emotional attitude to raving hormones. As a parent, you'd clearly like to think that if there's something actually wrong with your child, you'd know about it. However, a recent study shows that the reality is the opposite and many parents have no clue their child is suicidal.

The study, published in the journal Pediatrics, conducted interviews with teens and their parents, asking about suicidal thoughts. The results were quite baffling: 50% of parents had no clue about their children having suicidal thoughts and more than 75% didn't know about teens' recurrent thoughts of death.

The extent of parents unawareness points to teen suicide being even a bigger issue than thought. Suicide is still the leading cause of death among adolescent and as many as 18% of US high school students have said that they've seriously considered suicide.

Since teen depression is often written off as ‘normal teenage angst', adolescents might not get proper treatment. Most teens don't seek for help themselves and if parents are unaware of the situation as well, suicide prevention gets that much harder. Therefore it's crucial for the parent to notice important warning signs so it's possible to deal with the problem in a timely manner. 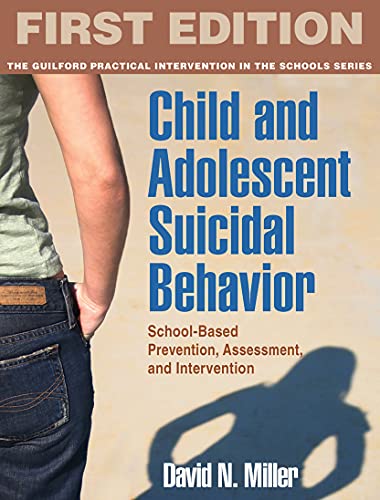 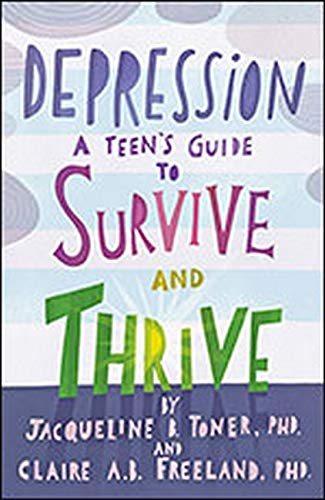 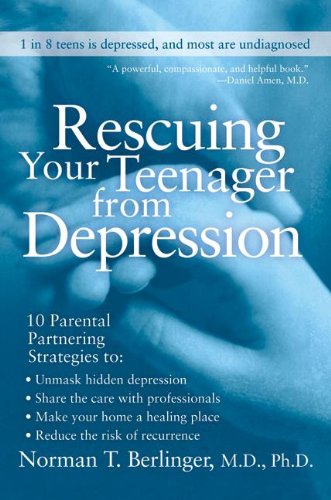 Rescuing Your Teenager from Depression
$11.99

Be aware of these teen suicide warning signs

Though noticing suicidal tendencies is never easy, there are some warning signs that might indicate trouble:

What to do if you think your teen is suicidal?

If you've noticed several warning signs, it's time to tackle the problem. However, since it's a sensitive subject, you need to act carefully. Keep in mind that many teens might deny the issue, but deep inside they don't really want to die. They just want to end the emotional pain, but they might feel as if they're completely alone with the problem.

Here are a few things to keep in mind when trying to talk to your teen about the problem:

Your teen's feelings are real, so don't invalidate those feelings nor provide judgment

Even if you feel the teen doesn't have any reason to think suicidal thoughts, it's important not to discourage the feelings because, for her, those feelings are all too real.

Be compassionate and remind your teen of your love and concern

Sometimes teen might feel as if there's no one on the planet that cares about them. Remind your teen that you love her no matter what and let her know you're just concerned because you don't want her to get hurt.

Encourage her to describe her feelings as accurately as possible

Often, teens who've had suicidal thoughts, have felt that they don't have anyone to talk to. Create a safe environment where she can express her thoughts. To do that, you can tell your teen that you had no idea she's feeling so badly, but she can tell you what's going on.

Encourage her to talk about what has led to suicidal thoughts

Sometimes, there's a specific trigger or incident that has caused suicidal thoughts. Understanding the reasons behind the suicidal behavior is the first step towards helping your teen to get better.

Don't push your teen to “cheer up” or hide the feelings. Provide comfort and understanding by letting her feel sad. What your teen needs is emotional support.

Parents can seem very stoic and teens often feel as if they're “weird” or “crazy” for feeling depressed since their parents seem to be perfectly stable and calm all the time. Reassure your teen that everyone can feel depressed or anxious sometimes but these feelings won't last forever.

Rescuing Your Teenager from Depression
$11.99

Let your teen know you'll be there for her and she's not alone. Reassure your teen that there are other ways to fix the sadness and you will support her in fixing the situation.

Don't assume that your teen's behavior is “just drama”. By talking about the situation and asking about her feelings, she sees you take it seriously.

When you suspect the situation is serious, take some precautions, like removing alcohol and guns from the house. Don't be afraid to call the doctor as well or even taking your teen to the local emergency room – the sooner the problem gets tackled, the better.

While teens might be melodramatic sometimes, the aforementioned study proves that many parents don't have a clue about their teen's suicidal thoughts. Don't take your teen's emotions for granted – suicide is a serious issue that gets overlooked all too often. If you think your child might have suicidal thoughts, take precautions – it's better to be safe than sorry. And remember, talking about suicide doesn't cause suicide, but keeping emotions hidden and discouraging the conversation can trigger problems.

Everything You Need to Know About Vitamin C

Our skin is our largest organ and the one that grows quickest. It is also the part of us that we present to the...