You’re interested in this gorgeous guy. And all your friends tell you he’s a catch. So, now it’s up to you to catch him, right? And because you want to win him over, you think it’s time to play games. You know them all: acting like a flirt, being sexy, playing hard to get, etc.

But if you really want to win a guy’s heart, you can leave all of that stuff back home. Instead, work on these top personality traits to win and keep him.

Deep down, guys don’t want to be with a nasty girl. So, don’t be nice to him and then turn around and give everyone else the stink eye.

Be kind to him, but be kind to everyone else, too. He’ll notice that and find you way more attractive than if you’re catty and snotty. Kindness is a top personality trait.

2. Positivity is more attractive than negativity and pessimism

Everyone prefers to hang out with positive people. They make us smile, laugh and look on the bright side of life. Besides, they make us feel good about ourselves. This doesn’t mean you have to be fake, bubbly or extroverted if you’re an introvert.

But it does mean that it pays to be positive. And not just when you’re with him. Practicing a positive mindset will help you enjoy all of your relationships more. And who doesn’t want to be with a woman like that?

You’ve probably read plenty of dating advice that tells you to play hard to get and to be mysterious and alluring. First of all, you can forget all of that.

Now, you probably shouldn’t expose all your dirty laundry and share too much too soon, but you should still be authentic and honest and here’s why. If you spend your first several dates being someone you’re not, it’s going to be hard to keep that up for a long time.

What’s more, the more he gets to know you, the more he’ll realize you’re not genuine and that’s a big turn off.

4. You’re proud of your passions and interests

You might have strange and quirky interests, like stamp collecting or bird watching. Or, you might be crazy about fashion and film festivals. Whatever your interests and passions are, don’t abandon them now that you’re interested in him.

Staying committed to what you love sends a strong message to him. It’s a message that says: I love my life and I give time to what I value. When he sees this, he’ll feel honored that you’ve fit him into your life, too.

5. Take time to be impressed

Now, you don’t have to play games with someone, but you do have to be smart about how you interact with him. So, if you’re impressed with something he says, that’s cool, but whatever you do, don’t gush over him.

Men are biologically hardwired to be competitive, and they need to feel like they’re making the choice to be with you and then working toward winning you over. You need to give a guy the space to do that.

Instead, pick his brain and ask him why he decided to earn the degree that he did. Or, ask why he traveled where he did.

John Amodeo, Ph.D., and author of The Authentic Heart explains why: “Men are biologically hardwired to be competitive, and they need to feel like they’re making the choice to be with you and then working toward winning you over. You need to give a guy the space to do that.”

Confidence is all about how you feel inside, and when you’re not confident, it will come across in everything you do on the outside.

If you feel insecure, instead of confident, you’ll probably do any or all of the following things: pick at your fingers, tug at your dress or skirt, fidget, shift your body position, and bite your lip. Guys can observe these things and see that you’re not confident.

However, when you develop a confident mindset that says, “I love who I am” and “I’m good enough”, guys are always attracted to that. Not only does it make you a more appealing date, but it also shows that you’ll be fun in bed, too.

Belisa Vranich, PsyD, a clinical psychologist and the author of He’s Got Potential explains that “if you move with confidence and sensuality, it’s a sign that you’re going to be just as confident and sensual in the bedroom.”

7. You have friends and you value them

When you first start dating someone, it’s easy to obsess over him and put your other relationships on the back burner. So, as much as you want to spend time with him, continue to keep your other friendships and commitments a top priority.

When a guy sees that you don’t need him in order to have a fulfilling social life, he’ll feel less cramped and pressured by you. Furthermore, when they see that you have a full and happy life, it triggers their competitive nature and makes them work harder for you. For them, it’s an honor to be a part of your life.

You know that gushing and acting too impressed isn’t the best tactic. But that doesn’t mean you shouldn’t be engaged and interested. Challenge him intellectually, ask questions, stay curious and offer comments and remarks that show you’re actually listening and interested.

Don’t be doe-eyed or disengaged. Instead, be present and bring your knowledge to the conversation.

9. Be playful in your own way

Everyone has their own unique personality, and you might not be naturally very playful or goofy. But you might want to cultivate more lightness into your personality.

That’s because guys like to see that you’re someone they can play with. For example, are you too sensitive, uptight or serious? If so, it might make men question whether you’re a compatible partner.

Winning a guy’s heart isn’t about sneaky games. It’s about being your best and most beautiful self. That will show him that you’re someone to reach for and chase after. 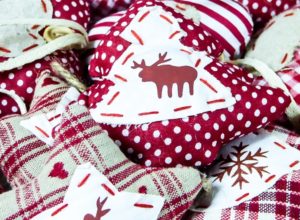 Why You Shouldn’t Get Married Before Living Together

What Living in the Mediterranean Region Teaches Us About Life