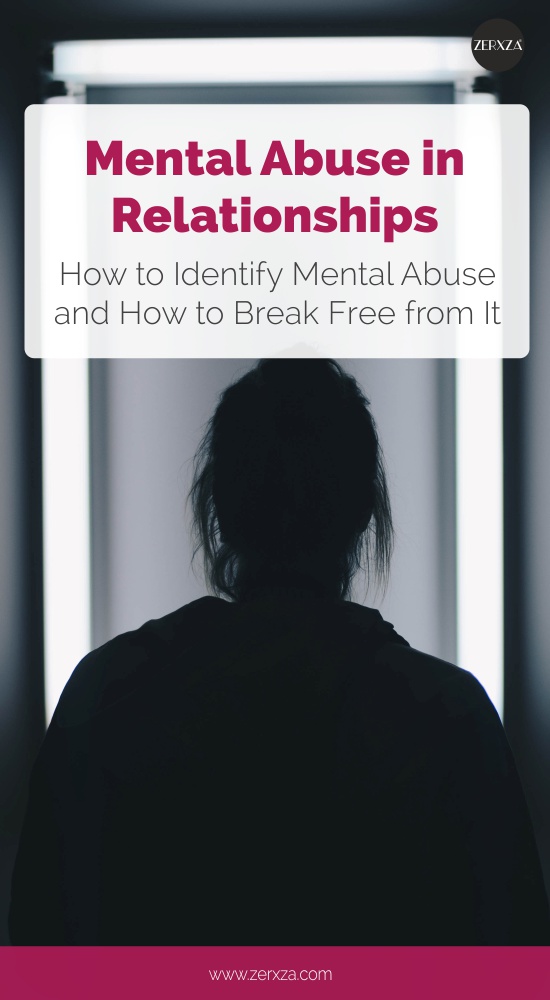 Mental abuse is sneaky and it can come in many forms. Because it’s so insidious, it can be hard to identify that it’s really happening to you. But there are definitely ways to identify it, and when you start to pinpoint what is so wrong in your relationship, you can take steps to break free.

No one should suffer from mental abuse and you don’t have to either.

What is mental abuse?

Mental abuse is a type of emotional abuse. So, let’s start there: What is emotional abuse? It’s a bit of a buzzword lately, but it’s not just negative emotions that people express with one another.

How does mental abuse show up?

It’s much more easy to identify physical abuse because there’s a clear action and sometimes an injury, too. However, with mental abuse, it’s much more insidious.

Mental abuse shows up in everyday scenarios, and it can be portrayed in small things. Here are some of them.

This can show up as name-calling, or lots of sarcastic, deriding comments. It goes without saying that this can seriously damage someone’s emotional well-being, as well as their self-esteem.

Always ignoring someone’s opinion, viewpoint or judgment is another form of emotional abuse, especially if it occurs regularly.

Emotionally abusive people love to guilt trip their victims. They do this by sulking when you don’t please them, or by giving you silent treatment as a way to manipulate you into behaving a certain way. It’s definitely unkind, but it’s usually very hard to resist these types of behavior.

Mentally abusive people don’t validate your emotions and feelings. Nor do they validate your experience. Instead, they dismiss you, as well as how you’re feeling. They’ll tell you you’re making stuff up, acting crazy or that you’re just too “emotional.”

Instead, in a healthy relationship, people should acknowledge your feelings as true and legitimate.

Threats, ultimatums and all-or-nothing statements are typical in emotionally/mentally abusive people. It’s just another way for them to control you. It can be aggressive and yelling, or it can be sly and oily. However, they present themselves, be aware that it’s a way to play games with your mind and mess with your head.

So far, we’ve talked about ways in which emotionally abusive people behave and operate. But this sign is all about how you feel. Oftentimes, because the abuser is a master manipulator, it’s very easy for you to feel as though you’re going crazy and losing your mind.

They have the ability to twist the story and contort the truth, making you feel incredibly lost, confused and doubting yourself.

Why is it so hard to see mental abuse?

Every relationship experiences struggles and difficulties. And fights, arguments, and disagreements are normal. It’s also normal for people to feel hurt and express this hurt. So, sometimes, it’s easy to take mental abuse and chalk it up to “normal” relationship difficulties.

When is behavior abusive, and when is it not?

The most important way to determine if the relationship is mentally and emotionally abusive is by asking yourself how you feel.

If you feel controlled, insignificant, unimportant, and censored, you may be in an abusive dynamic. Feeling like you don’t have control in your relationship, or in the decisions you make, is another sign of mental and emotional abuse.

Unfortunately, your partner may have no idea that they are emotionally and mentally abusive. Why? Because they may be playing out old patterns they saw in their families growing up. They may be in a lot of pain and suffering, too, and they take this pain out on you.

They could also be incredibly insecure and scared, and the only way they know how to feel better is to put other people down and to be dominant.

Is mental abuse happening to you?

Because mental abuse is so sneaky, it can be difficult to know whether it’s happening to you, or whether you’re just going through a rough patch in your relationship.

But remember, the surest way to know if you’re suffering from mental abuse is to ask yourself how your partner, and the relationship, makes you feel.

If your self-esteem, self-confidence, and self-worth are at an all-time low thanks to your partner’s behavior, you’ll want to figure out an exit plan.

If you feel confused, unhappy, controlled, manipulated, unimportant and unloved, consider that your partner is mentally abusing you.

If you feel like you’re walking on eggshells and having to tiptoe around this person, you’re not in an emotionally healthy relationship.

How to break free from mental abuse

In healthy relationships, one of the best ways to resolve conflict is to communicate and talk about it. Unfortunately, this isn’t always the best first approach when it comes to mental abuse.

Remember, abusers are master manipulators and having an open, honest and vulnerable conversation is almost impossible with them.

Instead, talk to someone you trust outside of the relationship. Let them know how you’re feeling and what’s going on. Not only can this give you perspective, but it can also help you see that you are, in fact, being manipulated.

If you feel it’s necessary, meet with a counselor who can help you establish boundaries, prioritize YOU, and help you create better life situations and relationships.

Your abuser is not your fault, so it’s time to stop feeling guilty about him or her. This might be tricky, especially since your abuser is very good at making you feel guilty and wrong all the time.

But there is nothing wrong with you.

Mental abuse is a sneaky, silent terror. If you believe you are a victim of this insidious abuse, don’t believe it has to be this way. Instead, believe that you are worthy of respect and of relationships where you feel honored and validated. 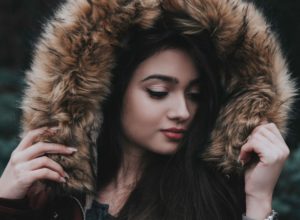