Organizing Your Home: Clever and Budget-Friendly Ways To Do It

First Time on a Golf Course? Here’s Some Essential Advice to Help You Get Started

Coconut oil is now a staple in household kitchens across the country. It’s touted as a superfood and a panacea for a variety of health concerns.

While there’s no doubt it provides many, wonderful benefits to your health, there are some things you should know about this tropical oil.

The Distinct Smell and Flavor of Coconut Oil

Some oils are generally flavorless, or have a mild flavor, like sunflower seed oil or grapeseed oil.

Sometimes, olive oil can have a distinct flavor profile, depending on the variety you purchase.

But you will never confuse unrefined coconut oil with any other oil. It has an unmistakable flavor. This can be an issue for some people, who don’t want to taste coconut in their scrambled eggs or sautéed vegetables.

The Caloric Density of Coconut Oil

Since coconut oil is, well, an oil, it makes sense that it will have considerable fat content, just like most other oils on the market today. You might want to be very generous with your coconut oil consumption because of all the health benefits you’ve learned about.

But by consuming large amounts of coconut oil, you can up your caloric intake. This can be problematic if you don’t have an active lifestyle or a balanced diet. And this can lead to weight gain. 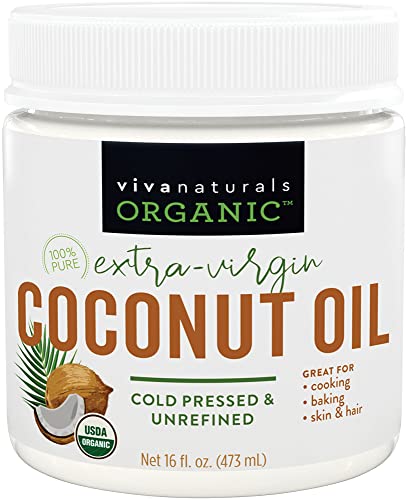 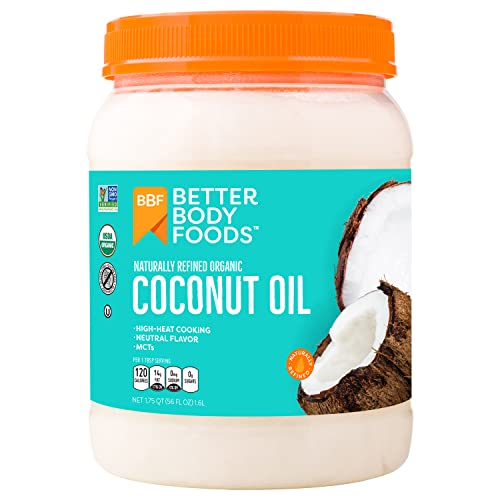 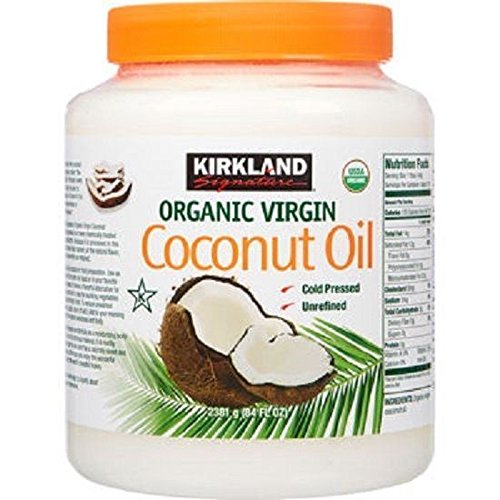 This quality isn’t necessarily a bad thing, but it can be inconvenient working with solid oil in the kitchen. Due to its fat particles, coconut oil is solid at room temperature, and it can be annoying trying to get oil from the jar.

To have accessible oil on hand, you can keep your jar near your stovetop or any other warm place where it won’t solidify. You can also place boiled water in a bowl, and place the solidified coconut oil in a smaller bowl, on top of the warm water. The coconut oil will slowly melt into a liquid state.

This is much more helpful when you need to cook and bake with it.

Coconut oil is high in saturated fats, and this scares some people away from it. 90% of its fat is saturated fat. Compare this to olive oil, which contains only 10% saturated fat!

But not all saturated fat is equal.

In fact, coconut contains a fatty acid called lauric acid, and this actually increases HDL. This is the good cholesterol you want more of.

The structure of coconut oil makes it a useful weight loss aid since it has a positive effect on your metabolism.

Here’s how it works.

Coconut oil is made up of medium-chain triglycerides (MCT), and your body uses this type of fat for energy instead of storing it away as a backup source of energy.

In short, your body is less likely to take the energy from coconut oil and store it as unwanted body fat.

Coconut oil is an ideal oil to use for cooking because it can stand up to high heats. Now, you’re probably thinking that most oils can tolerate high temperatures since we tend to use other oils all the time.

But due to the fat structures in coconut oil, it’s not as susceptible to oxidation when it's heated to high temperatures.

Why should you avoid eating oxidized oil?

Well, when certain oils are overheated, they are exposed to oxygen. This causes the oil to go rancid, and rancid oil is harmful to your health. It can contribute to vascular problems, like heart disease, or even breast cancer.

Just like any other fatty food, it’s important to consume coconut oil in moderation and to use the best quality you can find.

Because it’s quite a trendy oil, marketing and labeling can be confusing. Here are some basic tips to keep in mind when you’re out grocery shopping.

What’s the Difference Between Virgin and Extra-Virgin Coconut Oil?

To be honest, there’s not much difference between these two oils.

The terms, “virgin” and “extra-virgin” originated with olive oils, and that’s because there is a distinct difference between certain virgin and extra-virgin olive oils.

So, there’s really no advantage between virgin and extra-virgin coconut oil.

Should You Buy Expeller-Pressed or Cold-Pressed Coconut Oil? 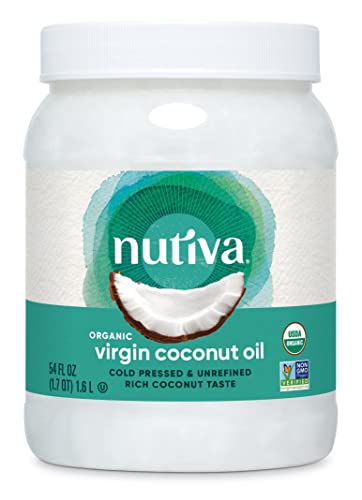 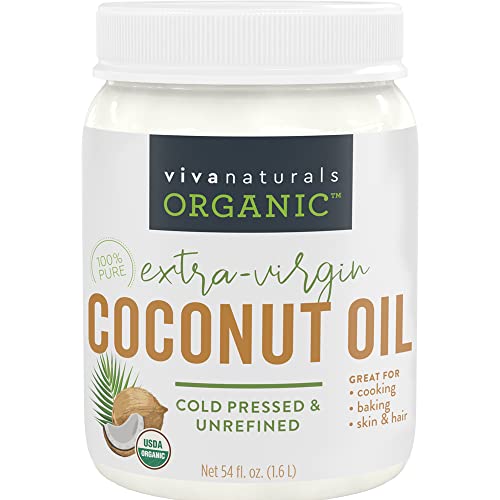 Expeller-pressed just refers to the most basic process of obtaining oil from the coconut.

The Difference Between Refined and Unrefined Coconut Oil

If you don’t like the taste of coconut, but want to take advantage of all its health benefits, opt for refined coconut oil. It has a mild flavor and can stand up to high heats (up to 400°F).

Coconut Oil is Versatile in the Kitchen

You can use your coconut oil for almost every kitchen venture. If you want to use it in baking, you may want to use refined coconut oil. This way, you won’t taste any unwanted tropical flavors in your brownies!

Another important tip to remember when baking with coconut oil is that you should always follow recipes that are made specifically for coconut oil.

It’s a great substitute for butter, but since the water content is different, it’s not always a good idea to simply substitute it. It’s better to use recipes that are designed for coconut oil.

Refined coconut oil is also a wonderful way to sauté and sear vegetables and meat. If you’re preparing Asian recipes, you might want to use unrefined coconut oil since it’s distinct flavor is quite fitting in these cuisines.

Because refined coconut oil can safely withstand high temperatures, it’s a great oil for both shallow and deep frying. It’s a healthier way to enjoy fish fries, French fries, and even homemade donuts!

Coconut oil is a wonderful staple for your kitchen. When used appropriately and in moderation, you can give all your recipes a nice nutritional boost.

How to Make a Quick and Tasty Meal to Go

We’ve all been there: You need to eat something on the go, but you don't have much time or money. Eating out can be...