48 Hours in Phoenix, Arizona: Top Things to Do

Cheat Days Are Not Okay: Scientists Prove That Even Short Sugar Binges Hurt You

Have you also lived by the common principle: eat well throughout the week, then indulge on sweets during the weekend since it won't harm you that way?

Well, as it turns out, you might be severely hurting your health by consuming sugar even in such short-term lengths. A new study by the University of Alberta found that even a short-term increase in sugar consumption can have a severe impact on your health due to a much higher risk of inflammatory bowel disease.

But what is considered “short-term”? To the disbelief of the researchers, severe symptoms arose after only a two-day high-sugar diet. Among those health issues was an increased susceptibility to colitis.

The goal of the study was to figure out how long it would take before changes in your diet could affect your health. When it came to the issue of sugar and colitis, it only took two days for changes to appear – and those changes were not for the better. 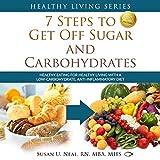 As researchers explained, such a huge health impact is related to the gut bacteria.

When you consume a high-sugar diet while decreasing the intake of fiber-rich foods (which usually happens when you opt for sugary treats), you're essentially feeding “bad” microbes in the gut, decreasing your body's immune response and thus, increasing the chance of inflammations.

As the researchers found, a high-sugar diet had damaged intestinal tissue more severely and immune response was also defective. Once a fiber-rich diet was introduced again, the problems also decreased.

“Surprisingly, our study shows that short-term sugar consumption can really have a detrimental impact, and so this idea that it's OK to eat well all week and indulge in junk food on the weekend is flawed,” said Karen Madsen, one of the researchers who also specializes in diet and inflammatory bowel disease.

The study also found that as the high-sugar diet also increased gut permeability very significantly and thus allowed bacterial products to freely roam around the body (though they should really stay in the gut), it's not even surreal to link bacterial gut to various neurogenerative diseases such as Alzheimer's.

Cheat days are especially dangerous on a ketogenic diet

Earlier this year, another study found a problematic issue with cheat days for people who are following the ketogenic diet.

According to that study, just one cheat day that included a 75-gram portion of glucose could severely damage blood vessels. Similarly to the conclusion of the most recent study on how sugar might damage you after a very short period, researchers found in the older study that a sudden glucose spike was the main bane of the issue.

As you introduce sudden changes to your diet, your body needs to react to it and thus, a high sugar dose might be extremely dangerous for those who normally follow a low-carbohydrate diet such as the ketogenic diet.

Though there's nothing wrong with having a slice of cake or a tasty treat every now and then, the concept of cheat days has gone overboard, justifying a big sugar-binge on the weekends.

Though TV-shows like Gilmore Girls might make it look fun to binge on sugar and go to a “sugar coma” while watching Charlie and the Chocolate Factory, in reality, you'll actually hurt your body severely.

Sugary treats are yummy, there's no denying it. All the scary talk about sugar hurting you doesn't necessarily mean you have to start living like a 15th-century monk.

However, if you're having trouble with controlling your sweet tooth in general and you find yourself craving sugar constantly, it means you might actually need to make some important changes in your diet.

Here are a few things to consider to stop that sweet tooth from aching for sugar all the time.

No matter how busy your mornings are, skipping breakfast is the worst thing you can do for your body. As you wake up, your body craves for energy to kickstart the day, so your body might start craving for quick energy sources.

Instead of grabbing a glazed donut (or five) or gobble down a bowl full of sugary cereals while running out the door, take some time every morning to have a fulfilling healthy breakfast. Oatmeal, wholegrain toast, poached eggs or avocados are good choices as they are rich in fiber (and other essential nutrients), making you feel full and energetic for several hours.

The most essential change you need to make in your diet is removing white sugar. Understandably, changes don't come that quickly – it's hard to just throw out all of the sugar in your household and start drinking your morning coffee without it just like that. Making too sudden changes might backfire as the changes might overwhelm you until you'll be back in the sweet embrace of sugar.

Instead of removing sugar from your life that suddenly, try decreasing the amount you consume. For example, if you're drinking your coffee with two sugars, start drinking it with just one.

As the next step, replace white sugar with natural sugars like the one in fruit. If you're having a serious sugar craving, grab an apple or a few raisins, instead of buying a bag of gummy bears or chocolate. This way you'll adapt to a sugarless diet more easily without overwhelming yourself with huge changes.

Often, when we think we're having a craving for something sweet, it's actually nothing else but boredom or just a habit. We're so used to some of our daily habits that we don't even consciously process those thoughts.

In order to get rid of your cravings, you first need to understand where they are coming from. Are you just used to snacking while watching TV? Are you used to buying a box of cookies so you always have “plenty” for when guests should come?

We're so used to having sugary treats in our lives that we don't even realize what a huge amount of sugar goes into our bodies. Listen to your body more and think twice before opting for sweets. You might harm your body in more ways than one. For health and longevity, sugar is not an option.

Are You Raising an Overly Sheltered Child?

Home Repairment: How to Hire a Good Handyman?