Vegan leather doesn’t involve animal cruelty. This makes it a go-to option for many conscientious consumers. But while vegan leather doesn’t harm animals, could this fashionable alternative have a detrimental impact on the rest of us and the planet?

The Truth About Real Leather

Do you think that leather is simply a by-product of the meat industry?

If you do, you’d be surprised to learn that both leather and meat are equal co-products in the animal agricultural industry. Some even argue that leather is the real reason behind the cattle industry.

Either way, this out-of-proportion business is responsible for nearly 20% of this planet’s greenhouse gas emissions. 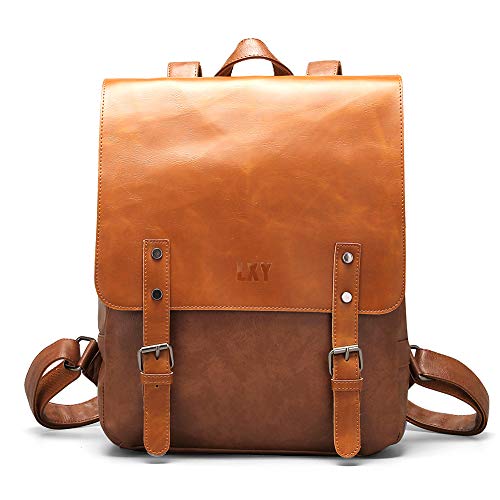 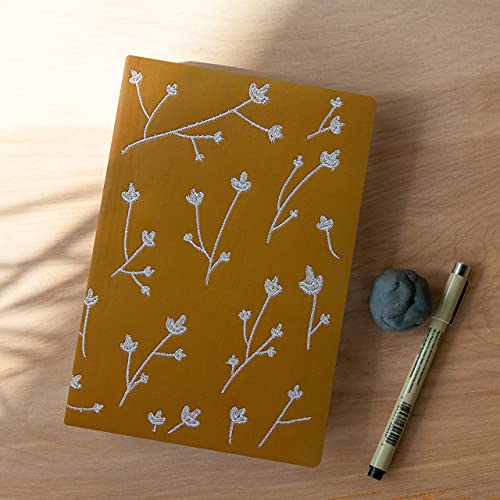 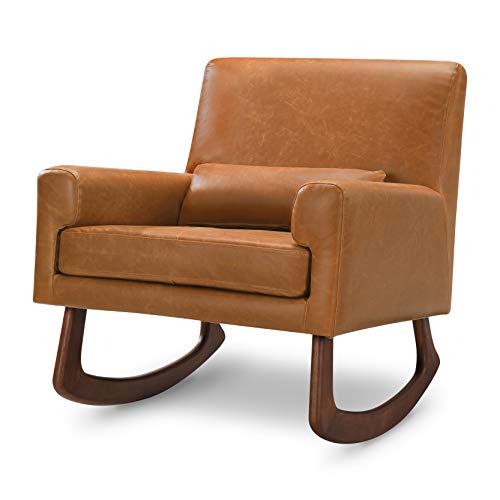 Massive deforestation is also necessary for animals to have large enough spaces to live and feed.

In fact, 30% of the planet’s surface is used for livestock, and 70% of the Amazon is now used for this purpose. This has devastating effects on the environment, as one can easily imagine.

But that’s not all, once manufacturers have obtained the hides from this mistreated livestock, the leather must be treated, or “tanned” to preserve it. This process which typically includes formaldehyde and chromium is extremely toxic and dangerous to both Mother Earth and to people.

Once the tanning process is complete, chromium usually gets dumped into water sources throughout the world, leading to mass exposure, illness, and suffering.

In fact, chromium poisoning has reached up to 1.8 million people around the world. Arsenic is also a common ingredient within the tanning process, and this also leaks into the environment, wreaking havoc in its wake.

It’s easy to see that the leather industry is disrespectful from start to finish. Animals are mistreated, water sources are contaminated, forests are destroyed, and humans get sick. It’s no wonder that people want an alternative to leather.

But are these substitutes much better?

Most vegan leather is basically the combination of a plastic coating bonded with a fabric layer. One way manufacturers accomplish this is by producing PVC.

However, making this faux leather creates toxic chemicals and substances, such as dioxins, chlorine, and carcinogens. This makes it an unhealthy choice for the environment since these chemicals can easily leak into our water sources, ground and air.

What’s more, PVC doesn’t break down easily, making it a huge factor in our growing pollution crisis. Finally, this durable material does not breath well, so you’ll probably end up sweating a lot!

In the words of Green Peace, “PVC is the single most environmentally damaging type of plastic.” Luckily, there’s a much better alternative to PVC on the market today.

However, the process of making this alternative is quite complex. So, it’s easy for manufacturers to cut corners and leave you with a product that isn’t always much better than PVC and real leather.

It’s true, polyurethane production generally doesn’t create as many toxic as PVC does. But it depends on the requirements set by the factory’s country.

For example, polyurethane made in the European Union and the United States usually meets stricter standards. But these same laws aren’t always followed throughout the rest of the world.

Besides, polyurethane production uses up fossil fuels and toxic solvents. So, while this product isn’t obtained from the backs of abused and mistreated animals, it does add to the pollutant footprint.

Faux leather is usually more affordable than real leather. And of course, it’s cruelty-free. But it doesn’t last nearly as long as its counterpart, and this leaves more nonbiodegradable waste on the planet.

The good news is that scientists are coming up with ways to improve polyurethane. They’re doing this by introducing vegetable-based plastics. These would create fewer toxins during production. Plus, it can break down more easily.

Other manufacturers are introducing the use of recycled polyurethane. This would also be easier to break down, leaving a smaller footprint than regular PU or PVC.

As you can see, finding an environmentally friendly leather alternative isn’t easy. The production of both PVC and PU are full of challenges if we want to come up with non-toxic, sustainable leather substitutes.

But plastics aren’t the only option. Luckily, modern technology has met with some savvy innovators. And they’re blazing the trail when it comes to creating vegan leather you can be proud to wear.

Here’s a quick round-up of only a few of the many vegan leather alternatives. 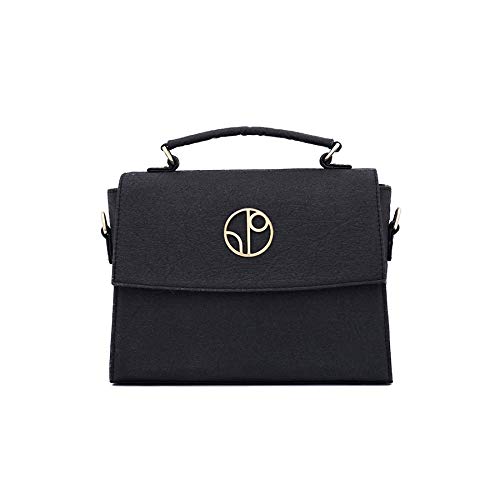 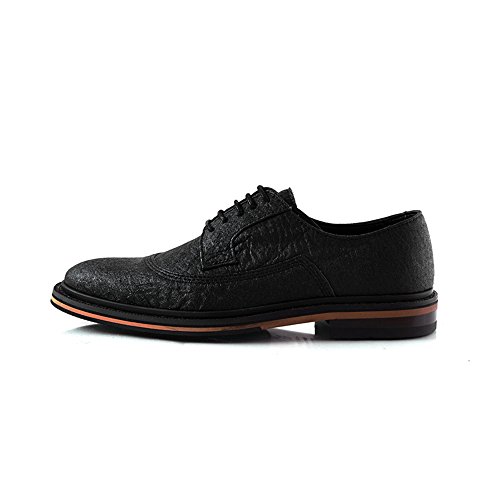 This sustainable, natural textile is made using the waste of pineapple leaves that would only be discarded during the pineapple harvest. The fibers are extracted and this faux leather is created without using up any extra fertilizers, pesticides, land or water.

The end product is a handsome, pliable textile that’s soft and breathable, without causing any destruction or harm to pineapple crops. 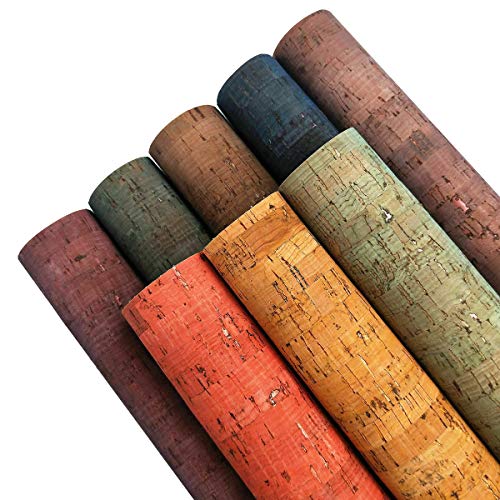 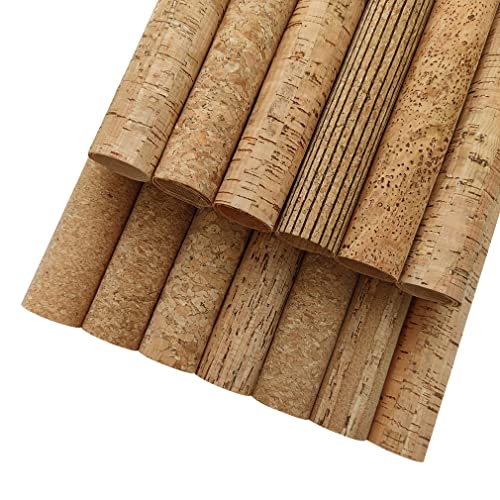 This soft and waterproof leather is made with the wood of the cork oak tree. The thin wood shavings are used to create a cork skin that is both ecologically friendly and renewable. Cork leather is used to make fashion accessories and clothing items for both men and women. The beautiful earthy tones make this vegan leather both a versatile and conscientious option.

Fruit Leather Rotterdam is a budding project in Amsterdam, where college students are turning wasted fruits and veggies into a viable leather alternative. It all began when they saw how much food was thrown away in Rotterdam every single day.

As the old saying goes, “One man’s trash is another man’s treasure”, and these Dutch students gobbled up these scraps and made a vegan leather with them.

When it comes to buying leather, you may feel like you’re stuck between a rock and a hard place. On the one hand, real leather involves animal abuse, deforestation, and toxins. But on the other hand, PVC and PU also create toxins and non-sustainable leather options.

With other substitutes hitting the market, it’s now possible to find vegan leather that lines up with your values and intentions.

13 Ways Yoga Helps to Create and Maintain a Healthy Mind

The news and media are full of stories of children who are bullied at school. And to counteract this, many parents focus on teaching...