Staying Healthy While Eating Junk Food: Is it Possible?

70% of American women dye their hair, but hair coloring is nothing new. In fact, men and women have been dying their hair for centuries.

And the history of hair coloring is pretty fascinating. Just wait until you hear what the Ancient Egyptian women used to do.

Normally, when we talk about the Paleolithic period, we’re talking about the Paleo diet. But it seems that as far back as 80000 BC, humans used to dye their hair with iron oxide.

We know this because researchers found traces of red dye in the soil where these people were buried.

Between 3000 and 332 BC, ancient Egyptians would shave their hair, make them into wigs and then dye them. What color?

The sky was the limit – a lot like it is today. Egyptian hair could be black, red, gold, blue or green, all by using plant extracts like henna, saffron, Inigo and alfalfa.

Instead of sticking to plant extracts, Greeks and Romans created permanent hair dye using lead. That was a pretty toxic cosmetic treatment, and luckily we don’t do that to our hair anymore. But believe it or not, humans continue to use lead in cosmetic products, like lipstick. Some things never change, right?

Well, not exactly. Once the Romans and Greeks realized that lead was poisonous, they didn’t say goodbye to black dye. instead, they fermented leaches in old wine vessels and made black dye that way. It seems like Romans were really keen on black hair dye, huh?

But what if you didn’t want to use toxic lead or fermented leaches? Another option for Greeks and Romans was to buy a pre-dyed wig. Romans, for example, liked to wear black-haired wigs from India or blonde-haired wigs from Germany.

And one more thing before we move on from Ancient Romans, prostitutes had to dye their hair blonde or wear a blonde wig to signal that they were, in fact, sex workers. 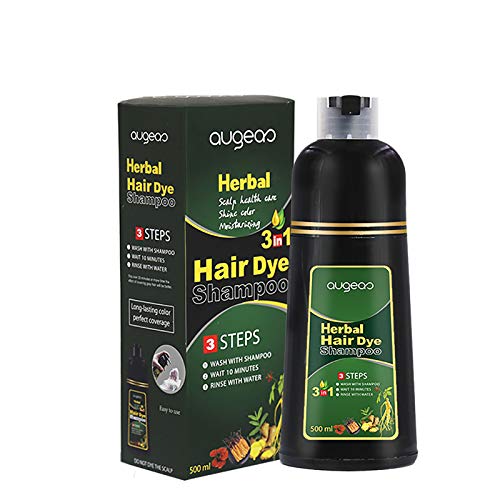 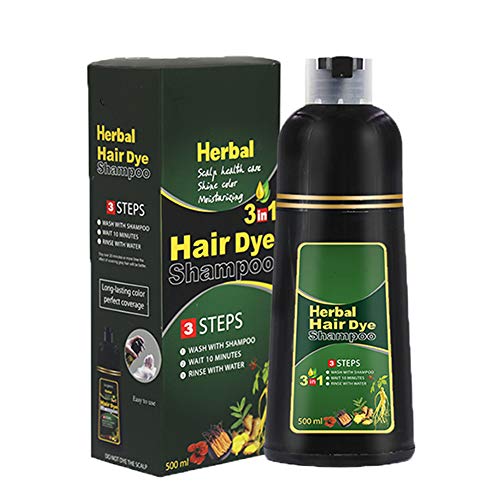 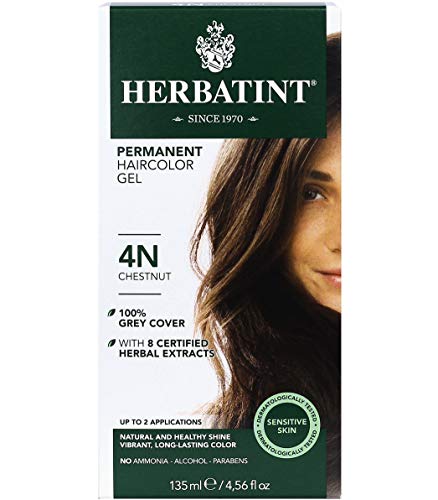 In an illustrative account about the ancient Celtic warriors, the Roman historian, Diodorus wrote, “Their hair is blond, but not naturally so: they bleach it, to this day, artificially, washing it in lime and combing it back from their foreheads. They look like wood-demons, their hair thick and shaggy like a horse’s mane.” That must have been a sight to behold!

As the centuries past, so did people’s fascination with hair coloring. It seems that for as long as people have had hair, they wanted to dye it. In the 18th century Italy, Venetian women lightened their hair using lye, which like lead, isn’t a safe substance to pour all over your hair. But luckily, modern times were just around the corner, and so were safer hair dyes.

In the 1860s, British chemist, William Henry Perkin, was busy trying to develop a drug to fight malaria. But he ended up synthesizing a chemical that was more vibrant and permanent than other dyes of the time.

The chemical? Something called, para-phenylenediamine, or PPD. Believe it or not, PPD is still the main ingredient in hair dyes used today.

In 1907, the founder of L’Oréal, Eugène Schueller, is said to have created the first synthetic hair dye. That is, a dye made especially for hair. Today, L’Oréal is still a leading brand when it comes to hair coloring.

During the Flapper Era, jet black hair was the color of choice. Film stars like Louise Brooks led the trend, but it was still taboo from everyone else to dye their hair. So, women had to do it secretly in salons.

Hair coloring trends did a complete 180 in the 1920s. Instead of jet black hair, women started to favor “platinum blonde.” This was largely due to the American film actress, Jean Harlow, a blonde bombshell, whose almost white hair allured everyone.

Unfortunately, Harlow died at the young at of 26, and one has to wonder if her blonde hair protocol contributed. In order to get her platinum locks, she used a mix of peroxide, ammonia, soap flakes and clorox.

In 1947, the beauty brand, Schwarzkopf (which translates to “Black Head”) created what is thought to be the first home coloring kit. It was called “Poly Color.”

Instead of platinum blonde, women switched back to darker hair colors. Much of this was due to the rationing of World War II. Who were popular darker hair icons? Katharine Hepburn and Ava Gardner.

The 1950s was a busy and exciting time for hair coloring. Like Schwarzkopf, Clairol started offering at-home coloring kits. Clairol’s kits allowed women to lighten, rather than bleach their hair. Women could also use spray-on dyes to imitate the actress they saw on the big screens.

So, they could try bright blonde or flaming red colors and see how they liked it.

Back then, it was still a bit of a taboo to dye your hair, so their slogan. – “Does she or doesn’t she?” – resonated with women throughout American. Fortunately for women today, hair coloring isn’t anything to be ashamed about.

And while women were learning how to lighten their hair at home, Hollywood star, Marylin Monroe, brought platinum blonde back.

Thanks to Audrey Hepburn’s iconic highlights in the movie “Breakfast at Tiffany’s,” both blonde and brunette women started to highlight their hair.

Frosting continued into the 1970s, and it gave women that natural, sun-kissed, free-spirited look, which was pretty fitting for this decade.

This was a time for experimenting and defying conventions. And hair coloring did exactly that. Hair was colored and styled with a lot more edge and rock-n-roll flair. Remember Madonna’s blonde hair and dark roots?

The 1990s toned it down a bit with chunky highlights. They were easy, obvious and pretty vanilla. The most iconic model for this hair coloring trend? Britney Spears.

Ombré took the chunky highlights of the 1900s and made them a tad more elegant. Instead of big obvious colors, the color gradually got lighter toward the end of the hair. There were countless celebrities who played with Ombré. Lauren Conrad stood out among them.

We’ve gone all the way from the Paleolithic era up until modern hair coloring. And guess what? We’ve done a full circle. Remember how the Egyptians used to wear wigs that were colored with black, red, gold, blue or green coloring.

When it comes to hair coloring these days, the sky is the limit.

It’s a common misconception that you can’t do anything to change your body. The truth is, the human body is very adaptable and we...