We do everything online, from banking to grocery shopping, so why not dating? Well, it’s nothing new that people have used dating apps with both positive and negative outcomes.

But if you’re thinking of giving Tinder or another dating app a try, you might want to reconsider. These online platforms are ruining dating completely. Here’ are nine reasons why: 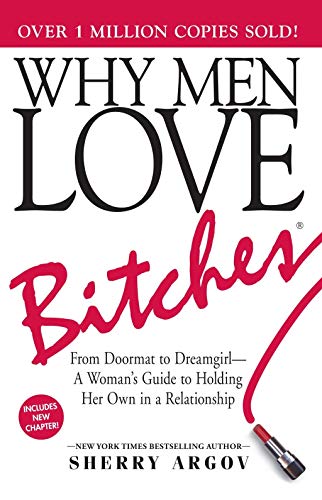 Why Men Love Bitches: From Doormat to Dreamgirl―A Woman's Guide to Holding Her Own in a Relationship
−$3.31 $12.64
Bestseller No. 2 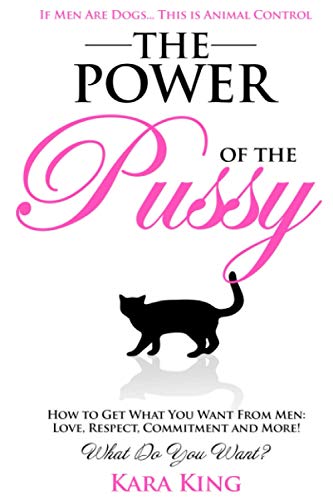 The Power of the Pussy: Get What You Want From Men: Love, Respect, Commitment and More!
$14.99
Bestseller No. 3 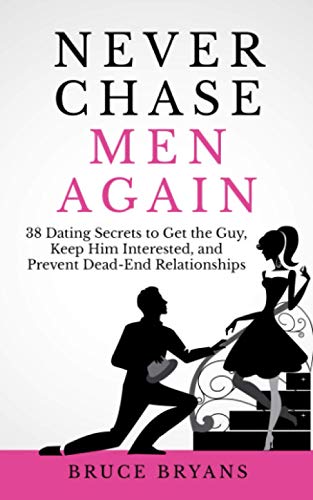 The online world has many benefits: it’s fast, convenient and full of options. But what happens when an app gathers up all the singles and lets you swipe through them all?

What you end up with is an endless selection of potential suitors, but instead of treating them like individual people in their own right, we tend to treat them like the images we scroll through on Instagram.

We like some, we pass over others. But we don’t really dig too deep, or even bother to read the caption. Unfortunately, we bring that same detached engagement to potential matches.

A sentence or two is usually the beginning of a longer conversation, and let’s be honest, some conversations get off to a rough start. People can be nervous, awkward or distracted at first.

But as they become more comfortable, words flow more freely and you actually have a chance to see a little deeper into someone’s personality.

With dating apps, people describe themselves in as little as one or two sentences, and that’s all you have to go by. And unless something really puts you off, it’s easy to see how you could overlook a potential match based on their first sentence. In the end, we end up judging people based on pretty shallow assessments.

With so many options to choose from, combined with a FOMO (fear-of-missing-out), app users can be afraid to commit to one person because of all the other guys (or gals) they might be missing out on.

But in real life, this isn’t how we experience meeting people or blind dates. Usually, we see people while we’re at work, with friends and family, or just out doing our own thing. If you see one gorgeous guy a day, it’s saying a lot.

But what are you supposed to do when you’re given so many to choose from?

Instead of committing to one person, and giving him a try, you just keep searching endlessly. What fun is that?

For better or for worse, some online messaging just comes to a complete stop. And while it’s better to move on and not cry over spilled milk, it can be frustrating, tiring and in a way, dehumanizing.

After all, every single person using these apps is a person just like you, but it’s difficult to give each one the attention and respect they deserve when you’re completely separated from them socially.

We enjoy the hunt, but not the cutting, slicing and cooking that is required after the hunt is over.

No one wants to seem desperate, and that’s nothing new. People have been trying to play it cool for centuries. The only problem with dating apps is that they provide the perfect setting for  playing hard-to-get even more.

As one critic commented, “we enjoy the hunt, but not the cutting, slicing, and cooking that is required after the hunt is over.”

It sounds like a gruesome comparison, but the truth is, with so many options available on Tinder, and other dating apps, why is it that very few connections actually develop into an actual meeting?

An app is not someone’s natural habitat. It just reduces the person to a potential commodity that you can either take or leave. But what if you met that same individual in person?

For example, can you imagine how different it would be to meet a cute barista in person, and see him working this craft, rather than scroll past him on your dating app? Or, what about interacting with that diligent colleague and discussing business with her? How could you fail to notice her clever wit and persuasive charm?

You see, people live in the real world. And when you extract them from real life, it’s really hard to get to know them and see what they’re actually like.

Why Men Love Bitches: From Doormat to Dreamgirl―A Woman's Guide to Holding Her Own in a Relationship
−$3.31 $12.64
Bestseller No. 2

The Power of the Pussy: Get What You Want From Men: Love, Respect, Commitment and More!
$14.99
Bestseller No. 3

When we set up a profile, we have to be specific and label ourselves as one thing or another. We put ourselves into categories and groups. On the one hand, it makes perfect sense. It’s what allows the app to match you with the “right” person. But on the other hand, it also closes you off.

Opposites do attract, but apps – thanks to their algorithms – remove the magic of spontaneity and serendipity and leave your results to mathematical equations.

Hook-ups are sort of a given when it comes to Tinder. In a way, singles exploit Tinder in their attempt to gain something sexual from the other person. And men and women are both guilty of this. Consensual, casual sex with no strings attached is something that’s easy to find on this platform.

And perhaps one could say that it’s even acerbating the one-night-stand culture. This makes it more difficult to find people interested in much else.

A survey conducted by the University of North Texas found that singles who use Tinder tend to have low self-esteem and feel dissatisfied with their appearance compared to people who didn’t use any dating app.

This is especially true of men since a woman’s perception of herself is usually affected by visual media like TV, magazine and social media platforms.

The world is definitely online, but maybe it’s time to take dating offline and put it back into the real world.

Maybe you have a specific younger guy in mind or generally find you’re attracted to men younger than yourself. Either way, if you’re serious...