With approximately 160 million Americans overweight or obese, it’s no wonder that weight loss is a popular topic. And while there are tons of diets, exercise routines, and wellness resources to help people achieve weight loss, there’s not a lot of talk about fat cells.

But fat cells have a big role to play in weight loss, too. So, keep reading to learn how fat cells work and why they’re an important part of every weight loss story.

What are fat cells?

There are two types of fat cells. The lesser-known and recently discovered type of fat cell is called brown fat cells. These cells are responsible for burning fat (we’ll cover this later on). But what we’re mostly concerned with here are white fat cells – the ones that store fat.

In the simplest terms, white fat cells are cells that contain fat. They’re the cells that are able to both manufacture and store fat. The fat stored in these cells is in the form of a triacylglycerol.

Where does this fat come from? Whenever we consume more energy/calories than we expend, this energy gets stored as fat in our body.

Fat cells usually exist underneath the skin of the thighs, hips, stomach, and arms. Fat cells also hang out above muscles, too. This is why even if you tone your abs, you won’t see this muscle definition if you have excess fat stored there.

People used to believe that you had a set amount of fat cells and that the amount never increases. However, scientists now know that this isn’t true. In fact, fat cells are pretty active, and they can grow and increase in number. What’s more, they also play a big role in metabolic functions.

So, to summarize, white fat cells have two roles: they hold fat, but they’re also pretty dynamic cells, too.

It goes without saying that fat cells are storage places for fat, but they also hold a lot of other important substances, too, like vitamins, hormones, pollutants, and toxins. This is why having too much body fat can lead to imbalances throughout the body.

For example, fat-soluble vitamins, such as A, D, E and K, will stay held in fat cells, rather than used for the body’s needs.

A woman’s body can produce its own estrogen in fat stores. But if the female body produces too much estrogen, this can increase the risk for breast cancer.

Fat cells to soak up pollutants and toxins. And while that might seem like a bad idea, it’s actually a good short-term solution to keep the rest of your body safe from them.

But your body is better off without a harmful buildup of substances, like excess estrogen, pollutants, and toxins. So, losing weight can help your body get rid of fat and all of these unnecessary substances. Losing weight also helps to free up fat-soluble vitamins that your body can then use for nourishment.

Therefore, weight loss is actually a way to burn fat and detox the body.

Fat cell amounts vary depending on gender and body weight

Women tend to have more fat cells in their body than men. And as an individual moves from infancy to adulthood, their fat cells can increase from 5 billion to 30 billion.

How do fat cells lose fat?

According to Tom Venuto, a certified strength and conditioning specialist (CSCS) and certified personal trainer (CPT), when you lose fat, you don’t lose the fat cells. The fat cell remains, but the fat that was stored inside of it exits the cell.

Venuto explains that “the fat is not burned right there in the fat cell, it must be liberated from the fat cell through somewhat complex hormonal/enzymatic pathways. When stimulated to do so, the fat cell simply releases its contents (triacylglycerol) into the bloodstream as free fatty acids (FFA’s) and they are transported through the blood to the tissue where the energy is needed.”

In short, in order for the body to burn fat, the fat must get released from the fat cells. From there, the fat gets used as energy somewhere else in the body.

If your goal is to lose weight, you want to increase the number of your brown fat cells and to decrease your white fat cells.

That’s because when you exercise your muscles, it leads to the production of a hormone called irisin.

According to Harvard Medical School professor, Dr. Anthony Komaroff, “Irisin travels throughout the body in the blood, and alters fat cells…If your goal is to lose weight, you want to increase the number of your brown fat cells and to decrease your white fat cells.” And that’s exactly what irisin does.

In recent years, scientists have found that there might be a way to make white fat cells burn fat rather than store it. It’s possible with something they refer to as the genetic switch called FTO.

FTO is a gene which can influence our experiences of hunger and appetite, but it also affects fat cells, too. In fact, FTO can switch off other genes so that white fat cells burn energy. It’s a discovery which may lead to gene therapy for overweight and obese individuals. However, further research is necessary to understand more about this fat-burning genetic switch.

As you can see, there are many factors when it comes to weight loss, and fat cells are one of them. They play a huge role in any weight loss effort, and there are steps you can take to influence them and help them release fat. This way, you can lose weight, feel great and detox your body. 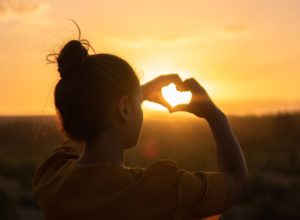 How to Use Synthetic Grass in Interior Design

How to Find Your Sexual Limits