We’re always told not to judge a book by its cover, but what about when it comes to choosing a man?

A person’s appearance is usually the very first thing you notice about them. We may even make unconscious judgments about people based on their appearance. And when it comes to men, it’s no different.

But how much stock can you put into a guy’s looks? Is it fair to choose a man based on outer appearance?

What a Man’s Appearance Says About Him

Whether he realizes it or not, a man’s clothing shows what he thinks about himself, and how he positions himself in society. A man’s appearance can indicate what he does for a living, his hobbies, his values, and his general interests.

This doesn’t necessarily mean that all wealthy gentlemen will sport expensive brands. Billionaire, Michael Bloomberg, is said to have only two pairs of shoes!

There’s always more to a person than what meets the eye, but what you can see does say a lot about the person.

For example, someday, a guy might present himself in a smart, put-together way, in order to make a good impression, get approval and show off his financial status. Other times, he’ll put in less effort because he’s not out to prove anything.

But whether a man is kicking back in jeans and a tee, or donning a tailored suit, it’s important that he cares about his appearance.

According to clinical psychologist, Dr. Jennifer Baumgartner, author of You Are What You Wear: What Your Clothes Reveal About You, “anything where it looks like you didn’t take the time or make the effort comes across badly,” she says. “The worst clothing is the kind that tries to undo, ignore or hide who you are or the kind that shows you didn’t pay attention to your body/age/situation…Any clothes that prohibit you from doing your job will send the wrong message.”

And if a man tries to undo, ignore, or hide himself, you probably want to look elsewhere. 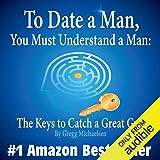 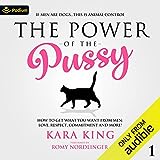 His Career Is in the Clothes

Clothing, shoes, and appearance all convey a message.  But in today’s society, dress code, work uniforms, and social expectations tend to create a more homogenized blend of people. However, seeing what a man wears during office hours can indicate his career.

For example, certain industries require men to dress well. Finance, law, and corporations (just to name a few), usually require suits, ties, and fine shoes at the office. This might not necessarily be his go-to look, but a style he’s required to have. However, it might not be as constraining as it seems. Men who don’t like to wear suits probably won’t pursue a career that requires formal attire.

The same could be said for men who work in more hands-on fields, like construction, mechanics or repair work. These guys probably feel at home in their rugged, worn pieces. And that’s a good indicator of what type of person he is.

How to Decipher a Man by His Looks

You can make assumptions about a person based on their work attire, but you can look further and pick out small details that reveal more about him. Here are some tips to help you decipher what type of man he is based on his style choices.

Let’s face it. Some guys are just a bit needy and more precious than others. If that’s not attractive to you, then be on the lookout for things like:

Detail oriented guys aren’t the same as their high maintenance peers. Instead of being fussy, he pays attention to his appearance in an intentional way.  You can spot guys who pay attention if you see:

Casual and Laid Back Men

Are you looking for someone who’s chill and laid back? It’s not difficult to spot these types based on their appearance.

And his easy-going attitude probably influences much more than his wardrobe choices, so he may apply the same laissez-faire to the rest of his lifestyle. Look for:

Some guys don’t look at fashion as a decorative thing. In fact, they might not give fashion much thought at all. Instead, these guys look for pieces that won’t hinder their lifestyle and get in the way of what they like to do. He’ll probably wear:

Confidence is the Most Attractive Look

Men and women can both agree that the most enduring and attractive quality in the opposite sex is confidence.

Insecurity, shame, and emotional instability are not qualities that lead to high-quality relationships. So, while scoping out guys, look for a confident stride, a firm handshake, and good eye contact. Is he attentive, interested and engaging? These look better than any outfit.

And of course, a nice appearance can only help, but that shouldn’t be the only prerequisite when choosing guys.

Not All Men Care About Fashion

Men, like women, have varying interests. And just as some women love fashion, and other girls couldn’t be bothered, the same can be said for guys. Some have a natural flair for style, and others simply don’t. And that can put them at a disadvantage amongst their more metrosexual peers. So, it’s okay to cut some guys a little slack.

If he’s confident, genuine and kind, you can always spruce up his wardrobe with time!

The jury’s out. Should you choose a man by his looks? Well, being able to identify certain qualities based on his clothing can certainly help you narrow down your options. But, there’s always more than meets the eye, too.

Sexless Marriage: Is It Really a Bad Thing?