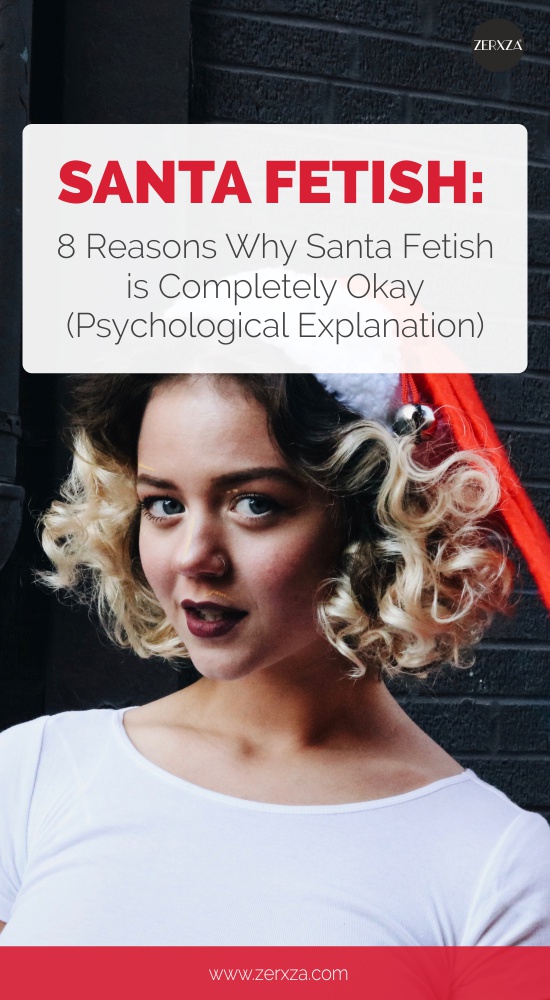 The wide range of sexual fetishes never ceases to amaze, and that includes the Santa fetish.

Yes, some people are sexually aroused by the figure of Santa Clause. And while that might ruin Christmas for some people, an article about Santa fetish may actually be vindication for women who actually have it.

Once you know about the Santa fetish, you might begin to see why it’s not that crazy after all.

Let’s talk about fetishes for a sec. Are they strange? Sometimes, yes. Are they wrong? Not necessarily.

Sexual fetishes might seem crazy, but they’re not wrong or immoral, nor do they mean you’re deprived or disordered.  The only time that’s the case is when your sexual fetish puts someone else in physical, mental and emotional danger.

A fetish is when an item or person is associated with sex. This goes for things like diapers, feet, insects, and the list goes on and on.

So, how do people get a sexual fetish? Well, there are hundreds of fetishes, and it’s hard to come up with a definite reason why each person develops their fetish.

But the one we’re going to focus on today is early life experiences. It seems the most appropriate explanation for the Santa fetish.

Childhood experiences can contribute to the development of a fetish. And the more someone associates an object or person with the feeling of being sexually aroused, the more likely it is that these two, seemingly unrelated things will become deeply connected.

That brings us to the Santa fetish. After all, Santa is someone we get to know as children during the Christmas season.

Researchers have identified that the figure of Santa Claus can indeed be understood through the psychoanalytic concept of fetishism. But how do people develop a thing for Santa – especially based on childhood associations? Here are eight possibilities.

#1: Santa is the ultimate Daddy

Santa is like a kind and generous authority figure who makes you feel safe. And for women who had a disconnected, or emotionally unavailable father, it would make sense that they would feel a deep attraction to someone who is there for them and makes them feel secure.

Plus, you get to sit on Santa’s big lap, which isn’t a bad place to start, now is it? If you think about it, the Santa fetish lets women explore sexual longings which they’re not usually allowed to explore. Like, sitting on a man’s lap, for example – a man you don’t know very well personally, but someone you’ve known about ever since you were a kid.

There’s definitely something alluring about this – the celebrity of Santa, and being with someone who is known all over the world.

#2: Santa is the ultimate “Sugar Daddy”

Even as children, the idea of sitting on Santa’s lap and whispering in his ear can stick. Think about it. When else do you get to whisper Into a man’s ear and tell him everything you want, and then, voila! He gives it to you.

It’s easy to imagine this dynamic playing out in the bedroom. What makes this even better is that Santa doesn’t ask for anything in return. He just wants to make you happy.

Another alluring quality of good, old Santa is his red outfit. Research shows that this color can increase a person’s attractiveness. Plus, we have long associated red with romantic concepts, like love, passion, and fire. Oo-la-la.

It also seems that people who wear the color red are more confident and actually more sexual, too. Seeing Santa decked out in head to toe red may signal something in the subconscious mind and contribute to the sexual fetish.

In a survey of over 8,000 women, ranging from young to old, researchers discovered that hands down, women think men with facial hair are more attractive. Could this contribute to the Santa fetish? Well, it certainly doesn’t hurt.

Some women are really into older men, and Santa’s age can definitely work in his favor. Santa is basically an eternal figure, who has been part of the Christmas culture for centuries. And an experienced man can be kind of exciting.

Santa’s the one in control, and that doesn’t just refer to driving his reindeer sleigh. Wink wink. Sometimes, women don’t want to be in control. They want to let loose and stop feeling so uptight. It’s exciting to let someone else dominate you once in a while.

#8: He comes when you’re asleep

Tradition has it that Santa only comes to your house when you’re asleep. Then, he sneaks into your house and leaves you gifts. You can interpret this any way you want.

The long history of a sexy Santa

This might be the first time you’ve ever heard about the Santa fetish or santaphilia, but “sexy” and “Santa” aren’t really a new combo.

Take St. Nicholas. He’s actually a real person who lived in 4th century Turkey. He’s the patron saint of a great many things, but the one that stands out is his patronage of sex workers.

Why? Because he saved three poor women from having to earn their money as sex workers by providing them with enough money to get married.

Then, there’s Father Christmas, who by now, is interchangeable with Santa Claus.

It seems that back in the 1600s, Father Christmas was a bit of a naughty boy himself. Just listen to this description of him from “The Arraignment, Conviction and Imprisoning of Christmas.”

We read that “women dote after him; he helped them to so many new Gownes, Hatts, and Hankerches, and other fine knacks, of which he hath a pack in his back, in which is good store of all sorts, besides the fine knacks that he got out of their husbands.”

Well then! From this 17th century account, it’s pretty clear that Santa was a man about town, and knew a thing or two about pleasing the woman folk.

The sexualization of Santa continues to this day. Nowadays, we have songs and films like, “I saw Mommy kissing Santa Claus,” which was perhaps immortalized by The Jackson 5 back in the 1970s.

The Santa fetish is definitely a thing, and it might draw on some powerful childhood associations. If you have a Santa fetish, enjoy it. 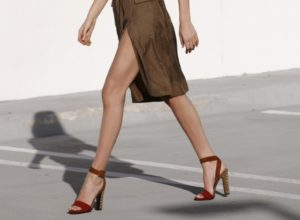 7 Ways to Volunteer in Your Community

Psychology Behind Bondage: Why Is Bondage so Exciting?