If your husband has an affair with another woman, the shock and pain are hard to describe.

And despite the fact that affairs shatter trust and can even destroy a relationship, women are still crazy for married men. The question is, Why? Why are married men so darn tempting to women?

Sex with married men is attractive because there are few if any, strings attached. After the passionate intimacy is done, he goes his way, and you go yours. You’re free to do what you like, to live where you like and be who you like.

And quite frankly, he can’t really say anything about this. So, you get to have lots of sex without any of the compromise and commitment that comes with a standard relationship.

When having an affair with a married man, you may not know his wife at all. You may not even know what she looks like. In fact, you may only know what she’s like based on what he tells you.

And more than likely, he’s not going to sing her praises. Instead, he will disparage her and put her down. This makes her seem like a lesser woman, and you: the superior, more desirable one.

So, in your eyes, you’ve won. You’ve beaten her, and in the competition for this one man, you’ve come out victorious. This can make a woman feel very powerful. After all, you’ve managed to lure a married man away from his wife.

Single guys are great. After all, that’s who most women sleep with when they’re not shacking up with married men. But the advantage of having an affair with a married man is that he already knows his way around a woman’s body.

He already knows what women need and like, in general. How could he not? He lives with one.

Anything forbidden is just more attractive

After reading this sentence, what did you think of? Chances are, even though you weren’t supposed to think about this quintessential American cookie, you not only thought of them but imagined how glorious they are when they’re fresh out of the oven.

Think about Belle, who was strictly forbidden from entering the West Wing of the Beast’s castle. What did she do? She went exactly there.

In short, when we’re told not to do something, not only do we think about doing it, but we glorify it, too. And the more forbidden something is, the more desirable it is.

So, if having sex with a married man breaks an important societal standard, it’s even more attractive. And once you do it, you realize you can beat the system.

Affairs increase the drama in your life

Some people love drama, intrigue, and being with the “bad boy.” And having an affair with a married man gives you a decent dose of all three.

When you’re having an affair, you don’t have to absorb all the drama from your favorite series or reality TV show. Now, you get to have a taste, too.

Women who have unresolved emotional issues from childhood may continue to seek these patterns in their adult relationships.

Married men fit this bill really well. After all, they can’t open up to you because they’re committed to their wife and children if they have any.

In a way, you feel safer this way: you and he are less vulnerable to everything that comes with a committed relationship.

Married men are the “good ones”

We tend to idolize what we don’t have. And if it seems like all the guys out there are afraid to commit, or they just don’t seem decent enough, you look to where the “good ones” are: married, with other women.

But that doesn’t deter some women. You want a decent, stable guy and even if that means he’s already taken, what’s stopping you from breaking some rules to enjoy him, too?

Women give men what their wives don’t

Close to 50 percent of American marriages report being sex-less, and there are many factors at play here. But at the end of the day, husbands aren’t having much sex, and neither are their wives.

And it’s not that these men aren’t interested in sex. In some cases, it’s just that they’re not having it with their wives. When this happens, having sex with a married man means you’re giving him something that his wife isn’t.

Again, this makes you feel superior, powerful and that you’re winning in a competition that doesn’t even exist.

A single guy can date you, make love to you, pamper you with special gifts, and make you feel like his queen. But the risk involved with all of this is basically zero.

A married man, on the other hand, must do all of this in secret. And the clandestine nature of your affair makes you feel special and important. After all, he has to go through a lot of trouble to meet you for dinner, or to purchase something special for you, or to sleep with you.

The difficulty involved with the relationship adds value to it and makes you feel like he’s really committed to you – perhaps more than a single man would make you feel.

He probably won’t leave his wife for you

A lot of women yearn for a man who will love them and commit to them. But not all women want this. In fact, a lot of women are put off by a man who wants a long-term, committed relationship. In fact, when having an affair with a married man, you feel safe, knowing he will probably never leave his wife for you.

There is no simple reason why married men are so tempting to other women. The 10 reasons discussed here don’t make affairs any less damaging or hurtful to everyone involved.

However, they do help explain why married guys are more attractive than single ones. 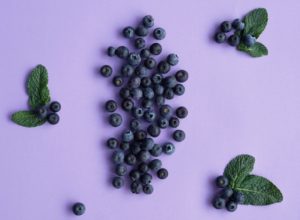 Just One Cup of Blueberries Improves Your Health Tremendously, According to Research

Apartment Life With Kids: How to Manage It Without Going Crazy

Is Avocado Oil Truly the Healthiest Oil? It Might Be and Here’s Why