Battling with Demons That Are All Too Real: Food Addiction

Opposites Attract… Or Do They? Here’s What Influences Attraction

Most women would agree that Brad Pitt and George Clooney are gorgeous human beings. Plain and simple. And you might think so, too. But are they your type? Because you probably have your type that you go gaga for time and time again.

Is it possible to have a bunch of different types? Read on to discover that your idea of Prince Charming is a bit more flexible than you think.

What Influences Your Attraction to Certain People

There’s definitely more to a person than meets the eye, but physical attraction is usually the first thing that sparks our interest.

Here are six reasons why you’re consistently attracted to the same type of person, and also why your type can actually change over time!

50 percent of the time, people agree that certain faces are attractive. But what drives the other 50 percent?

Researcher and author, Laura Germine of Massachusetts General Hospital, offers some theories about what influences your attraction and how you end up with your specific “type”.

She suggests that your own, unique experiences shape your attraction to your ideal mate. So, if in your life experiences, you consistently see a specific look, you’ll develop an attraction for that look. And then, if a different-looking person enters the scene, chances are likely that you won’t find him or her attractive.

Furthermore, if there’s a face that you’ve paired with a positive experience, you’re more likely to feel more attracted to people who resemble that face. 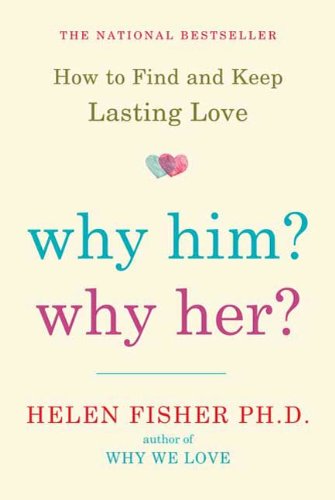 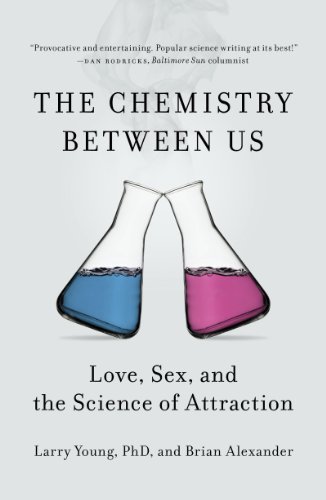 The Chemistry Between Us: Love, Sex, and the Science of Attraction
$9.99 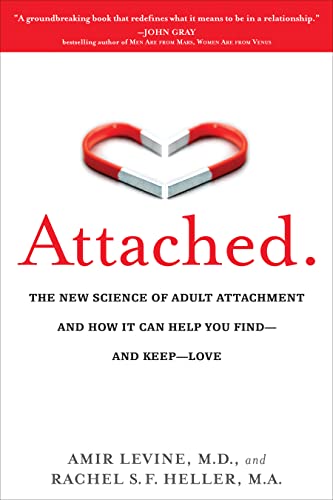 Farouk Radwan, MSc, studies attraction psychology, and in his book, The Psychology of Physical Attraction, he proposes that the influential characters who you’re exposed to as a child foreshadow the types of people you’ll fall for as an adult.

These influential characters can be both positive and negative.

So, for example, when you were a child, if you observed attractive behavior in a person of a certain ethnicity, you might be more inclined to develop an exclusive attraction to people within that ethnic group.

On the flip side, psychotherapist Lynn Lanni found that if your parents had negative qualities, like a bad temper or a controlling nature, these qualities become familiar to you. And they give you a sense of recognition and self-identity.

Unfortunately, you unknowingly look for these negative traits in potential mates because they give you a sense of self and make you feel at home.

But here’s an interesting twist to what we just read.

Instead of having a type that has the same negative qualities as your parents, you can also be attracted to people who you perceive as better than yourself – people who make up for what you lack. Robert Taibbi L.C.S.W says that “we’re attracted to those who more fully represent the emerging elements of ourselves and our needs.”

So, you may unknowingly be attracted to someone who can fill in your blanks.

Revisionist History is a fancy way to say that once you start dating someone you like and want to spend more time with, your preferences change so that you’re more compatible and match up better. This study claims that instead of having one type and one type only, you actually modify your type based on who you’re dating.

Think about it, how many times have you suddenly become interested in vegan foods, or a new pastime, all because your new partner was into these things, too?

You see, when you’re single, you daydream about your ideal mate. But you might just be in love with your idea of a potential partner. When you actually start dating real, live people, they’re not going to be exact replicas of your imagination.

There’s the old saying that opposites attract, but Andrew T. Fiore and Judith S. Donath, from MIT Media Laboratory, have found that you usually like someone who is very similar to yourself. That goes for everything from race, smoking and drinking habits, religion, and outward appearance.

Why is that? It all goes back to when we were newly born. He says that “when we’re infants, our parents are the first humans we trust. So, we unconsciously take people with the same facial features to be more trustworthy — and mate-worthy — than others.”

The Chemistry Between Us: Love, Sex, and the Science of Attraction
$9.99

Now, maybe we’re attracted to people who look similar to us. But does that mean your type has to share your personality?

Up until now, you might believe that your ideal type is all up to you – someone you design and dream up. But anthropologist, Helen Fisher has news for you.

She says that thanks to specific body chemistry types, there are four different personalities. Each person has these four hormones in his or her system: dopamine, serotonin, testosterone, and estrogen.

But some people have a dominant hormone, and that determines their personality type. For example:

In this case, your type is based on personality, not appearance and it’s not impossible for two explorers to be attracted to each other.

However, it’s more common for opposites to attract in this case. Therefore, the calm director might create the perfect equilibrium with the energetic, adventurous explorer.

Do you have one, non-negotiable type? As you can, your type is determined by different factors, many of which are out of your control. For example, how your parents look, and what your body chemistry is.

The next time you feel seriously attracted to your type, ask yourself what factors could be influencing your attraction.

Little Household Habits That Actually Cost You Tons of Money

You’ve either made a conscious decision to have a child. Or, you’ve just assumed that someday you’d have one. But before you have any...