On first glance, you think you are completely responsible with your finances. You work hard, don't spend overly much but yet you...
Read more
Bedroom

Some sex toys have made their way into the mainstream. Vibrators, for example, are so normal nowadays that most people have at...
Read more
Editors' Picks

The stay-at-home order has brought one interesting perk: the majority of states saw a significant decline in burglaries and in some regions,...
Read more
LifestyleHealth
Home Lifestyle Health Science Confirms: Even Moderate Alcohol Consumption Can Harm Your Health

Science Confirms: Even Moderate Alcohol Consumption Can Harm Your Health

During warm summer months, it’s important to stay hydrated. And for some people, plain water is a bit boring. So, we reach for carbonated...
Read more
Lifestyle

Now that the warm weather is finally here, there’s an increased focus on working out. It’s just so much easier to work out when...
Read more
Food & Cooking

Many health experts now agree that inflammation is at the root of many, if not all, diseases. We can reduce inflammation and...
Read more
Health

Forget about pears and apples - there's a more accurate way to figure out what is your body type. And even more importantly, this...
Read more
Lifestyle

We all know how important sleep is, and we dutifully hit the sack to make sure we get the recommended 7 – 8 hours...
Read more 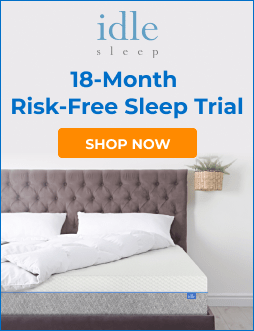 Are you used to grabbing a glass of red wine with your dinner? Or a glass of white wine when dining out with your friends? Well, you might want to opt for a non-alcoholic beverage next time since a new study links even moderate alcohol consumption with high blood pressure, thus increasing the risk of heart health issues.

Several previous studies have suggested that moderate drinking might even provide certain benefits and lower the risk of some heart problems, but what hasn’t been assessed so far is the connection between blood pressure and moderate drinking. The research which studied more than 17 0000 U.S. adults showed, however, that even drinking just 7 to 13 drinks per week raises the risk of hypertension significantly.

Hypertension, in turn, is the number one risk factor when it comes to heart attack and stroke.

This finding suggests that it’s doubtful whether moderate alcohol consumption really benefits the heart. Thus far hypertension was generally connected to heavy drinking, while a few glasses of wine were even suggested. The study’s lead author Amer Aladin, MD said: “It’s the first study showing that both heavy and moderate alcohol consumption can increase hypertension.”

The research compared three groups of participants: those who avoided alcohol completely, those who could be defined as moderate drinkers and those who drink more heavily (14+ drinks per week). The results were quite baffling: moderate drinkers were 53 percent more likely to develop stage 1 hypertension in comparison to those who didn’t consume alcohol at all.

The study’s results are more concerning considering the extent of the sample size. Not only were the effects of moderate alcohol consumption observed on many people, the study was diverse when it comes to race and gender, meaning that the issue can be even more extensive as hypertension cannot be written off to a particular gender or race – it might be a universal issue that is strongly related to alcohol consumption.

What amount of alcohol is safe to consume? None, says research

This study might be the first to explore the link between alcohol consumption and heart’s health, but it’s not the first that explores the overall negative effects of alcohol.

Extensive 2018 study which was published in The Lancet suggests that there is no safe level of alcohol consumption, despite what previous studies have found in terms of alcohol’s beneficial effects.

The report’s lead author Dr. Max Griswold said: “Previous studies have found a protective effect of alcohol on some conditions, but we found that the combined health risks associated with alcohol increase with any amount of alcohol.”

The study’s statement is even more alarming as one of the explored key points was the spread of alcohol consumption. They found that alcohol is consumed by 2.4 billion people worldwide and alcohol can be associated with 2.8 million deaths worldwide each year.

According to the research, alcohol consumption was the 7th leading risk factor for premature death in 2016. What’s more, it was found that among people aged 50 or older, cancer was the main cause related to alcohol consumption, accounting for as many as about 27 percent of deaths in women.

Interestingly, the study found that the only possible protective effect that alcohol consumption could bring is the reduced risk of ischemic heart disease, but the new study that explored alcohol’s connection to hypertension proves the opposite, meaning that alcohol consumption comes with literally no health benefits – not even when it comes to red wine and your heart.

Even moderate drinking is linked to seven types of cancer

Another study brought out an especially grim outlook to drinking alcoholic beverages: alcohol was strongly linked to seven types of cancer and possibly even others.

The grim seven included head, neck, esophageal, liver, colorectal and female breast cancer. What’s worse, the type and amount of alcohol don’t appear to matter at all. This means that even the much-praised wine or loved beer might be potentially cancer-inducing. Higher consumption, of course, increases the risk further.

The good news? The issue might be resolved altogether when you stop drinking alcohol.

These findings are not the first nor the last to support something we all know: alcohol is not good for us and there’s no other way to spin that. Alcohol-related health issues are prominent problems worldwide, starting from self-harm and ending with cancer. While alcohol has previously been praised here and there for its possible heart health benefits, the new findings prove that even your heart gets damaged – and possibly each time you decide to raise a glass of wine or drink alcoholic cider.

Limiting the consumption is the road to take – and with the end goal of cutting out alcohol from your life completely.

On first glance, you think you are completely responsible with your finances. You work hard, don't spend overly much but yet you...
Read more
Bedroom

Some sex toys have made their way into the mainstream. Vibrators, for example, are so normal nowadays that most people have at...
Read more
Editors' Picks

The stay-at-home order has brought one interesting perk: the majority of states saw a significant decline in burglaries and in some regions,...
Read more
Relationships

For decades, many people have adamantly believed that the next natural step in their adulthood is to find a partner and get...
Read more
Healthy Eating

We are what we eat but what if what we eat is dependant on how it looks like? In...
Read more
Healthy Eating

If there's one golden rule of healthy eating that most of us tend to ignore, it's the habit of eating fruits and vegetables. However, lack...
Read more Herbal Medicines Are Not Sufficient for Weight Loss, According to New Research

As if shivering all winter and enduring cracked knuckles and runny noses weren’t bad enough, the cold brings one extra special gift with it...
Read more
Health

Aging is beautiful, but it isn’t always glamorous. Most people begin to feel pain as they age, especially in areas like their knees, backs,...
Read more