6 Tips to Help You Save Money on Your Monthly Bills

Lifestyle
HomeLifestyleIs Feminism Overrated? It Probably is and Here's Why

Exercising Outdoors in Spring: What Should You Pay Attention To

Big Thighs = Stronger Health? Here’s Why You Might Not Need to Lose Thigh Fat

Feminism is a large movement, drawing all types of women to its helm. But there are lots of women who don’t want to label themselves as a feminist. This could be because feminism isn’t always clearly defined.

To some, it means equality in the workplace. For certain women, it means freedom when it comes to reproductive choices. Or, feminism is a strong position against men and all of the advantages that they’ve had over women.

But has feminism gone too far? Instead of obtaining gender equality, are we just exchanging one dominating gender for another?

In a project by YouTube channel Cut.com, 46 women, between the ages of 5 and 50, were asked to give a one-word description of feminism. Some responses included, “purposeless”, “misguided”, “overrated”, “pretty awesome”, and “necessary”, just to name a few.

Why would some women (and men!) be deterred by feminism?

After all, oppressing women isn’t a good thing, and something we should all be fighting against. Well, one of Britain’s leading feminists, Jude Kelly, says that “feminism, like Suffragettes, is a word that is associated with struggle, and therefore it is associated with conflict.”

And this conflict doesn’t just refer to obstacles women have overcome, like pay inequality, job opportunities, and voting rights.

The conflict exists today when women pit themselves against men, and speak disparagingly about them and insult them, all in the name of feminism.

That’s why some women don’t want to refer to themselves as feminists – they don’t consider themselves men-haters. And it’s unfortunate that a movement aimed towards equality has led some women to trade places with their offenders. 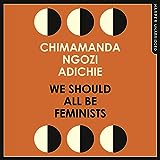 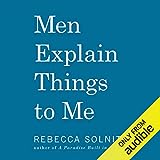 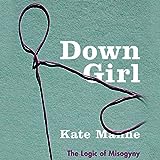 Does Feminism Put Men at a Disadvantage?

At first glance, that question might look silly. How can men be at a disadvantage? They usually make more than women in the same careers. There are more men holding seats in the Senate and House. When it comes to CEO’s, men outrank women, too.

But these are the popular places we look to when it comes to feminism.

Unfortunately, men are treated unequally in certain situations, and society tends to overlook them. Here are some examples.

Since an abused man can be perceived as weak and unmanly, they are often not given the same compassion and justice as an abused woman. And since there has been so much violence against women in the past, women can use this as justification to be abusive towards men.

Perhaps it’s true that female perpetrators are not as common as men, but justifying any abuse may not be in feminism’s favor. And in some cases, where an abused man or woman requires help, it is the woman who receives aid.

The socio-economic conditions of each divorced couple are obviously going to be different.

But in today’s society, more and more women – thanks to the feminist movement – earn better, self-sustaining incomes. It may be worth asking if alimony is a fair arrangement, or simply a form of special treatment in a feministic society.

It is important that women have the opportunity to raise their own children, and perhaps because the traditional role of women is to be mothers, women often get full custody of their children.

But it is a striking statistic that only 10% of divorce cases end with allowing the father to hold custody of his children. Each individual court ruling does depend on various factors, but should more men be given the opportunity to play a bigger role in their children’s life?

From these issues, it would seem that women, via the feminist movement, want to be seen and treated as equals, but sometimes that puts men at a disadvantage.

And if men try to speak out against this, they can appear whiny or effeminate.

What’s worse, the male gender’s misogynistic behaviors are usually used against them in order to deny them equal treatment.

Is Being a Man a Disadvantage?

In a recent study, it was found that twice as many women as men were hired in STEM fields (science, technology, engineering, and mathematics).

This is only problematic when corporations and educational institutions hire more women only to appear non-discriminating. Unfortunately, this is often a sure way to discriminate against qualified men, simply because they are men.

More women are attending university than in previous years, and are even outnumbering their male classmates. This can be due to the fact that female students perform better in early education. But why is that?

This study revealed that girls might not actually be performing better than their male counterparts. Instead, teachers assign higher grades to their female students, which leads to this grade gap.

This might not be the fault of the feminist movement, but it certainly doesn’t lead to gender equality. And it will only further women’s power over men in the coming years.

In the US alone, men are committing suicide 3.5 times more than women. In an equal world, it’s important to know why.

Are men not receiving adequate medical and psychological support?

Are they ashamed of having depression or other mental disorders?

Do they feel misunderstood or powerless?

If men are expected to be providers, breadwinners, and protectors, do we shame them when they fail to meet these gender-based, societal expectations?

The answers to these questions may shed some light on this stark statistic. It’s important, that even while fighting for women equality, we not forget the value of men.

Are We Teaching Masculine Shame?

At a very young age, boys are now being taught the dangers of misogyny, abusive behavior, and sex crimes. No one can argue the importance of raising respectful and decent men.

But this education is conducted within a feminist ideology, and it can be harmful to replace relationship-building skills with shame complexes.

Feminism started out as a woman’s movement to help empower women. And this movement has made amazing strides in a short amount of time. Now that women are gaining ground and becoming more assured of their rightful place in society, it’s important that men and women work together to respect and support each other.

Creating an equal world for one gender doesn’t do us any good if we end up creating another set of inequalities.

6 Durable and Resistant Fashion Items for Your Next Outdoor Adventure