Are you itching to book a special getaway and explore someplace new? If Arabia is on your travel bucket list, you owe yourself a big high five. It’s a beautiful country full of amazing wonders – the types of places you have to see to believe.

And if you’re smart about planning your trip, you get to see all of these wonderful places with your own eyes.

Arabia is a rich and ancient place, however, there’s one hitch. Due to the oil industry, it’s an area of the world where you can find skyscrapers and impressive city centers.

Now, there’s nothing wrong with wanting to see the tallest building in the world, like the Kingdom Tower in Saudi Arabia. It reaches 3,280 feet!

You might also love a good serious shopping spree at one of the many shopping centers, like the Rashed mall in Medina, or the Othaim mall in Dammam. But if you’re going to travel all that way, you don’t want to miss what only Arabia has to offer.

From the deserts to beautiful landscapes, to exotic animals and mouthwatering food, Arabia is a world unto itself. And these 13 wonders are things you don’t want to miss out on.

The ancient Nabatean people carved these archeological gems in enormous borders back in the first century A.D. Many of the bold structures were carved to serve as burial sites.

Some of them are unfinished, like the famous “Lonely Castle”. Nonetheless, it takes your breath away, standing boldly against the blue sky of the desert.

Thanks to globalization, it’s very easy to eat Western food whatever `you go. But whatever you do, avoid the fast food chains and seek out traditional cuisines.

Kabsa is a delicious dish made of rice, meat and vegetables, and of course, a dizzying blend of aromatic spices, like cardamom, cinnamon, nutmeg, bay leaves, cloves and black pepper.

When you think of Saudi Arabia, you may picture dry desserts, but this peninsula also boasts the sandy paradise of the Farasan Islands. There, you can find private, luxury beaches.

But you can also go diving or catch a glimpse of the Gazelle who call the Farasan Islands their home.

You might not see a Sand Cat while traveling through Arabia’s western deserts, but we hope you catch a glimpse of this adorable feline. This special cat is thought to be the only cat species that can survive in a dessert.

In Jeddah, Saudi Arabia, there is a very old cemetery. Now, that comes as no surprise. After all, this area of the world is as old as time itself. But this wonder might drive home just how old this land is.

You probably know about the Biblical figures, Adam and Eve. According to Christian and Muslim tradition, Adam and Eve were the first parents of all people. In Jeddah, there is a tomb with a sign that reads, “Our Mother Eve,” and it’s believed to be the tomb of Eve.

You may be familiar with shawarma since it’s a favorite dish across the Middle East. And even if you’ve had shawarma at a local ethnic restaurant, you’ll want to try it in Saudi Arabia. After all, “When in Rome…”

Shawarma is a special way of slow roasting meat while it rotates on a spit. The end result is a succulent meat dish, usually served with flatbread and simple spreads and dips like hummus.

Sometimes called the Desert Lynx, this striking cat looks like your average cat with the exception of long slender ears that stand out, even more, thanks to black tufts. It almost reminds you of an impala’s antlers.

When in Saudi Arabia, you must see the Rub’ al Khali. It’s the world’s largest sand desert, taking up 250,000 square meters along the southern area of the peninsula.

This place might be of interest to the gasoline empire since it’s a rich oil site, but apart from its monetary value, it’s also incredibly valuable due to its sheer beauty.

At the Empty Quarter, Mother Nature does not disappoint. It’s a sublime experience, where you can truly be amazed and inspired.

If you’re not used to hot temperatures, the heat of Saudi Arabia can take a toll on you. But they have a tasty solution. Laban is a drink made with yogurt, giving you a cooling and refreshing beverage that’s also loaded with healthy bacteria and probiotics.

If you like kefir, chances are, Laban will hit the spot.

The Edge of the World

While we all still believe the world is round, you might question that belief when you arrive at the Edge of the World in Saudi Arabia.

Here, magnificent cliffs give way to a stunning panoramic – as far as the eye can see. It certainly is an adventurous touristic spot and not for the faint of heart. But climbing along the Edge of the World is definitely an experience that will be hard to forget.

It’s not unusual to spot these primates near the Taif and Abha cities. And while they still venture near modern cities, these baboons have been in Arabia for thousands of years. In fact, the ancient Egyptian peoples considered them to be a sacred animal.

If you want to eat like a local, you’ll want to try a heavy breakfast called Arekah. It’s a sweet, healthy and nutritious dish that will give you lots of fuel for your busy day ahead.

Last but certainly not least, while you can easily visit modern shopping centers, you don’t want to miss the street markets of Saudi Arabia – the true bazaars. Here, you can watch locals interact, heckle and bargain with one another. Who knows, you might learn a couple tricks yourself. The Gabel Street Souq in Jeddah or the Old Bazaar in Medina can be a fun experience for first-timers.

Many people may only value Saudi Arabia for its fiscal value, thanks to the gasoline empire. But this ancient land is a special place if you look a little closer. 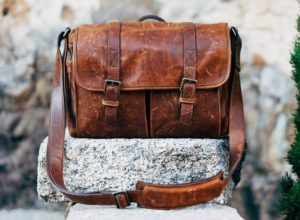 Is Your Best Friend a Real-Life Mean Girl?

Sushi for Beginners: All You Need to Know About Sushi

9 Qualities That Make Relationships Last for a Lifetime

6 Tips for Helping Your Leaky Bladder

Getting Your Body Back on its Feet