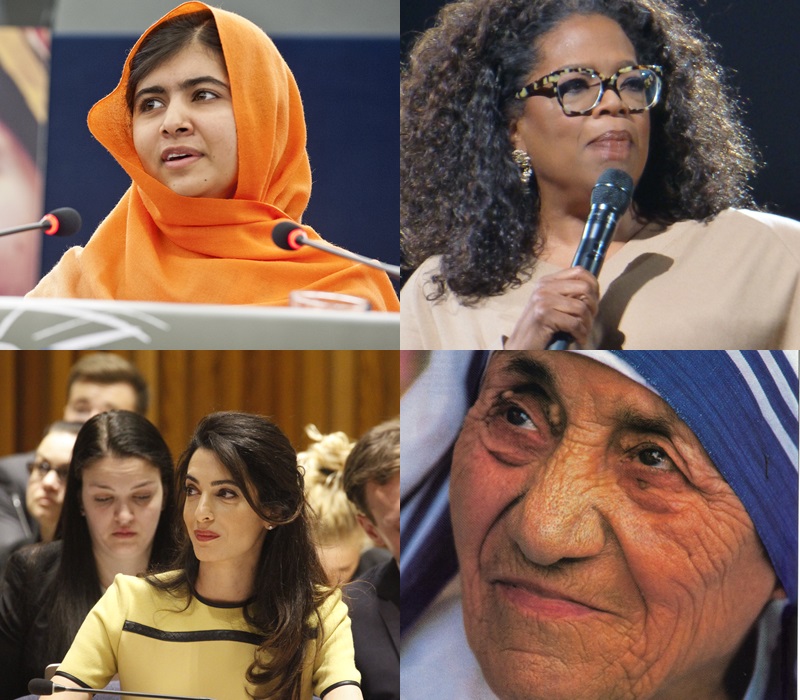 Every March, people all over the world celebrate the important women in their life with International Women’s Day. And while you look around at your female friends and family, it’s also empowering to look back on some of the women who’ve changed history.

So, to give you some female inspiration, here’s a brief introduction to 17 influential and successful women.

Bertha was the wife of the talented German engineer, Karl Benz. After many attempts and setbacks, he succeeded in making the first-ever automobile. However, he wasn’t very good at marketing.

So, to help save his new invention, wife Bertha Benz took the car on a publicity tour. In fact, she was the first person ever to take a long-distance trip by automobile – surprising everyone, including her husband. Isn’t it cool to think that the now-famous Mercedes Benz had a woman driver first?

Known for her charisma and magnetism, Sojourner truth was a slave in New York State, who went on to become a leader in women’s rights and the abolitionist movements. Though she was uneducated, her powerful voice delivered strong messages that still resonate today.

She is famous for her 1851 speech, “Ain’t I a Woman”, which is still performed by today’s leading actresses.

With a 63 year-reign, Queen Victoria was one of the longest ruling monarchs in British history, and this era became known as the Victorian Era. Both she and her husband, Prince Albert, redefined the monarchy and also patronized charities and educational institutions.

She also wrote faithfully in her journals, which continue to reveal her personal journey as a monarch.

Referred to as the “original suffragette” and a “modern heroine”, Mary Wollstonecraft was a British journalist who pushed for women’s rights during the 18th century.

MORE FROM ZERXZA:  Want to Become Wealthy in 2020? Develop These Six Mindsets

Coco Chanel is now known for her luxury fashion brand, but Coco’s life began in utter poverty. This rags-to-riches woman was raised in an orphanage after her mother died, where she learned invaluable skills like sewing and ironing.

She went on to create a successful and highly influential fashion brand, encouraging a more boyish style, introducing the LBD (little black dress), and ultimately changing the face of women’s fashion. And as of 2017, Forbes listed Chanel’s brand value at a whopping $7.3 billion.

Despite suffering abuse, rape and sexual harassment as a child and young adult, Oprah has gone on to become the “richest African-American and North America’s first multi-billionaire black person.”

She’s broken taboos and revolutionized talk shows. And her ability to overcome adversity, along with her own media network, OWN, inspires countless others to do the same.

Some amazing books by Oprah:

Amal Clooney was a well-respected, but relatively unknown lawyer until she married Hollywood’s favorite bachelor, George Clooney. Now, with her celebrity status, many more people are getting to know Amal, as well as her amazing work in human rights activism. One of her notable cases was defending the over 6,000 Yazidi women who suffered human-rights violations.

And most recently, Clooney is involved with the human rights crisis occurring in the Maldives.

Marie Curie made outstanding contributions to the fields of physics and chemistry. Not only was Curie the first woman to receive the Nobel Prize for Physics in 1903, but she also went on to win a second Nobel Prize, eight years later – this time for her discoveries in chemistry.

MORE FROM ZERXZA:  What Living in the Mediterranean Region Teaches Us About Life

Thanks to her pioneering research, other scientists were able to develop greater radioactive technology, including x-ray equipment.

Rachel Carson may not be as famous as Marie Curie. However, this marine biologist had a big influence in our world, too. In her groundbreaking book, Silent Spring, Carson demonstrated how pesticides were negatively impacting the environment.

Thanks to her work, the Environmental Protection Agency was founded in the US to help protect and preserve nature. Her work also helped to spur a growing awareness for a global environmental movement, too.

Known and beloved by Catholics and non-Catholics alike, Mother Teresa is the founder of the Order of the Missionaries of Charity. She began this missionary work at the age of 36 and worked tirelessly until her death at the age of 87. She helped “the poorest of the poor”, including the blind and disabled, and even people with leprosy.

She was given a Nobel Peace Prize in 1979 for her humanitarian work, and in 2016, she became a canonized saint in the Roman Catholic Church.

While Mother Teresa is famous for helping the poor, she always believed that love was the most important thing to give – even more than food, drink and shelter. In fact, Mother Teresa once said, “Not all of us can do great things. But we can do small things with great love.”

Already at the age of 15, Malala was known for her activism against Taliban occupation in Pakistan. In retaliation, she was shot in a murder attempt. However, this strong woman survived and has continued to fight for children and their right to education.

Her work has garnered her a Nobel Peace Prize, and in 2015, Time magazine listed Malala as one of the most influential people in the world.

Although Emily’s earliest education had a strong focus on the sciences, she emerged as one of “the greatest and most original poets of all time.” Her poetry was unconventional and she experimented with expression. This reclusive artist wrote close to 1,8000 poems, but less than 12 were published while she was alive.

However, when her poems were published following her death, they were recognized for their genius, and they’ve remained in print ever since 1890.

Even if you’re not a poetry buff, you might enjoy exploring some of Dickinson’s best-known poems to see how this 19th century woman forever changed this art form.

Did any of these women resonate with you?

Healthy Eating Series: How to Stay Healthy on the Paleo Diet

Are You Growing an Anarchist without Even Realizing It?

Reasons To Love Your Breast Size, No Matter What It Is