Food poisoning is no fun, but it happens pretty often. According to the Centers for Disease Control and Prevention (CDC), an estimated 48 million people get sick every year thanks to foodborne illness. Of these millions of people, 128,000 are hospitalized, and approximately 3,000 individuals die from food poisoning.

Food poisoning can occur in all types of food, from meat to poultry, fruits, vegetables and yes, even fish. But fish food poisoning can be particularly dangerous. So, it’s important to approach this food group with a fair degree of caution.

Fish can be a wonderful part of a balanced, healthy diet. After all, fish is an important part of the Mediterranean Diet, which is considered to be a very healthy lifestyle for Europeans and Americans alike.

However, fish are exposed to many unhealthy substances, and they can be very harmful to humans. Mercury, poor storage methods and bacteria in the water are just some of the ways fish can be unclean and contribute to food poisoning.

Let’s take a look at some of the most common types of fish food poisoning and the symptoms that come with them. 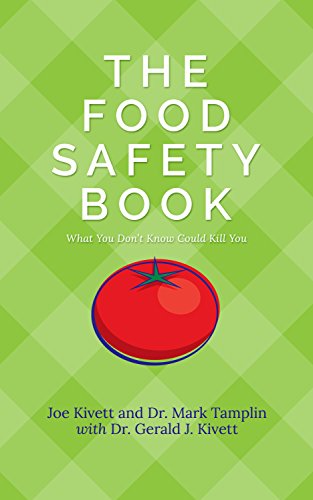 The Food Safety Book: What You Don't Know Could Kill You
$9.99 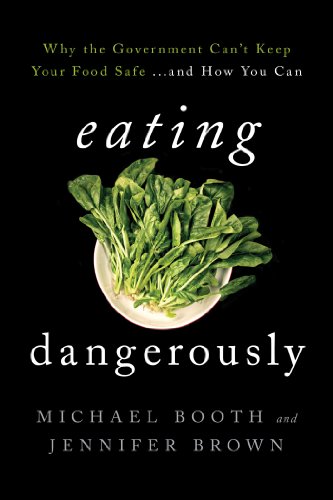 Eating Dangerously: Why the Government Can't Keep Your Food Safe ... and How You Can
$15.99 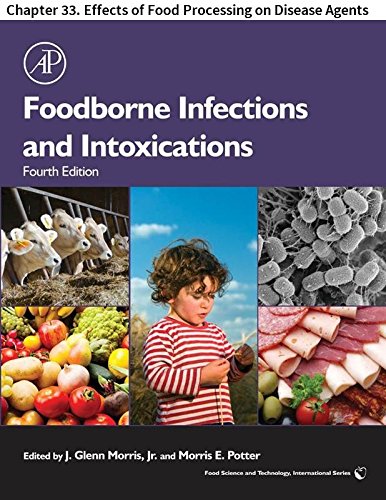 Shellfish are delicious, but they can be quite dangerous, too. And for that reason, the Queen of England and the British royal family avoid shellfish completely.

Crabs, lobster, prawns, and shrimp are only some of the shellfish to watch out for. But what makes shellfish a cause of concern?

Shellfish can eat organisms that have the potential to produce toxins. This is particularly the case when there are algal blooms, which are also known as “red tides.”

If an individual eats a toxic shellfish, the symptoms can show up within minutes, a couple hours, or even days. But they can be serious and even fatal, so it’s very important to pay attention to any symptoms that follow a meal containing shellfish.

For example, paralytic shellfish poisoning usually shows up within a day or two. And it usually starts with tingling in the fingers, toes, face, and mouth.

However, it can progressively get worse and prevent individuals from breathing, talking swallowing and walking. So, if there’s any tingling, seek medical care immediately.

Another type of shellfish poisoning is called neurotoxic poisoning and the symptoms can start anywhere from one to 24 hours after eating the fish. The symptoms can include any of the following:

Like other instances of food poisoning, some of these symptoms are the body’s own way of detoxing itself and getting rid of the toxins. However, it’s always best to seek medical attention, especially if these symptoms come after eating shellfish.

It’s possible to get ciguatera fish food poisoning when eating fish from the warm ocean waters, such as grouper, barracuda, snapper, mackerel, and triggerfish.

This is especially true if the fish are old and large. That’s because they’ve had a longer time to eat smaller fish, who in turn, have eaten their fill of a toxin called ciguatera. Ciguatera is found in the algae of warm ocean water reefs.

Therefore, there’s really no way to know if the fish is contaminated or not. But it shares the same symptoms as neurotoxic shellfish poisoning:

Even though there’s no way to detect ciguatera, one recommendation is to avoid eating large varieties of the fish associated with this type of poisoning.

Another tip is to avoid certain parts of the fish, where larger concentrations of the toxic are typically found.

So, if you’re eating warm water ocean fish – especially big ones – steer clear of the liver, the eggs, its internal organs and yes, even the head.

Scombroid poisoning isn’t caused by an organism or bacteria in the water itself. Instead, this poisoning is caused by improper storage methods once the fish is caught.

To be specific, if the following fish are not refrigerated at the appropriate temperature, they can become spoiled:

When these fish aren’t kept cold enough, bacteria starts to work on the fish, releasing something called histamines. And if an individual gets scombroid fish food poisoning, these are the common symptoms that show up:

Most of the time, scombroid poisoning resolves on its own – usually with 12 hours. However, if the individual experiences tingling, difficulty breathing, swelling and burred vision, seek medical care immediately.

The Food Safety Book: What You Don't Know Could Kill You
$9.99

Eating Dangerously: Why the Government Can't Keep Your Food Safe ... and How You Can
$15.99

This type of food poisoning is less common, mostly because it’s not every day that you eat the types of fish associated with this food poisoning.

Escolar (also known as oilfish or butterfish) is a type of snake mackerel, which are thought to be an incredibly yummy fish. And one reason for this is due to their wax ester content. While this oil content might make them buttery and delicious, it also makes them very hard for the body to digest.

After eating this fish, it’s not uncommon for oily, explosive and orange-colored diarrhea to follow. But that’s not all. Other symptoms include a headache, abdominal cramps, nausea and even vomiting.

So, before you eat these fish varieties, just be prepared for an unpleasant trip to the bathroom. Compared to the other forms of fish food poisoning, this one is relatively mild, but it’s still pretty uncomfortable.

Fish food poisoning can occur for several different reasons. And while some of these symptoms are mild and resolve on their own, some can be quite dangerous, as we saw in the case of shellfish poisoning.

But that doesn’t mean you need to avoid fish completely. You just want to be aware of what you’re eating and to pay attention to any unusual symptoms that occur after eating fish.

4 Hygiene Tips for Your Feet

Are Your Children Having Relationship Issues Because of Unresolved Issues with You?

Exercising Outdoors in Spring: What Should You Pay Attention To

Pretty soon, it’s going to be warm enough to take your fitness routine outdoors. Imagine that! But before you run outside, there are a...