Common Stainless Steel Cookware Problems and How to Overcome Them

When we talk about addictions, we immediately think of alcohol and drugs. But did you know that you can be addicted to foods, too? It might surprise you that one of the most common foods we eat is actually a pretty addictive substance. And it’s none other than gluten.

You might be thinking to yourself, “No way! Gluten?” How can a substance that’s so ubiquitous and widely accepted, also be addictive? Research from the 1980s confirms gluten’s addictive nature. 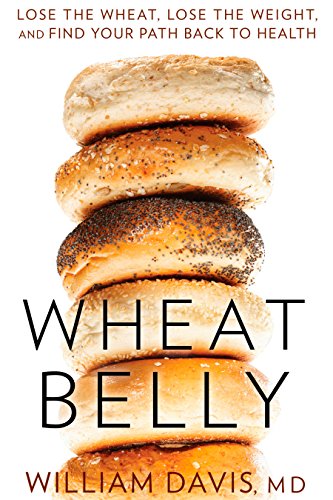 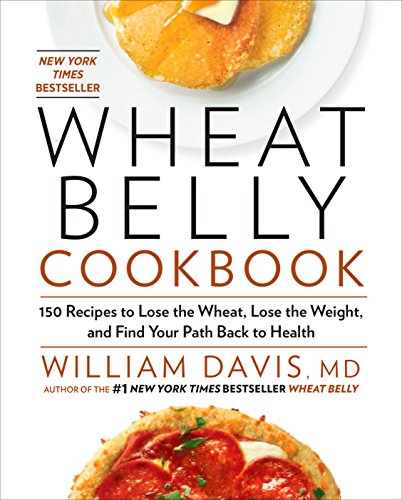 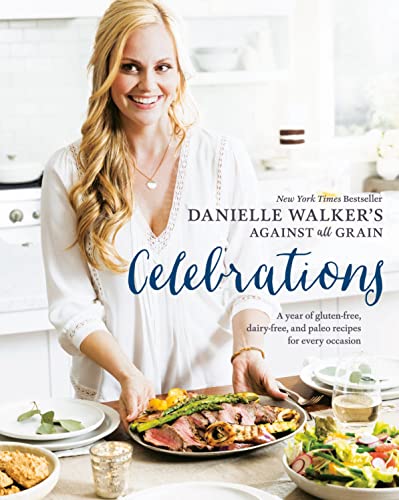 Danielle Walker's Against All Grain Celebrations: A Year of Gluten-Free, Dairy-Free, and Paleo Recipes for Every Occasion [A Cookbook]
−$16.01 $18.99

Gluten is an addictive compound

Back in 1984, research found that wheat gluten created high opioid-like activity in the brain. Let’s break this down so we’re all on the same page. Opioids are a popular topic these days, but what are they exactly?

Opioids are things that activate opiate receptors. These, in turn, create an effect that’s similar to morphine. And scientists have found that there are specific peptides from wheat gluten called gliadorphins (or gluteomorphins) that act on the brain in a similar way to opioids.

Wheat is addictive in the sense that there is a distinct withdrawal syndrome characterized by overwhelming fatigue, mental “fog,” inability to exercise, even depression that lasts several days, occasionally several weeks.

Dr. William Davis, author of the New York Times Bestseller, Wheat Belly expounds on this, saying “Wheat is addictive in the sense that there is a distinct withdrawal syndrome characterized by overwhelming fatigue, mental “fog,” inability to exercise, even depression that lasts several days, occasionally several weeks.”

Do you ever find it difficult to restrict yourself when it comes to gluten-based products, like bread, pasta, cereals, etc.? That might be because your brain is hooked on gluten.

Who is most at risk for a gluten addiction?

In a great twist of dietary irony, the foods you crave the most may also be the same foods that are harmful to you. This can sometimes be the case for people who suffer from celiac disease, gluten sensitivity, leaky gut, autism and other mental health problems.

Gluten is a problem food for their bodies. Nonetheless, it’s a food they seriously crave.

Sheridan Williamson, a Holistic Nutritionist, and certified Gut and Psychology Syndrome (GAPS) practitioner specializes in helping people with autoimmune and inflammatory conditions, along with anxiety and depression.

In helping her clients, she’s “seen firsthand that people with autism or other mental disorders have intense cravings for foods like white bread, white pasta, and other wheat-based products. These individuals tend to throw tantrums when they are not given these foods, just like a drug addict would if they weren’t given their ‘fix.’”

My gluten addiction led me to experience withdrawals. I had massive brain fog. I couldn’t think straight. I couldn’t remember things. I was in a constant daze for several months after my diagnosis.

This was certainly the case for Jenny Finke, who was diagnosed with celiac disease back in 2012. It was clear that in order for her to be healthy, she had to go gluten-free.

Should you go gluten-free?

There are some who argue that you don’t need to go gluten-free unless you have an allergy or sensitivity to this protein. However, there are benefits to following a gluten-free diet, even if you’re healthy.

The first and most obvious benefit of going gluten-free is that you will be avoiding an addictive food. By doing so, you can be freer to choose lots of healthy foods instead.

Research has found that gluten can be quite bad for the brain, especially for people with neurological illnesses. To be precise, individuals who have schizophrenia, autism and epilepsy all benefit from a gluten-free diet.

If you struggle with mental health problems, consider going gluten-free to see if that helps to lift symptoms and bring relief.

Do you ever experience bloating, gas and diarrhea after eating gluten? These are pretty common signs of a gluten sensitivity.

And while these symptoms might not seem serious enough to cut out gluten, these symptoms indicate that gluten irritates the digestive system. Over the long term, this can be pretty damaging.

How to be healthy without consuming any gluten

If you’ve made the decision to go gluten-free, you might be wondering if you can be healthy and maintain a balanced diet without this widely-used food. The answer is, Yes.

Be wary of gluten-free alternative products

While there are lots of gluten-free products on the market, they might not be that much better for you, even if there’s zero gluten in them. That’s because they’re often loaded with additives and preservatives that can irritate the gut, too, like guar gum and locust bean gum.

What’s more, many of these gluten-free products are high in empty carbohydrates, sugar and not much else. So, while it might seem like you’re eating healthy because you’re eating gluten-free, that might not always be the case.

Foods to avoid on a gluten-free diet

While that might look like a long list of forbidden foods, the good thing is, there are many delicious and nutritious foods you can have on a gluten-free diet.

Danielle Walker's Against All Grain Celebrations: A Year of Gluten-Free, Dairy-Free, and Paleo Recipes for Every Occasion [A Cookbook]
−$16.01 $18.99

Best foods for a gluten-free diet:

As you can see, it’s entirely possible to eat a varied and balanced diet without any gluten on your plate. Will it be easy to cut gluten out? It all depends on the individual. For some, it will be a big challenge. For others, it might not be so difficult.

Either way, you may find that your gluten-free life feels lighter and freer. That’s because you won’t be consuming an addictive food anymore. What’s more, not having gluten means you get to explore a greater variety of foods.

How Africa Has Influenced Modern Fashion

5 Activities That Strengthen Your Entire Body

Winter can be a hard season to deal with. There’s colder weather, lots of snow (depending on where you live) and shorter, darker days....