This slogan doesn’t just apply to Pringle’s Chips. It pretty much sums up most people’s relationship with junk food in general.

The same goes for Lay’s, with their challenging jingle: “No one can eat just one.”

And why would you stop, when Coca Cola promises happiness with their beverages?

Slogans like these aren’t just catchy marketing campaigns that convince consumers to buy their product. These taglines actually indicate a much more insidious campaign that junk food manufacturers engage in.

Your Junk Food Addiction is Not An Accident

Now, most people would admit that junk food is, well, junk. Even people who eat junk food aren’t fooled. They know it’s not healthy.

And we all know that this “food” is loaded with sodium, sugar, additives, and preservatives. Too much sodium leads to heart and blood pressure problems.

Weight issues, inflammation, and behavioral issues. Preservatives and additives come with their own set of potential risks. But these aren’t the only reasons why junk food is unhealthy.

Manufacturers continue to use highly advanced technology and testing to make sure that you reach for their yummy concoctions again and again. 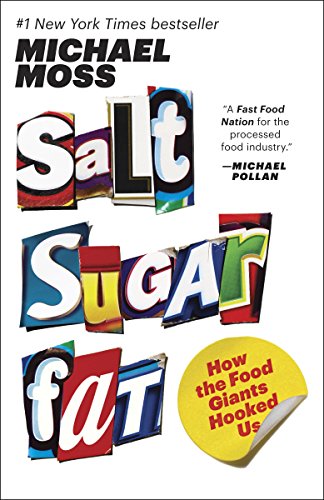 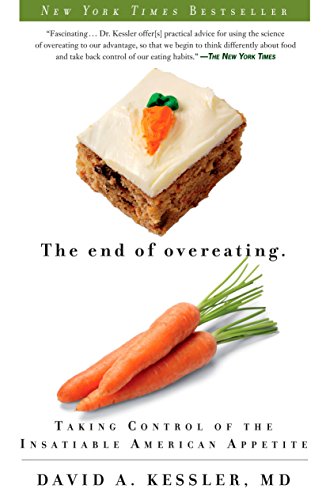 The End of Overeating: Taking Control of the Insatiable American Appetite
−$2.52 $14.47 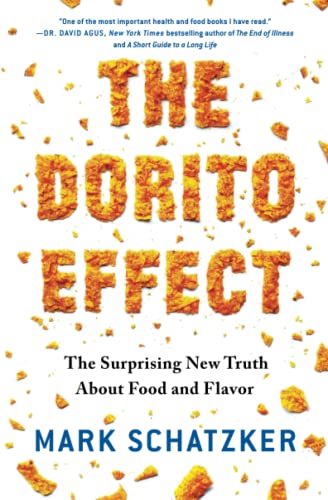 The Dorito Effect: The Surprising New Truth About Food and Flavor
$17.00

Junk Food Messes with Your Brain

Dopamine is a neurotransmitter and chemical that controls pleasure in the brain. And your brain is hardwired to look for things that release this chemical – anything from food to sex, to personal interaction. It’s all part of the brain’s reward system.

When we do the right thing, our brain releases dopamine, and we feel good.

Long before people could eat junk food, homemade meals and natural foods prompted the brain to release some dopamine. But now, those whole and healthy foods face some tough competition.

Well, junk food dumps way more dopamine into the brain than the alternatives ever did.

That’s why junk food is so addictive.

It sends more dopamine into the brain and we naturally feel more pleasure. Then, we want to keep feeling that way. So, we tend to eat more and more junk food to keep experiencing a pleasure. If we don’t get enough dopamine release, we start to feel withdrawal.

When you crave junk food, it’s probably not because you’re physically hungry. Instead, it’s because your brain is hungry for a dopamine release.

Why You’re Addicted to Junk Food

In his book Salt Sugar Fat: How the Food Giants Hooked Us, author Michael Moss explains that food manufacturers create, “complex formulas that pique the taste buds enough to be alluring but don’t have a distinct, overriding single flavor that tells the brain to stop eating.”

It’s what he calls the “bliss point” – a very specific and highly engineered flavor profile that makes your brain want more. It’s the science behind your junk food addiction.

And the simple ingredient manufacturers use to create this point of no return?

And children are especially vulnerable to develop an addiction to sugary junk foods because their brains haven’t yet developed impulse control. This is evident in the fact that 1 in 5 adolescents between the age of 6 and 19 are obese in the US.

But adults are incredibly susceptible, too. In fact, for some people, sugar can be as addictive as cocaine.

Normally, if you eat a variety of foods, your brain knows when you need to switch it up and bring balance into your diet.

For example, if you indulge in a big bowl of rich macaroni and cheese, you’ll naturally want something lighter, like a salad.

But when we consistently eat junk food, we lose our appetite for diverse tastes.

Junk Foods Are Too Easy to Eat

Another reason why it’s easy to become addicted to junk foods is that they’re just so easy to consume. This is due to something called vanishing caloric density.

What does that mean?

Imagine eating a bunch of cheese puffs or chips. They basically melt in your mouth, right?

Well, because junk food dissolves so easily, it tricks your brain into thinking that it doesn’t have any calories.

When you eat junk food, it doesn’t feel like you’re consuming much of anything because it doesn’t take much effort to consume it.

Compare that to eating a piece of meat, like chicken or steak. Proteins and other whole foods require us to chew and break down food. This keeps us from eating an entire chicken all at once.

But since junk food goes down so easily, you can eat too much of it without realizing it. And this gives your brain that glorious high from the dopamine it releases.

The End of Overeating: Taking Control of the Insatiable American Appetite
−$2.52 $14.47

The Dorito Effect: The Surprising New Truth About Food and Flavor
$17.00

Are You Eating These Scary Ingredients In Junk Food?

Sugar and sodium aren’t the only culprits making your brain junk food dependent. There are far worse additives hiding in your favorite products.

Here are just a few:

Maybe you blame yourself for being addicted to junk food. But junk food is actually engineered and crafted to be addictive. Junk food tricks your brain and disrupts its natural reward system.

By cutting back and replacing junk foods with healthier alternatives, you can free yourself of addictive and destructive eating patterns.

4 Things That Will Help You Have a Youthful Look

For busy couples, the weekend is your time to spend together. But the weekends are also the only time to get your shopping done,...