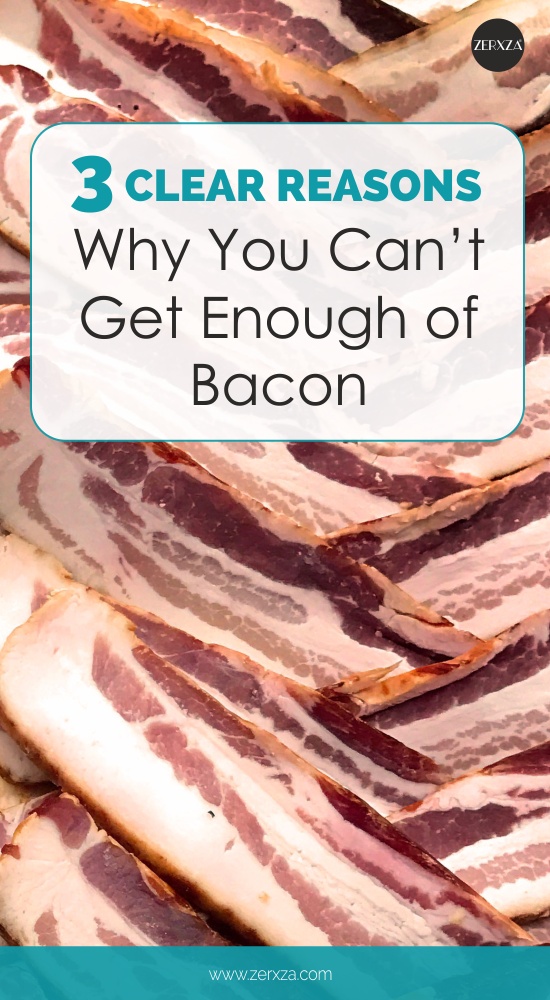 It is hard to find another food item that’s so deeply loved as bacon. Bacon mania has raved since the Atkins diet shunned away carbohydrates in the 1990s, so people started looking for high-protein foods.

Yes, controversially, one of Hollywood’s favorite weight-loss diets is partially responsible for the world’s love for bacon.

Before the reign of low-carb diets, every meat had to be lean, but with the popularity of diets like the Atkins one, food producers were liberated and they no longer had to worry about lean meats. The doors for bacon madness were opened.

Today, we can find virtually anything made with bacon. There’s bacon-flavored gum, bacon condoms, bacon sundaes, bacon-flavored vodka, bacon coffee, air freshener, water, soap… even lip balm. And of course, a BLT without bacon would be… well, just lettuce and tomato on a piece of bread. Even vegans have their own rendition of bacon (made of, for example, rice paper or tempeh).

Despite the warnings of various health issues we might bring upon ourselves by consuming bacon, the statistics don’t show bacon mania decreasing any time soon. According to the 2018 bacon industry report, sales were actually the highest in five years. Statista reports a similar outlook, predicting a steady growth in the ham and bacon industry for the next four years.

It’s clear that people in the US are crazy for bacon and if it would be possible, many people would love to live off only bacon and nothing else. But one question remains: why are we so obsessed with bacon, even when we know it’s unhealthy?

The science of bacon: it all boils down to an explosion of tastes

Bacon is the perfect example of addictive food: it has fats, salt, and sugars. Food addiction is a real issue, being compared to drug addiction as it triggers the same parts in our brain.

When we consume foods that are high in fats, salt or sugar, our brain releases dopamine, making us feel good. And of course, our brains want to feel good again and again, making you crave for similar foods, so dopamine would be released.

Bacon fits in that puzzle perfectly. Linda Papadopoulos, a sensory and consumer research expert, explained this phenomenon to CNN: “Bacon is just that perfect combo of the sweet, the salty, the smoky and the savory character. It’s just this perfect combination of ingredients that goes right to the brain, which says, ‘take another bite.”

When you cook bacon and the fats are melting on your pan, an interesting chemical reaction takes place, releasing over a hundred organic compounds that create a very enticing smell, adding to bacon’s appeal even more.

Due to these complex reactions and the way your brain interacts with bacon’s compounds, it will act sort of like ecstasy. As Susan Schwallie, a food and beverage consumption market researcher stated: “It is umami. It’s that salty, fatty, satisfying, comforting happy place.”

The caramelized sweet taste together with bacon’s high fat and salt content is to blame. It’s simply addictive for our brains.

After a tiring day, your body tends to crave for quick energy sources as a way to restore all of the lost “fuel”. Most people don’t really have the extra energy to start preparing extravagant dishes or even mess with cutting vegetables for a healthy salad. All you want is just some food.

In the midst of this hectic lifestyle, bacon has become the saving grace that always gives you a quick helping hand. Just take a slice, throw it on a pan and eat it on a sandwich, with eggs or with anything else. It’s quick and easy – the ideal food for today’s busy lifestyle.

As Brian Merkel, a butcher said: “I think the versatility of bacon is what makes it so great.” And many Americans would agree. It’s just so easy to incorporate bacon in your food, either between burger buns, on a salad for an extra “kick” or just on the side of eggs.

One of the reasons for bacon’s massive popularity over the recent decades is this revelation being explored by culinary experts as well who’ve started enjoying bacon’s simplicity and thus, bacon is used more and more even in restaurant dishes.

Rooted deep in our childhood

It’s not just our tastebuds that are tickled by bacon. Bacon has a strong place in our culture and often, that derives from our childhood. “The nostalgia for Mom sizzling up some bacon on Sunday morning is a collective American experience,” pointed out Chris Cosentino, the founder of Boccalone.

Our taste buds are actually quite strongly related to both our memories and feelings. There’s a tiny section in our nose, called olfactory bulb, which is connected to the two areas of our brains that handle our emotions and memories (namely, the amygdala and hippocampus), as Moodo explains.

The connection between scents, emotions, and memories is so powerful that shopping centers use that knowingly in an attempt to manipulate consumers into buying more or spending more time in the shopping center. And more surprisingly, the connection starts even before we’re born.

That’s how bacon has found its way in our daily life. Whether it’s because of the combination of addictive flavors or your childhood memories, bacon is a cultural phenomenon that most likely won’t go anywhere anytime soon. 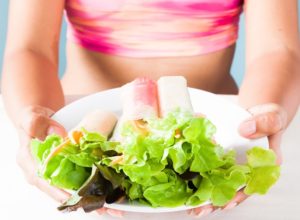 Is Your Nutritionist Actually Slowly Killing You?

Healthy Eating Series: Everything You Need to Know About Ketogenic Diet

How the Hipster Look Influences Fashion

The Lip Color Quick Guide: Tips to Get You Started the Right Way

Healthy Eating Series: How to Live with Nut Allergies