Pears are unpopular, but why? They’re so similar to apples, but somehow, they don’t seem to win our vote when we have the choice between pears and their rival – the classic apple. They’re an attractive fruit, and they’re sweet, delicious and nutritious. So, what’s the problem? Let’s travel back in time to better understand the curious case of unpopular pears.

Pears are an ancient fruit, originally from Western China. And as far back as 5,000 B.C., there are records of a Chinese diplomat, Feng Li, who gave up his position so he could graft pears and sell them.

His labor wasn’t in vain. Over the next several centuries, pears made their way to Europe, in modern day Italy, Switzerland, Germany, and Greece, along with other countries, where they were a welcomed fruit. In fact, the famous Greek poet, Homer, referred to them as “gifts of the gods.”

And many years later, Jean-Baptiste de La Quintinie, the botanist responsible for the famous Versailles palace gardens reported that “It must be confessed that, among all fruits in this place, nature does not show anything so beautiful nor so noble as this pear. It is pear that makes the greatest honor on the tables…”

Over all of these centuries, pears were cultivated again and again, and while there are about 3,000 pear varieties throughout the world, we could make a broad generalization, and say that there are basically two main types of pears. The first is what we now refer to as “Asian pears”, which are round fruits, like apples, and have a sweet, crispy pulp.

Then, there are “European pears”, which most of us are more familiar with. They have a bulbous shape, and a sweet, almost sandy texture. This is the type of pear which early English and French settlers brought to Canada and the United States as early as the 17th century.

Pear trees in North East America struggle against crop blights and cold temperatures. However, that wasn’t the end of the pear. Pioneers took them to the Pacific Northwest, in modern-day Oregon and Washington, where the climate and agricultural conditions seemed more favorable for this newcomer fruit.

And compared to Europe, where pears were cultivated by the grafting method, the farmers in the United States cultivated pears by seeds, which lead to a greater variety than existed previously in Europe.

Furthermore, all of this crossbreeding helped to develop a fruit that was a bit more resilient to cold and disease – two problems which the pear is usually very susceptible to.

To this day, the Northwestern United States is a region particularly favorable to pears, where the state of Washington leads pear production in the US.

So, why isn’t this “gift of the gods” and “noble” fruit more popular here in the US?

The Washington Fruit Research Commission funds fruit projects throughout the US and while apples received $1.7 million, pears got around $590,000.

According to horticulture researcher, Amit Dhingra, it all boils down to research and marketing.

Dhingra, whose passion for pears has earned him the name “Yogi Pear”, believes that pears are more delicious than apples, but they simply can’t compete with apples because it’s the apple that gets most of the research and marketing funding.

To help put the unpopular pear in context, here are some figures to consider. The Washington Fruit Research Commission funds fruit projects throughout the US. Apples received $1.7 million. Pears? Around $590,000.

So, pears don’t receive half the research funding that apples do. This means pears aren’t getting any better or becoming any more resilient. And consumers don’t get a wide variety of pears to choose from in the same way they do with apples.

It doesn’t help that pears can be a bit finicky, too. In fact, one Redditor shared that “I love pears, but they’re really temperamental. They bruise so easily and turn to mush as fast as possible. apples, oranges…even bananas are easier to keep.”

Was it just bad luck for this one consumer? Not at all. According to Kate Evans, the woman behind Washington State University’s tree-fruit breeding program, “Pears are much more difficult to get out to the consumer at the right stage to eat.”

That’s because as opposed to apples, which ripen on the trees, pears need an additional 30 to 60 days after being picked before they’re ready to be eaten. Needless to say, the apple is a much easier fruit to harvest, store, transport and sell. And since consumers purchase more apples than pears, that’s where so much of the research funding continues to go.

Therefore, it might seem like a lost cause for the too-mushy, precious pear, even if it is s “gift of the gods.”

But Dhingra won’t give up so easily. He believes that convenient packaging, where pears are sold in slices, rather than as whole fruits, can help consumers purchase the just-ripe pear, and avoid disappointment. He believes this could help boost the pear’s popularity.

Apart from a lack of funding for research and development, another potential reason why pears are just not as popular as apples is their cultural significance or their lack thereof.

This has already been a successful move for apples. In fact, once sliced apple was introduced to the market, apple production increased from 4.9 billion pounds to 6.6 billion pounds. To keep apples fresh, manufacturers use a compound called, SmartFresh, to prevent the ripening process, and they can use the same compound for pears.

The only problem is that this compound keeps pears from ripening into that sweet, juicy fruit that we all want to eat. So, Dhingra developed an additional compound that allows SmartFresh to slow the ripening process, while also making this fruit edible for consumers.

But apart from a lack of funding for research and development, another potential reason why pears are just not as popular as apples is their cultural significance or their lack thereof.

Think about the many everyday, commonplace references we have for apples: “You’re the apple of my eye.” “You’re comparing apples and oranges.” “An apple a day keeps the doctor away.”

One of the most popular cities in the world, New York, is known as The Big Apple. And of course, an apple pie just might be the most quintessential American baked dessert there is.

Then, there is Eve, in the Garden of Eden, tempting Adan with a forbidden apple. This might explain why they’re a popular fruit even in Brothers Grimm fairy tales, such as Snow White.

It’s hard to imagine a pear stepping in and replacing any of these apples, isn’t it? Instead, pears are associated with, well, what are they associated with?

Instead of apple pie, we have the more finessed poached pears, which are cooked in wine. And then we sing about the “partridge in a pear tree”, every year as part of the Christmas carol, “The 12 Days of Christmas.” But when you think about it, pears haven’t really nestled into US culture the same way apples have.

As you can see, the apple takes the cake much more than the pear does in US culture. And perhaps it’s this, combined with the mass production and cultivation of apples, that keeps pears in second place. 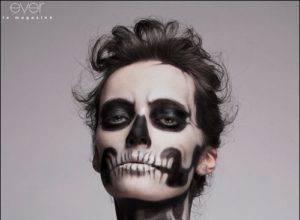 Mushroom Coffee: Start Your Morning with a Cup of Fungi

The Incredible World of Pasta: 14 Creative Pasta Dishes You Have to Try