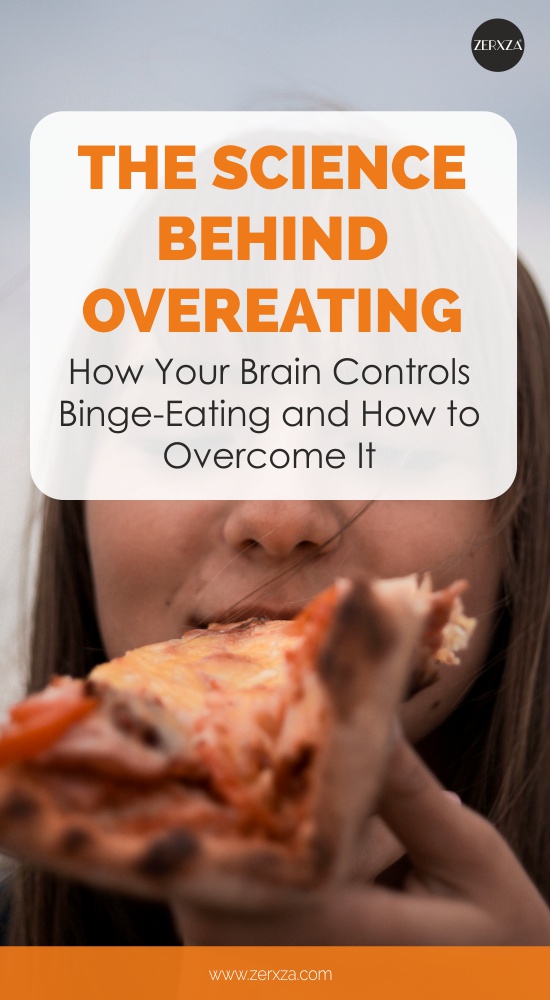 Many of us have been there: overeating tasty foods even when we feel full already and know that physically we couldn’t eat more. Adult obesity is becoming an epidemic with obesity rates exceeding 35% in several states. But why can’t you stop overeating?

Scientists from UNC School of Medicine tackled this question in the latest study that unraveled a specific brain circuit that sends us a signal: eat as much as possible, even if it shouldn’t be humanly possible to consume any more food.

Because of a network of cellular communication deriving from the emotion-processing portion of our brains, our brain seems to send a signal to not stop eating if the food tastes really good. Evolution is the one to blame here for the existence of such circuit as our brains are hardwired to consume as many calories as possible – because there was a time when food was scarce, so our brains influenced us to consume massive amounts in the fear of not knowing when you could find food the next time.

Now that we have a plethora of food easily available – and a huge load of that food is calorie-rich – this circuit has lead to overeating since your brain tells you to eat, even when you don’t really need to.

This kind of pleasure-driven overeating has often been referred to as “hedonic feeding” or “hedonic hunger” which describes the sensation of consuming food not to gain energy but to gain pleasure. Hedonic feeding derives from times when famines were common, so humans tried to binge as much food as possible to store energy for later – this kind of habit was essential back then from a survival point of view.

MORE FROM ZERXZA:  The Connection Between Sugar & Lung Cancer: Is It Real?

The problem is that nowadays, we have plenty of food available, but this hedonic effect still exists in our brains.

Some experiments have found a protein called nociceptin which may be involved in sending us the signals to consume tasty food more. One possible way to curb hedonic feeding is to block the activity of nociceptin with so-called anti-binge-eating drugs, something that drug developers are trying to achieve right now.

With this study, Thomas Kash, Ph.D., the John R. Andrews Distinguished Professor in the Department of Pharmacology and his colleagues explored the nociceptin circuit that activates when eating calorie-rich food. They found out that the whole process starts from the amygdala – the emotion center of our brain.

“Scientists have studied the amygdala for a long time, and they’ve linked it to pain and anxiety and fear, but our findings here highlight that it does other things too, like regulate pathological eating,” said Kash about their findings.

When half of the nociceptin neurons were removed, binging was reduced while not affecting the consumption of regular food.

As the first author of the study J. Andrew Hardaway, Ph.D., research assistant professor of pharmacology at the UNC School of Medicine, stressed: everything we eat is being “categorized” in the brain according to its pleasure spectrum and it is largely connected to the amygdala.

This study leads the way towards finding possible treatments for obesity and binge-eating in general, but scientists believe it could even lead to finding new treatments for depression, pain and substance abuse.

How to overcome emotional pleasure-eating

When we’re sad, we grab a bar of chocolate. When we’re stressed, we reach for ice-cream. When we’re tired or jaded, we opt for fast food. Hedonic feeding is nothing new but it’s no secret it contributes to weight gain and, as a result, causes various health issues.

MORE FROM ZERXZA:  Healthy Eating Series: Everything You Need to Know About Fats

So how to combat it? While scientists are close to finding a “cure” for binge-eating, just opting for drugs is not the option. There are plenty of ways you can gain control of emotional eating and train your brain to forget about those evolutionary kinks that made you crave for more food before.

The secret to overcoming emotional eating is all in your mind. Since binging is often triggered by emotions and your brain’s desire to seek pleasure from food, it’s essential to analyze your emotions better to battle against those desires.

To do that, you can start a food diary where you write down everything about your eating habits – from what you’re eating and how much you’re eating to what you were feeling. Sometimes, we don’t even realize how majorly our cravings are connected to emotions, but when you see it all written down, it helps you to understand the connection more clearly.

Analyze your thoughts and cravings

Often, when we are about to buy a huge load of junk food, we aren’t really aware of why we’re doing it. Is that hunger feeling really physical? Or is it just emotional?

When you get a craving, take a moment to think about the reason behind that craving. Is it just because you “want something tasty”? If so, refrain from going to the store since it means the start of a new binge-eating session. Give yourself these reality checks daily.

Find something else to do

Many opt for unhealthy foods and unnecessary snacks just because they’re bored or the process of eating is just so “fun” – since your pleasure center is triggered.

Don’t go to the store when you’re emotional

So, you just got an angry call from a boss and feeling bad because of that? The first thing you do should not be a visit to the grocery store.

When we’re emotional – especially angry or sad – we tend to seek the feeling of happiness from food since it triggers the pleasure center. When you’re feeling down, give yourself some time to calm down and visit the store afterward.

Healthy balanced diet might not seem so satisfying since it might not trigger the same pleasure has calorie-rich fast food, but the best way to battle against that is to keep your emotions in check and analyze them on a daily basis. Overeating is in your head – and it’s possible to get out of that habit.

Healthy Eating Series: How to Stay Healthy with the Whole30 Diet

How to Keep Your Blood Sugar Normal with Your Diet