4 Things You Can Do If Your Water Heater Is Leaking

Is Food Intolerance Really an Allergy or Just a Mental Issue?

Many people claim to have some sort of food intolerance even if they really don’t. For some people, being gluten-free or dairy-free is a trendy lifestyle choice. But for others, these are necessary dietary restrictions due to allergies and auto-immune disorders.

Because food restrictions have become a widely accepted epidemic, people with true allergies aren’t taken seriously. How can you tell if you’re intolerant to foods, or just following another food fad?

What’s the difference between allergies and intolerances?

Allergies are said to create acute and immediate symptoms that can be life-threatening, and involve an immune system response. On the other hand, food intolerances seem to cause generally milder symptoms and don’t trigger the immune system.

While reliable medical testing can determine many food allergies, there isn’t a reliable intolerance test for most foods, except for dairy. So, if people can’t always know for sure if they have a food intolerance, why do they say they do? 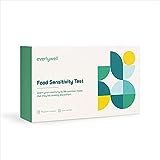 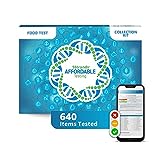 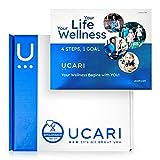 Do We Need to Feel Special?

There is something tantalizing about having food issues. Whether you have legitimate allergies or mild intolerances, some people enjoy how it sets them apart. It’s satisfying when people cater to you, and it’s also an effective way to be the center of attention.

This may be a good reason for some people to say they have food intolerances.

Are You Intolerant to Food, Or To Everything That Gets Added To It?

Some people have fallen prey to the clever marketing campaigns promoting dairy and gluten substitutes. These advertisements don’t just sell to people who have diagnosed allergies. These ads also promote a healthier option, which countless others believe will improve their lifestyle, too.

For example, gluten does cause inflammatory symptoms, plain and simple.  And because most gluten is genetically modified, and heavily treated with harmful chemicals, it’s hard for some people to digest it.

The same can be said of dairy products. Even if you’re not allergic to milk per se, you may suffer adverse reactions due to everything else that’s added to the milk.

For example, cows are given heavy doses of antibiotics, medications, and hormones, and this can remove beneficial properties from it.

Is It a Health Conscious Decision?

But if you’re trading one starchy plant source (like wheat) for others (like rice, potatoes, and corn), you’re not reducing starch or carbohydrates, you’re just switching the plant sources around. If you’re doing this, you may be consuming a whole lot of calories.

What’s more, many gluten-free alternatives are usually loaded with sodium, sugar, additives, and preservatives. Clearly, this is not an optimal alternative either.

Is It All In Your Head?

Because it’s so difficult to get a clear medical diagnosis for food intolerances, many people can only rely on several other factors.

For example, there’s a lot of fear surrounding gluten and dairy. What’s more, when you see so many alternatives popping up in the market, you’re naturally going to think that something was wrong with the first option.

You may feel discomfort and pain after eating certain foods, but it can be maddening to know which food causes the problem.

Foods can either be safe or harmful depending on many factors: Is it raw or cooked? Organic or GMO? These factors influence your body’s response to what you eat.

They believe that unless you have a clear diagnosis for your condition, they can’t take you seriously.

British cooking star, Nigella Lawson, said that “people are using certain diets as a way to hide an eating disorder or a sense of unhappiness and unease with their own body.” For some people, this may be the case. Justifying your dietary choices with food intolerance can mask a more serious medical condition, like an eating disorder.

However, certain foods do make others feel unwell, both mentally and physically. And it’s important to not condescend or judge these folks. At the end of the day, most people are just trying to feel well. This may mean avoiding foods that cause discomfort.

Or, they avoid foods that they’ve come to associate with pain and discomfort on a psychological level.

Do You Have an Allergy or Intolerance?

Because the medical field has yet to develop a reliable test for food intolerances, what are you supposed to do? Should you be vilified if you avoid foods you’re not officially allergic to?

If you get allergy testing done and the results were inconclusive, try the following ideas to rule out any food intolerances.

Our food choices are influenced by our values, beliefs, and societal pressures. Even though food intolerances are trendy, it’s important to remove the stigma while you work to understand what your allergies and intolerances truly are.

How to Remove Stains from Your White Fabrics

Psychological Reasons Why Children Don’t Like to Eat Vegetables

Everything You Need to Know About Cholesterol | Healthy Eating Series