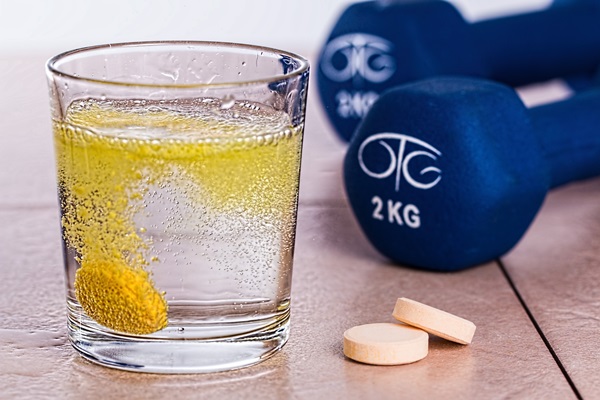 Just a little under 2 months ago, 25-year-old bodybuilder Meegan Hefford was pronounced dead after having been found unconscious in her apartment according to Australia News 7. The cause of Hefford’s death was marked as “intake of bodybuilding supplements”, but after her death, it was found out she had a rare genetic disorder which actually prevented her from metabolizing protein properly, leading eventually to her death.

The tragic death has caused quite a controversy among supplement proponents and opponents as it can be argued whether the true cause was indeed her protein-rich diet but her mother begs to differ as she’s certain her daughter would still be alive if she wouldn’t have taken bodybuilding supplements.

Hefford was found to have a disorder called urea cycle disorder which prohibits the body to break down protein. A healthy body can remove waste products such as nitrogen from the blood when the body metabolizes protein, but the rare disorder stops it. Due to this, nitrogen accumulates in the blood and unfortunately reaches the brain eventually, causing damage, coma and death, according to cnn.com.

One of the trigger points that might cause the nitrogen to accumulate in such way, can be high-protein diet, such as the one Hefford followed. She reportedly consumed protein-rich foods, protein supplements and protein shakes which all contributed to her disorder worsening and leading to death.

Hence the cause of her death was pronounced to be the intake of protein supplements as her disorder might not have lead to this if she would have stayed on a balanced healthy diet without heavy consumption of proteins.

Urea cycle disorder, though a relatively rare disorder, is estimated to occur once per every 8500 births. However, what’s troubling, is the fact it’s relatively hard to diagnose and often remains undiagnosed.

Though UCD is often believed to only occur in children, there has even been a case where a 85-year-old got diagnosed with UCD.

MORE FROM ZERXZA:  Truth or Myth: Tortilla Chips are Healthier than Potato Chips?

Symptoms may include disliking meat (a way of your body saying you shouldn’t eat protein-rich foods!), vomiting, nausea, hyperactive behavior or contrary to that – being tired, feeling fatigue.

Symptoms like these are unfortunately common and for that reason people don’t think much of having mild fatigue or disliking a piece of red meat.

What’s more, to detect the condition, a serum ammonia level test must be done but it is not a routine procedure in ER.

Urea cycle disorder is untreatable, but sometimes all it takes is a balanced diet where protein is consumed less. In more severe cases, other treatment might be necessary or if everything else fails, a liver transplant will be done.

Unfortunately in Hefford’s case it was too late and consuming too protein-heavy diet lead her condition to trigger-point.

Meegan’s tragic death shocked thousands of people, especially because of her young age and the controversy around her death. Those supporting supplements rallied pro-supplement, those against supplements emphasized that Hefford’s death is an example of what supplements can really do to you.

It’s true that this is not the first such case and there have been other athletes previously who’ve died due to overly big protein consumption while not knowing of their rare health condition.

Even for a healthy body, consuming too much protein is problematic. Risks of cancer, shorter lifespan and stress on your kidneys are not issues to be taken lightly. Dr. Mercola has also explained some of the risks, stating that “consuming excessive protein can actually be quite detrimental to your health”.

However, that’s the case with ANY nutrient and ANY aspect in our lives. If you consume something excessively, no matter how good it might be for you in moderation, it can in fact cause your body serious damage.

MORE FROM ZERXZA:  Healthy Eating Series: How to Stay Healthy on the Paleo Diet

The unfortunate and sad story of Meegan Hefford should be taken as a caution story. Supplements, even though they might be useful and help your body in different aspects, must be taken cautiously and in moderation.

Even if you think you are 100% healthy and you are ready to “pump up” your body on protein-rich diet, think beyond the muscle gain and think of long-term health. And please consult with a medical doctor before you make a drastic change in your diet and lifestyle. Don’t take this lightly and don’t think you are “wasting” doctor’s time. You might be saving your life!

So don’t blame only the supplements, but don’t treat them as candy. No matter how delicious protein shakes are and no matter how many nutritionists have told you the pros of eating protein-filled foods, don’t play with fire. Supplements might kill you if you treat them unwisely and eat supplements as if they were M&M’s.

Your Beauty Products May Be Killing You Silently

Is Sex Important for Building a Healthy Relationship?

Brand Eating: Is There Any Point to Choosing Brand Names Over Generic?