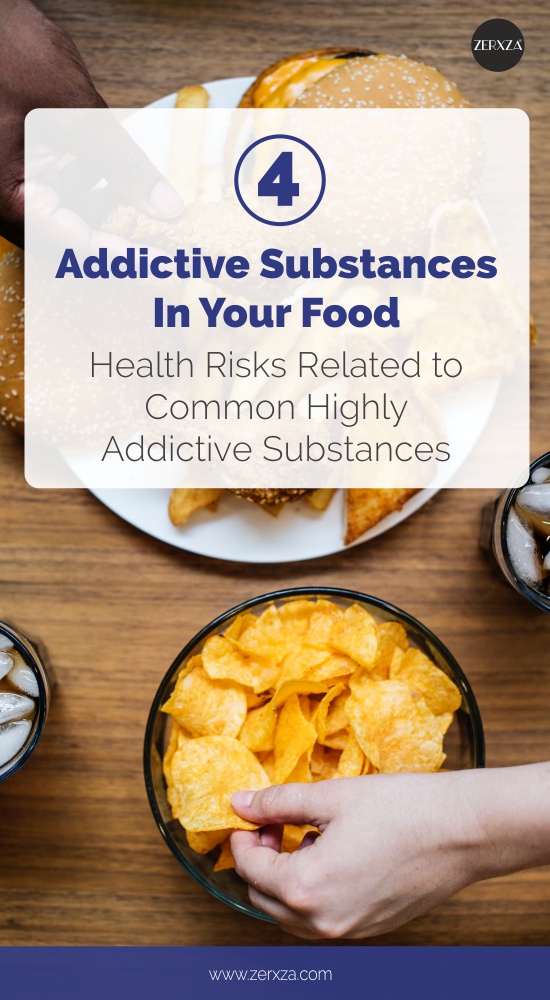 And guess what – some might be in your diet! It’s an unnerving topic, but it’s something you should definitely think about.

Monosodium glutamate, or MSG, is a prominent additive used to enhance flavor in foods. It’s a concentrated form of sodium salt and it typically shows up in fast food or junk food.

Before the formulation of MSG, glutamic acid had been present and naturally occurring in foods, especially in a seaweed broth, typical to Asian cuisine.

At the turn of the last century, Japanese researchers were able to extract glutamate from broth and create a flavor-enhancing substance called monosodium glutamate.

It’s still popular today, and it comes in handy for food manufacturers that have to make cheap food smell great and taste even better. MSG transforms a bland and low-quality food into something tantalizing and even addictive.

But MSG doesn’t just make burger or fries taste better. It actually interferes with your appetite hormones, making you feel hungry even after you’ve eaten your fill.

The Food and Drug Administration (FDA) says MSG is “generally recognized as safe”, but you should know that MSG has been associated with some pretty nasty reactions.  These include headaches, nausea, numbness, flushing, tingling, palpitations, and drowsiness.

The most common reaction to MSG is a set of symptoms that have earned the name, “Chinese restaurant syndrome,” due to the large amounts of MSG some Chinese food restaurants have been known to use in their dishes. That food coma you feel after Chinese takeout? You might be able to blame it on this addictive food additive, MSG.

MORE FROM ZERXZA:  Sushi for Beginners: All You Need to Know About Sushi

What’s casein? It’s a naturally occurring protein in milk. In fact, casein protein makes up about 80 percent of the protein in dairy milk. The other 20 percent is made up of whey protein.

But casein, in and of itself, has addictive qualities. Why is casein addictive? Well, milk contains morphine. Yep, that’s right. Milk contains opiate-like chemicals and we can get hooked on them.

Fast food chains are fully aware of this and use dairy in just about everything they can – and not just the cheese on your Double Cheeseburger. Dairy finds its way into bread products, baked goods, dressings, meats and more.

In fact, if you ask people to give up dairy products, cheese is usually the most difficult thing to give up. Why? Because it’s the most concentrated casein product out there, and because of this, it has a high morphine content, too.

So, if you crave dairy and cheese products, but have a hard time limiting yourself. It’s not that you’re weak! It’s that dairy is literally like a drug for some people.

Sugar is just about everywhere – even foods where you least expect it – like tomato sauces, bread, ketchup and more. But it sneaks into just about everything these days and that’s a problem.

Why? Because in the words of Cassie Bjork, R.D., L.D., “Research shows that sugar can be even more addicting than cocaine.”

Bjork explains that “Sugar activates the opiate receptors in our brain and affects the reward center, which leads to compulsive behavior…Studies suggest that every time we eat sweets we are reinforcing those neuro-pathways causing the brain to become increasingly hardwired to crave sugar, building a tolerance like any other drug.”

And research from Princeton University confirms this. In animal studies, scientists observed that consuming sugar triggers a surge of dopamine in the brain. And in order to keep this dopamine high, it’s necessary to consume even higher amounts of sugar.

When sugar is withheld, withdrawal symptoms, like chattering teeth and anxiety, show up. And when sugar is re-introduced, a relapse occurred and subjects consumed even larger amounts of sugar than they had before.

You might brush this off and say “No big deal”, but excess added sugar can lead to binging, craving, withdrawal symptoms, and sensitization in people, too. According to Alan Greene, M.D., “Sugar addiction could be an even harder habit to break [than medical addiction].”

This is pretty scary if you think that sugar is a prevalent and over-used ingredient in processed and prepared foods. Unfortunately, many of us may have developed an addiction to sugar without even realizing it.

The health risks of sugar have been well-documented. But let’s just say that too much sugar increases the risk for obesity, diabetes, heart disease, a weaker immune system, accelerated aging, tooth decay, gum disease, increased stress and nutrient deficiencies.

Foods that are high-fat and high-sugar can overload the brain’s pleasure centers. When you eat them, you get a nice rush of dopamine. But you’ll start to develop a tolerance to them and need more and more of them to experience pleasure.

What are these high-fat and high-sugar foods? This study identifies the top offenders as:

What do these foods have in common? They are all processed, prepared foods. What’s more, many of them are engineered to taste amazingly good, or to be “hyperpalatable.”

So, you want to eat these foods, but guess what, most of them are high-fat and high-sugar foods. Not only is that the perfect recipe for addictive foods, but they’re also incredibly unhealthy for you.

MORE FROM ZERXZA:  Crock Pot versus Dutch Oven: Which is Better?

High-fat combined with high-sugar contributes to weight gain – plain and simple. Much of the time, the type of fat used in these foods is unhealthy for you. Finally, we’ve already seen that diets high in sugar can wreak havoc on health.

It’s scary to think that our foods can be so addictive and dangerous to our health. But the truth is, they can be. Look out for MSG, casein (and dairy, in general), along with sugar, and high-fat/high-sugar foods. They can all increase the risk of food addiction and health problems.

Candy Danger: Find Out What Your Child Really Eats

Maternity Fashion Doesn’t Always Have to Be Terrible: Tips to Make Your Tummy Work

Makeup Free Life: Is it Possible and How You Can Still Look Pretty

Healthy Eating Series: All About Cravings

How to Stop Being Too Touchy: Expressing Your Emotions The Right Way